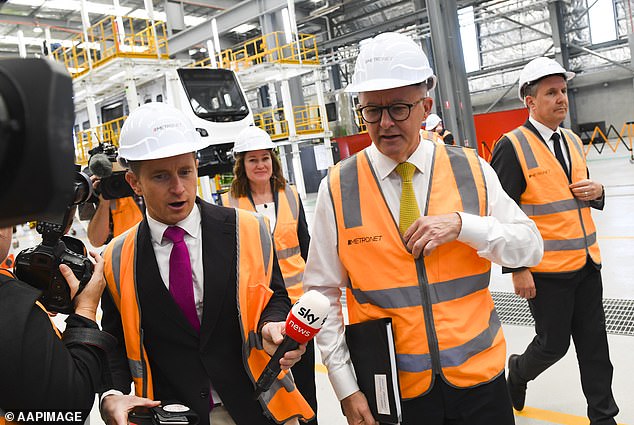 Anthony Albanese has been chased out of a press conference by reporters after he refused to answer questions about how much Labor’s election policies will cost.

Western Australia Premier Mark McGowan was left watching on awkwardly as the Labor leader turned on his heel and left the room on Tuesday afternoon, cutting short a campaign appearance at the MetroNET manufacturing facility in Perth’s east.

A baffled Mr McGowan described the scene as ‘madness’ as several journalists chased the Opposition Leader out the door, demanding he answer their questions.

‘We are following you for answers Mr Albanese and you are now just not giving them,’ he said.

‘You have to answer eventually.’

Australia’s major political parties typically release details of the cost of their policies just days before a Federal election.

Prime Minister Scott Morrison’s Coalition had earlier today released full details of its costings – leading reporters to bombard Mr Albanese for details of his own costings.

He had pledged to release the details after the Coalition’s campaign launch on Sunday and has since pointed to Thursday as the day where the costings will be revealed.

Mr Albanese left the room after just 13 minutes of questions – most of them regarding Labor’s deficits and the proposed World Health Organisation’s pandemic treaty.

Instead all he gave away was that the ‘costings and expenditures which we have made have been responsible’.

‘They pale into insignificance compared with the waste and the rorts that are riddled through (Josh Frydenberg’s) budget,’ he said. 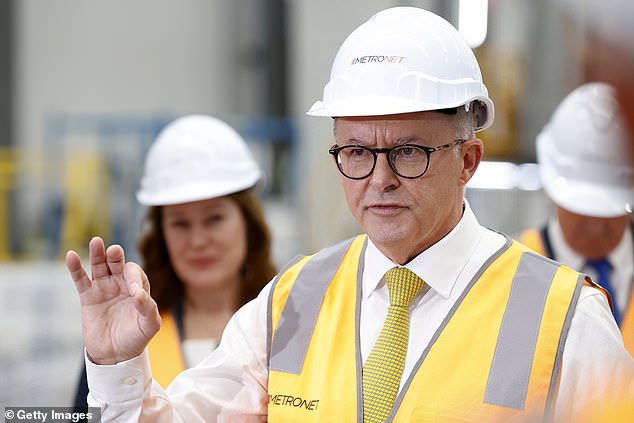 ‘$5.5 billion on French subs is more – is more – than any of the commitments that we have made during this election campaign, the largest of which is for childcare.’

The Coalition claims Labor is being ‘disingenuous’ with voters for not having policies independently costed by the Parliamentary Budget Office.