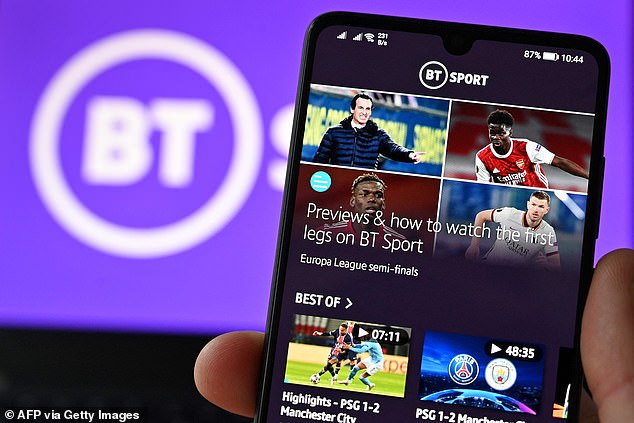 BT Group has agreed to form a new sports joint venture with Warner Bros Discovery in the UK and Ireland.

As part of the deal, BT will receive £93million from Warner Bros and up to £540million earn-out from the joint venture, if certain conditions are met.

The 50:50 joint venture will bring together BT Sports and Eurosport.

It should, in theory, improve the content on BT Sport immediately and make the business stronger when bidding for content like UEFA Champions League rights in the future.

It’s a deal: BT Group has agreed to form a new sports joint venture with Warner Bros Discovery in the UK and Ireland

BT has also signed a long-term deal with Sky on content sharing, the latest sign of how the two former fierce rivals are increasingly working together.

BT boss Philip Jansen said: ‘We have finalised the sports joint venture with Warner Bros. Discovery to improve our content offering to customers, aligning our business with a new global content powerhouse.’

Telecoms giant BT today also announced a final dividend of 5.39p a share, taking the total dividend for the year up to 7.7p a share.

BT’s adjusted EBITDA climbed 2 per cent to £7.6billion, while profits before tax increased by 9 per cent.

But, the telecoms giant saw its annual revenue slip by 2 per cent to £20.9billion, as supply chain problems and a prolonged recovery from Covid-19 weighed on its topline. The £20.9billion was lower than analyst forecasts of around £21.4billion.

BT said trading was ‘on the right track’, despite the dip in revenue seen in the past year.

The company has hiked its cost-saving target to £2.5billion by the end of the 2025 financial year, after delivering £1.5billion worth of savings in the last 12 months. 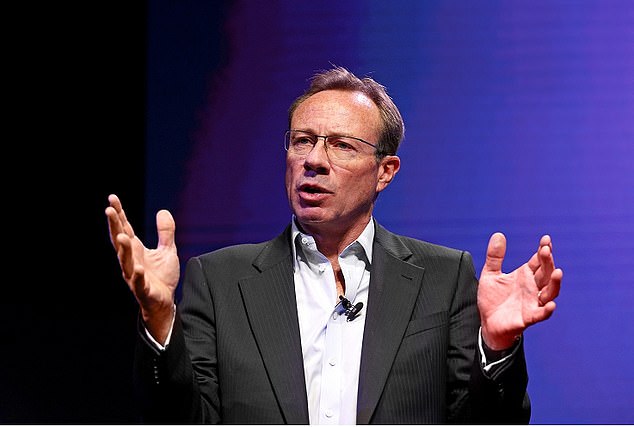 In charge: Philip Jansen is the boss of BT Group

It added: ‘For the first time, all BT brands generated complaints rates lower than or equal to the industry average across landlines, broadband and mobile, per the latest Ofcom complaints data.

EE continue to have the equal lowest proportional volume of complaints for mobile.’

The group said it had around 800,000 customers on ‘Home Essentials’ and other discounted or subsidised tariffs.

Jansen said: ‘BT Group has again delivered a strong operational performance thanks to the efforts of our colleagues across the business. Openreach continues to build like fury, having now passed 7.2million premises with 1.8million connections; a strong and growing early take-up rate of 25 per cent.

‘Meanwhile, our 5G network now covers more than 50 per cent of the UK population. We have the best networks in the UK and we’re continuing to invest at an unprecedented pace to provide unrivalled connectivity for our customers. At the same time we’re seeing record customer satisfaction scores across the business.

Looking ahead, Jansen said: ‘While the economic outlook remains challenging, we’re continuing to invest for the future and I am confident that BT Group is on the right track. As a result, we are today reconfirming our FY23 outlook for revenue growth, EBITDA of at least £7.9billion and also the reinstatement of our full year FY22 dividend, as promised, at 7.7 pence per share.’

John Moore, senior investment manager at Brewin Dolphin, said: ‘BT has been through a highly challenging period, but today’s results tentatively suggest there are signs of more encouraging times ahead for shareholders.

‘The joint venture with Warner Bros Discovery is a potentially exciting development in a highly competitive market and continues to differentiate BT’s entertainment offering.

‘Meanwhile, Openreach’s strong performance and the reinstatement of the dividend, despite the expected dip in revenues, are also positives. Overall, there is room for optimism, but BT’s capex commitments will likely remain a headwind in the months ahead.’

City Index Market Analyst, Joshua Warner, said: ‘The rollout is accelerating but BT Group has a long way to go before its converged network offering faster connectivity is fully unleashed across the UK.’

Keith Bowman, an investment analyst at Interactive Investor, said: ‘In all, the competitive environment remains intense, with rivals such as Sky competing hard to win broadband services.

‘Shareholder returns are also not what they once were given heavy investment in network expansion. The cost-of-living crisis could also force some customers to cut back on non-essential purchases and subscriptions, potentially including BT’s pay-television sport service.’