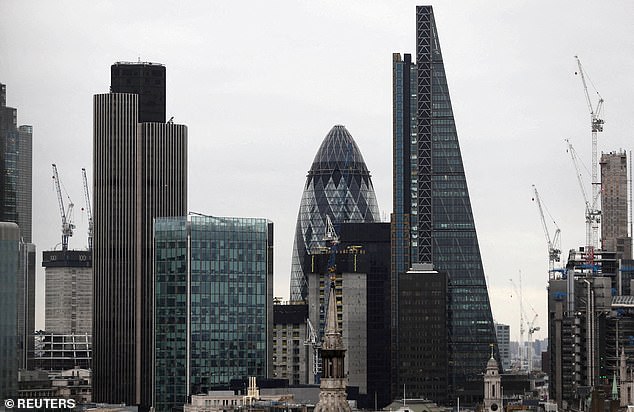 City bosses should face jail sentences if they fail to prevent economic crime, a prominent group of MPs has demanded.

Executives at firms from High Street banks to accountants must be held responsible for failings in their checks and balances, if the UK is to tackle the ‘flood’ of dirty money washing across its borders, the cross-party group warned.

The MPs, headed by Labour’s Dame Margaret Hodge and Tory Kevin Hollinrake, have published a ‘manifesto’ on economic crime urging the Government to step up the fight against fraud, money laundering and other insidious practices.

Dirty money: A group of  MPs has published a ‘manifesto’ on economic crime urging the Government to step up the fight against fraud, money laundering and other insidious practices

Hollinrake, who sits on Parliament’s Treasury Committee, said: ‘Far from being a white collar issue that doesn’t affect our day-to-day lives, it facilitates drugs being sold to our children, violent crime on our streets, supports despots and leads to higher taxes and the impoverishment of nations.’

He said the UK’s willingness to turn a blind eye when the proceeds of economic crime are used to buy property and other assets – such as oligarchs snapping up central London mansions – also ‘funds and supports [Vladimir] Putin’s brutal hegemony’.

Dame Margaret said: ‘It is tragic that it has taken the war in Ukraine to bring the dirty money crisis to a head. We must act in a determined and effective way.’

The group praised the Government for pushing ahead with its Economic Crime Bill, but urged ministers to beef it up in the four key areas of transparency, enforcement, accountability and regulation.

On transparency, the Government must push ahead with a full reform of Companies House, the manifesto urged.

Hollinrake said: ‘People at the top of [financial] organisations need to think that if they don’t prevent this stuff [economic crime], or put the checks and balances in place, they could go to jail.

That will be the sea change we need in corporate behaviour.’

The manifesto also calls for an Office for Whistleblowers to protect and check the claims of employees who expose malpractice. And regulation should improve the way by which banks flag dodgy transactions.

Dame Margaret said the proposals were supported by ‘backbench MPs from across all political parties’.