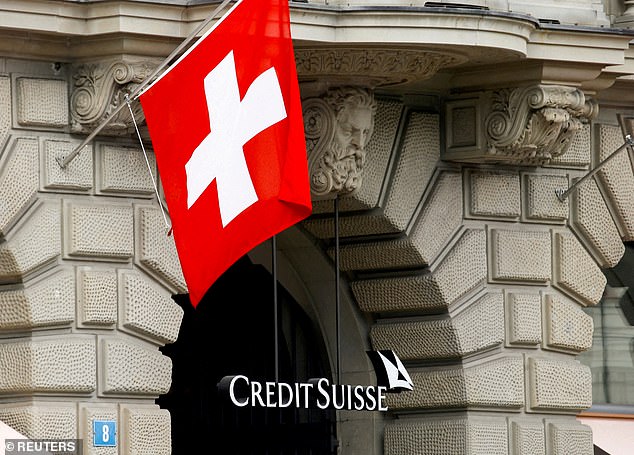 Credit Suisse clients have pulled billions of pounds out of the troubled bank in just over a month as fears over its future mounted.

On yet another grim day for the beleaguered lender, bosses revealed £74billion was withdrawn between the end of September and November 11.

Crisis of confidence: Credit Suisse bosses revealed £74bn was withdrawn between the end of September and November 11

The figures were published as Credit Suisse warned it was on course to make losses of £1.3billion in the fourth quarter, leaving it £3billion in the red over the full year.

The bank, which is drastically trying to shake up its structure following its involvement in a string of scandals, said the flows of money leaving in the first two weeks of October ‘substantially exceeded the rates incurred in the third quarter of 2022’.

When it unveiled its third-quarter results earlier this month, it blamed the desertion on ‘negative press and social media coverage based on incorrect rumours’.

Withdrawals had since slowed, it added yesterday.

But Credit Suisse’s reputation has been battered by its role in a series of scandals, from a spying debacle and its former chairman’s flouting of Covid rules, to the collapses of financial services company Greensill and hedge fund Archegos Capital.

Yesterday, the bank gained approval from its shareholders to push ahead with a £3.5billion fundraising designed to secure its future.

Chairman Axel Lehmann said the vote by shareholders ‘marks a further important step in our journey to build the new Credit Suisse’.

He added that the approval ‘confirms confidence in the strategy, as we presented it in October, and we are fully focused on delivering our strategic priorities to lay the foundation for future profitable growth’.

It plans to slim down its beleaguered investment bank, reviving the CS First Boston brand which it first acquired in 1988 and hiving off its deal-making and advisory business under this name.

Yesterday, Credit Suisse said its investment bank in particular had been ‘impacted by the substantial industry-wide slowdown in capital markets and reduced activity in the sales and trading businesses’.

Kian Abouhossein, an analyst at JP Morgan, said the bank was ‘not out of the woods yet in terms of stabilising the franchise’.