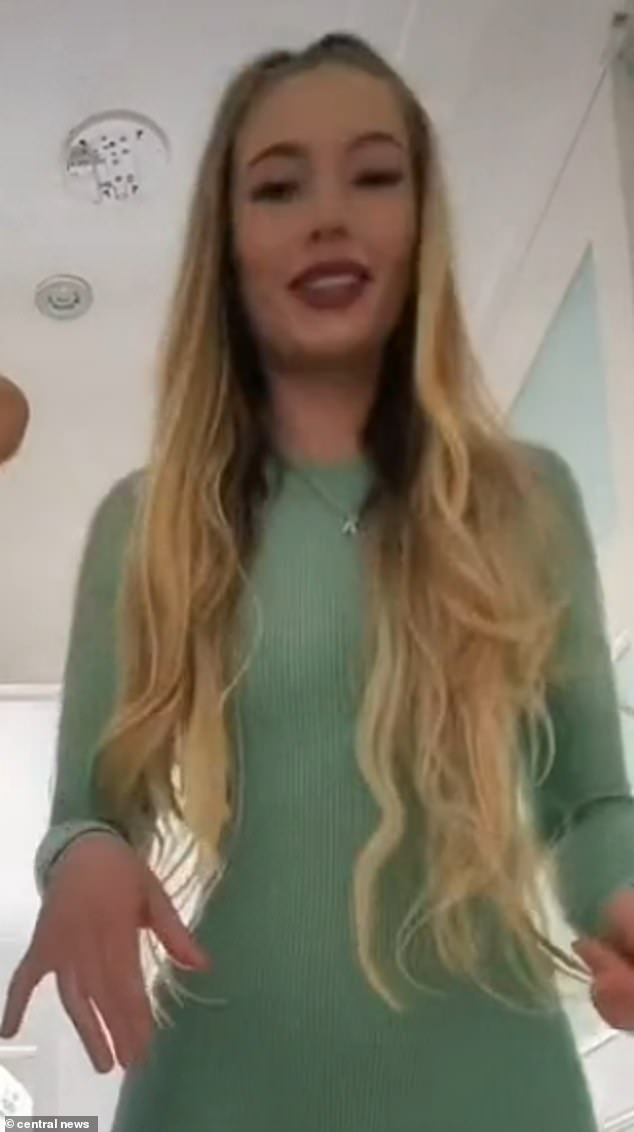 A delivery driver laughed and joked as he said he killed a millionairess in her home, a court heard.

Mohammed El-Abboud, 24, was living in victim Louise Kam’s house after his friend, chef Kusai Al-Jundi, 28, had promised to buy the property in a £6 million deal.

Mrs Kam, 71, drove her BMW to her house on Gallants Farm Road, East Barnet, thinking a lawyer would be there to finalise arrangements with the pair on July 26 last year, but would never leave the house alive.

The two men strangled her and dumped her body in a bin which was found three days later outside Al-Jundi’s home, the Old Bailey has heard.

Maria Amariucai, pictured, said she was in the house in Gallants Farm Road, East Barnet when Louise Kam arrived in her BMW on July 26, 2021. Later that day when Mohammed El-Abboud, 24, was driving her back to Coventry, the Old Bailey heard he said ‘he could not really believe that he had killed that lady’ 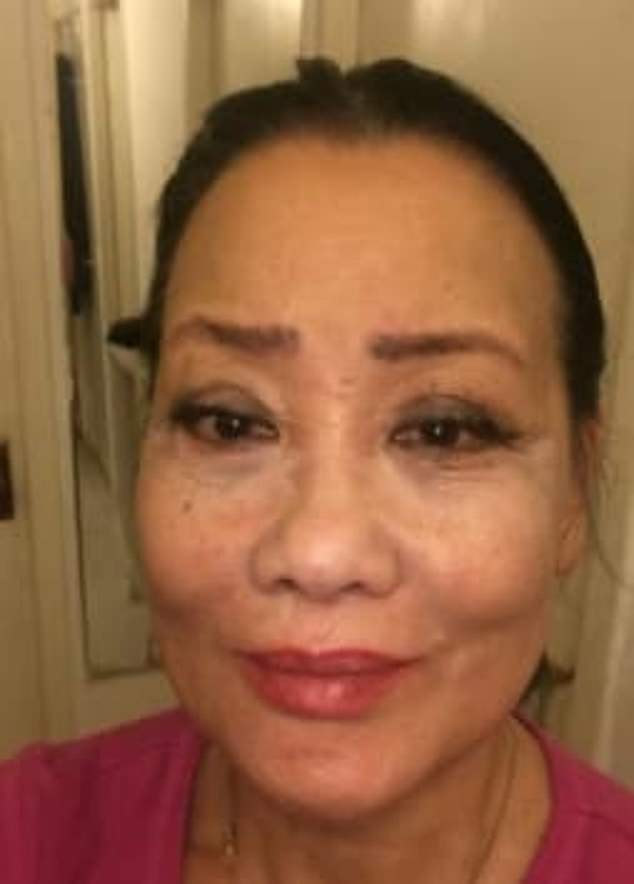 Louise Kam, pictured, was killed on July 26, 2021 after a meeting with Kusai Al-Jundi and Mohammed El Abboud – who both deny her murder – the court has heard

El-Abboud met fellow Romanian Maria Amariucai when they were working in a warehouse in Coventry and she came to visit him in London when he was staying at Mrs Kam’s house.

Shielded from the view of the two defendants by a velvet curtain, Ms Amariucai said Al-Jundi became infatuated with her and wanted to marry her, although she insisted they did not become not romantically involved.

‘He said he loved me and he would like to get to know me,’ she told the court.

In fact Al-Jundi was already married with children.

Ms Amariucai said she came to London to visit the two men around five times and was driven around by El-Abboud in a grey Audi TT taken by Al-Jundi from another woman.

Al-Jundi sent her messages describing her as ‘his Queen’ and she called him ‘my King’ and ‘baby’ in messages she sent back strewn with love hearts.

The aspiring model said Al-Jundi was very jealous and flew into a rage when he thought other men were looking at her at the restaurant where he worked. 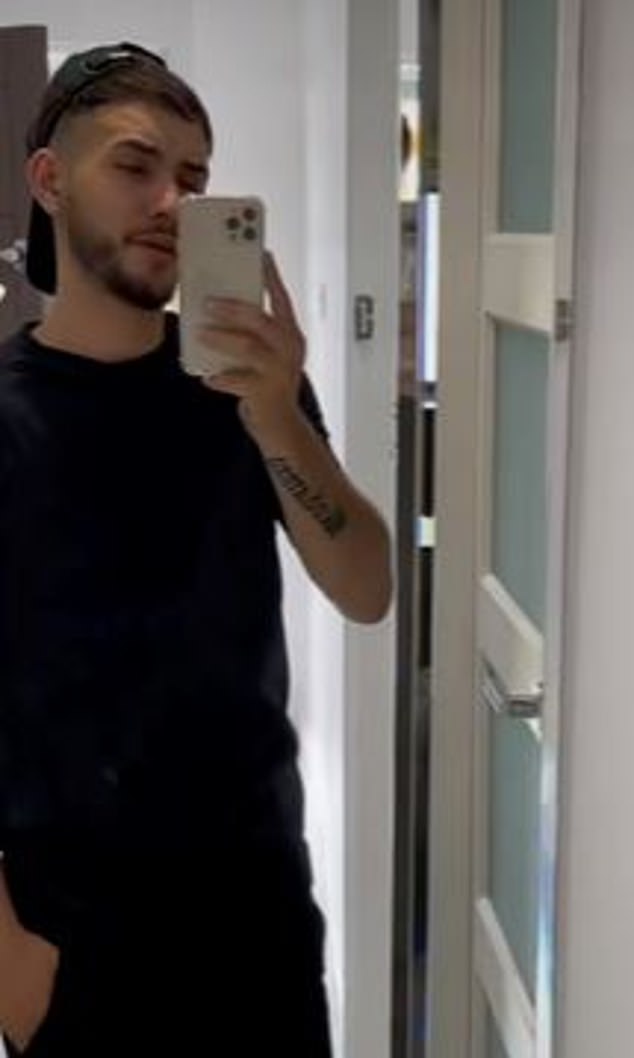 Ms Amariucai told the court, El-Abboud said to her ‘it was to do with a business agreement between the Chinese woman and Kusai’

He also grabbed her by the arm when she said she was going to an audition for modelling work.

Ms Amariucai was staying at the house on Gallants Farm Road when Mrs Kam arrived at the house in her BMW on July 26 and parked on the driveway.

Mrs Kam was at the house with El-Abboud for 27 minutes before Al-Jundi arrived.

Ms Amariucai said she did not speak to Mrs Kam because she was in another room, but she saw her sitting on the couch and the two men talking together in the kitchen.

Al-Jundi was in the house for 19 minutes before he took Ms Amariucai to buy a generous gift from a jeweller on Willesden High Road for £580.

Later that day El-Abboud drove her back to Coventry and they had a conversation after a meal in a chicken shop.

‘He said he could not really believe that he had killed that lady,’ Ms Amariucai told the jury.

She said El-Abboud did not say how he killed Mrs Kam.

‘Then he joked. It was a silly joke,’ she recalled.

In her police statement she said he laughed and said: ‘Do you want me to kill you too.’ 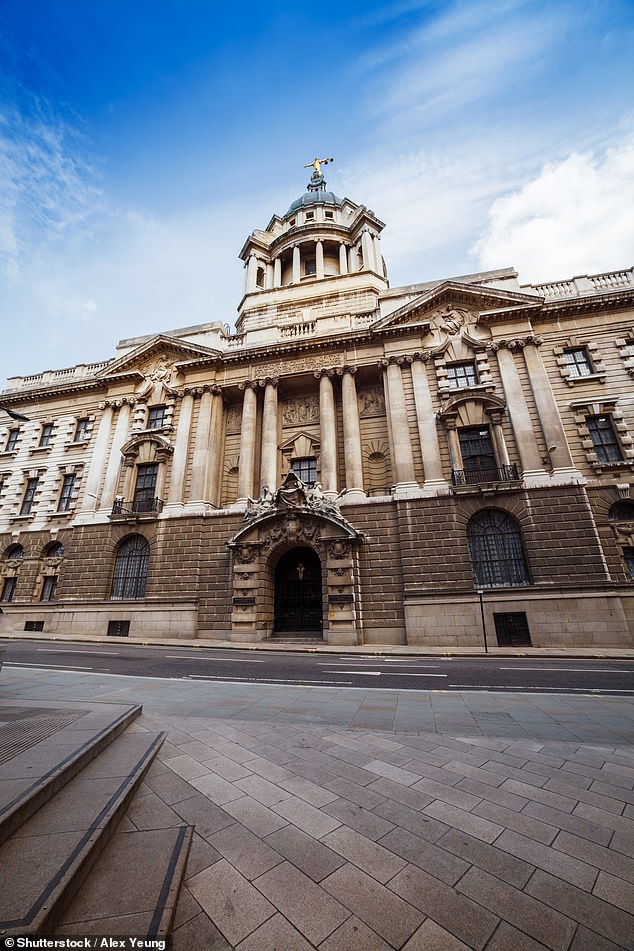 She said Al-Jundi claimed Mrs Kam owed him £2 million – and told El-Abboud to kill her and they would share the money.

‘He told me it was to do with a business agreement between the Chinese woman and Kusai,’ she told the jury.

‘He said he (El-Abboud) had taken her from behind.

‘He said said Kusai told him to kill the Chinese woman. Kusai was going to give him a share of the money.’

Ms Amariucai added: ‘He was scared and said something might happen to him.’

El-Abboud later said he need to go back to London to ‘clean up the house.’

Kusai later called her and got her to confirm he had been out buying jewellery on the day Mrs Kam disappeared.

Ms Amariucai said in her statement El-Abboud told her he wanted a share of the £2 million ‘to get back on his feet.’

He told her: ‘I will literally go and put all this money to my mum and I really don’t care about what is happening about me, about my life, I just want my mum to be well.’ 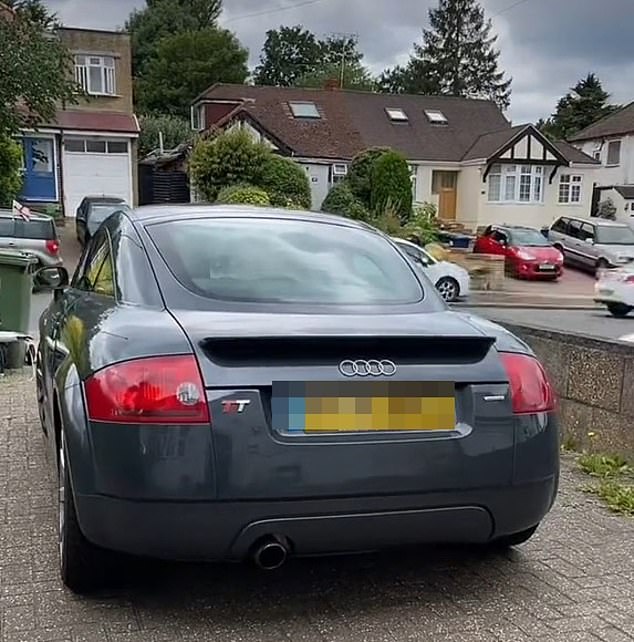 Al-Jundi worked at the Yasmeen Shamin restaurant in Willesden and Romanian El-Abboud did deliveries.

The court has heard how Al-Jundi told another woman that he would give her £57,000 for for her Audi TT and a Toyota Rav 4.

He had also declared his undying love for Anna Reich, who was in her sixties, but once the cars were handed over she never saw a penny of her money.

Al-Jundi had been promising Mrs Kam he would buy the house on Gallants Farm Road together with three flats and a shop she owned in Willesden High Road in the multi-million pound deal.

He told Mrs Kam he was being backed by Ms Reich – and tried to trick Ms Reich to come to meetings pretending that he needed her to help translate, the court has heard.