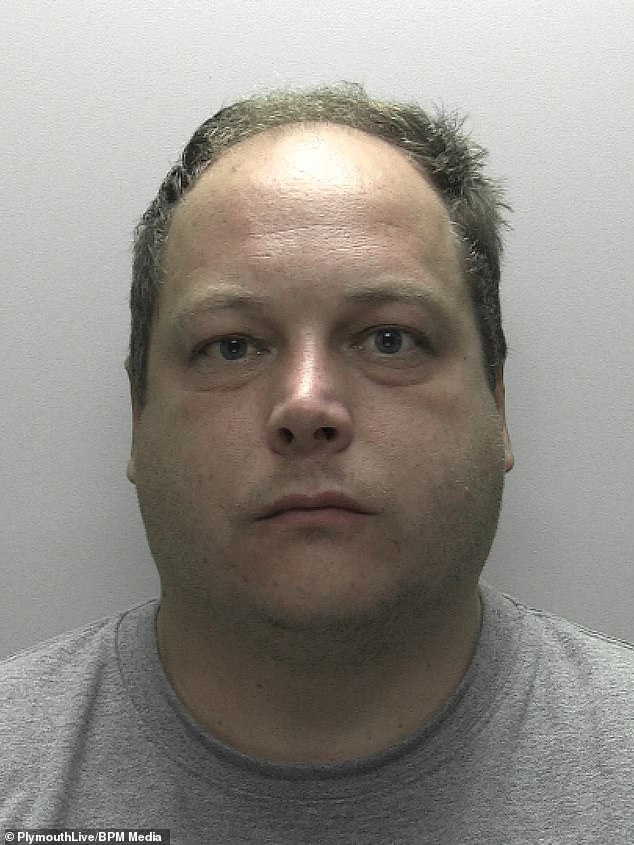 A father-of-two has been jailed after brutally beating up his vulnerable neighbour in his front garden after a long-running planning dispute, leaving him permanently disfigured.

Matthew Bennellick, 39, grabbed Andrew Tucker by the throat and rained down ‘ten or 15’ blows while shouting ‘die b*****d’ and telling the older man to ‘stay down’.

The savage attack took place in St Budeaux near Plymouth, Devon, on the morning of July 23 last year.

Plymouth Crown Court heard that there was a ‘long standing dispute’ between the two sets of neighbours – who had lived next door to each other for 12 years – over a ‘building control application’ made a number of years previously.

The court heard Mr Tucker was in hospital for several days  and later had operations to insert four metal plates in his face and head.

Mr Tucker’s left eye was now permanently lower than his right and he suffered nerve damage to his lip and nose, causing him to dribble when he drank so that he needed to use a straw to drink.

Matthew Bennellick, 39, headbutted Andrew Tucker and rained down ‘ten or 15’ blows while shouting ‘die b*****d’ outside their homes in St Budeaux, near Plymouth, Devon

He is set to receive reconstructive surgery at a future date.

Prosecutor Sophie Johns said that on the day in question, Bennellick’s wife approached Mr Tucker, who had suffered from Crohn’s disease since he was a child and had only recently undergone major surgery.

A brief conversation took place over the foot-high wall which separated them.

Later that day, Bennellick, who had been strimming in his front garden, approached Mr Tucker, pushed his forehead against Mr Tucker’s before exclaiming that Mr Tucker had headbutted him.

He eventually stopped and shouted ‘do you need an ambulance, I will get you a f***ing ambulance.’

Mrs Bennellick called for an ambulance, as did Mr Tucker, and he was taken to Derriford Hospital where he was assessed as having ‘complicated facial fractures which will have a lifelong impact’.

This included a skull fracture, a fractured eye socket and blood pooled behind his left eye causing a temporary loss of sight. He also suffered a bleed on his brain.

Ms Johns said that when he was arrested Bennellick, who has no previous convictions or cautions, was sitting on his sofa with an ice pack on his knuckles. He later told police Mr Tucker had raised his hand while holding a trowel so he hit him ‘three or four times’. 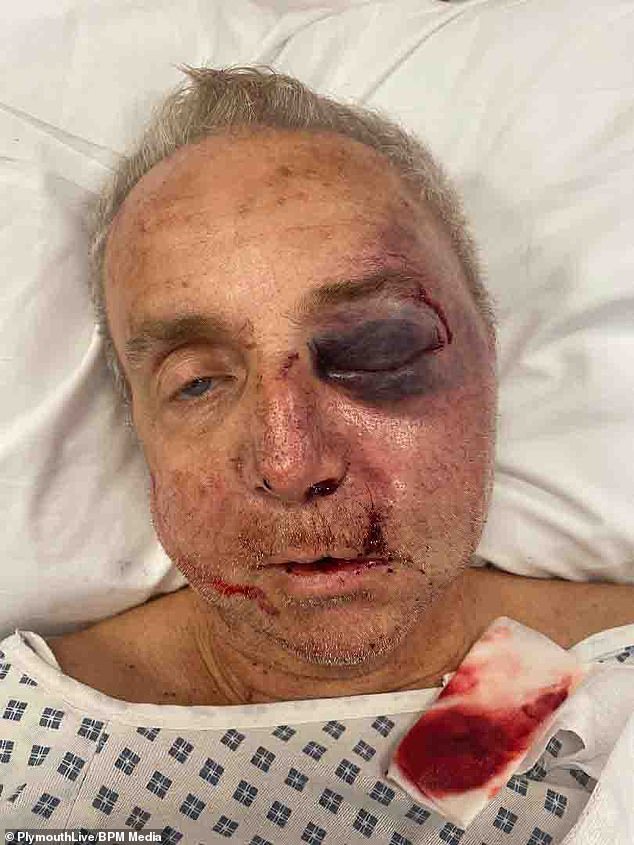 Mr Tucker, who had only recently undergone major surgery, to treat Crohn’s Disease, has been left permanently disfigured with one eye higher than the other after the attack

He told police during interview that the ‘red mist’ and did not expect the level of injury caused. He maintained that he was acting in self-defence.

Reading a victim impact statement in court, Mr Tucker said that he had ‘sepsis related Crohn’s disease’ since he was young and in March 2021 underwent an operation, after which he was convalescing.

He said the assault had left him permanently disfigured and he was self-conscious as people would frequently comment about his appearance.

He added that despite Bennellick moving to another part of the country in October 2021 – Grimsby in Lincolnshire – he ‘didn’t feel safe in my own home’.

He added that Bennellick was ‘twice my size and weight’ and was ‘quite aware of my Crohn’s’.

In mitigation, his advocate Michael Green offered five letters – including one from a Reverend – speaking of Bennellick’s good character, his lack of convictions or cautions and his early guilty plea.

He asked the judge, Mr Recorder Matthew Turner, to recognise there was ‘context’ to the case, namely the long running dispute between the two neighbours which did not justify the assault, but highlighted that it was no a random incident.

Mr Recorder Turner acknowledged Mr Green’s point that had Bennellick ‘not snapped’ and acted out of character the matter would not have been before the courts, although he noted that this was no excuse for what took place.

Mr Green explained that his client had said the ‘red mist descended’ and that he admits that he ‘lost it’.

He went on to note that Bennellick was a recognised devoted family man who was not without his own medical issues, having had a recent diagnosis for a brain tumour which was currently non-cancerous, suffered cluster headaches, sleep apnea, type 2 diabetes and was awaiting spinal surgery.

In addition, he noted how Bennellick’s wife suffered the life-long and painful condition fibromyalgia, and that they had moved to Lincolnshire, which had caused great disruption to the family, not least the children and especially the youngest child. 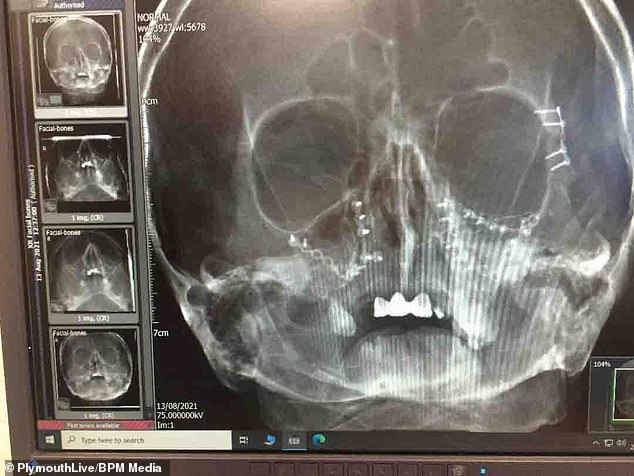 As a result of his own medical problems – and his wife’s – he effectively worked for her in her job as a bookkeeper.

Mr Green requested the judge consider the devastating effect on a daily basis a prison term would have not only on his client with his numerous medical conditions, but also on his wife and their young children.

But while Mr Recorder Turner said that while he accepted that as a result of the move to Lincolnshire, Bennellick was, as a pre-sentence report by the Probation Service had said, was a low risk of offending and that the assault was completely out of character, he had to also take into account the permanent damage he had caused Mr Tucker.

As a result he said the only response to such a ‘sustained, persistent assault’ on a ‘vulnerable man’, using ‘gratuitous violence’ was a term of incarceration.

He sentenced Bennellick to 14 months in jail, of which he would serve half before being released on licence.

He did not order any costs or compensation, but said Bennellick would have to pay a victim surcharge.

Mr Recorder then addressed the public gallery, where members of Bennellick’s family and supporters, as well as Mr Tucker’s friends and supporters had sat, thanking them for their composure during what was ‘a difficult sentencing exercise’.