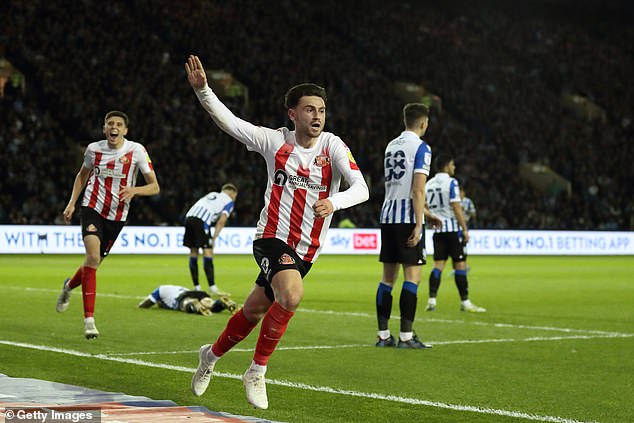 Sunderland fan, 33, will travel to Wembley via Menorca because flying to the Balearic island and going back to London costs only £23 – while a return rail ticket costs £260

A Sunderland fan is travelling to Wembly via ­Menorca because it’s cheaper than getting a train or bus to London.

James Jelly, the Sunderland resident, has paid £12.50 for a RyanAir flight to the Mediterranean Island and then another £10.50 from there to Stansted.

He is set to will fly from Newcastle at 4pm on Thursday and land back in the UK at 6pm the next day, ahead of his team’s anticipated League One play-off against Wycombe Wanderers in the final on Saturday.

A direct return train from Sunderland to Wembly Stadium getting in at 13:21 on Saturday and leaving after the game costs £260 on trainline, with most tickets already sold out.

A Sunderland fan is travelling to Wembly via ­Menorca because it’s cheaper than getting a train or bus to London, spending only £22.50 on his trip to Wembly via Menorca. Sunderland are set to face Wycombe in the final thanks to a late-game goal from Patrick Roberts in the semi-finals

Flying within the UK, booking on Sunday night he would have spent £172 on a return flight departing from Newcastle on the Saturday rather then head to the Balearic island.

‘I can’t wait for it now I’ve booked it. I’m going to pack my shorts and make a little holiday out of it,’ said the 33-year-old, who works as a purchasing manager. ”I’ll have a couple of pints and a walk around Menorca.’

He’s more excited for his overnight stay in an airport hostel than the finals game, he told The Sun.

The deal finder has also secured a lift from Sanstead airport to Saturday’s game, as well as a ride home, he said.

Sunderland are set to face Wycombe in the final thanks to a late-game goal from Patrick Roberts in the semi-finals.