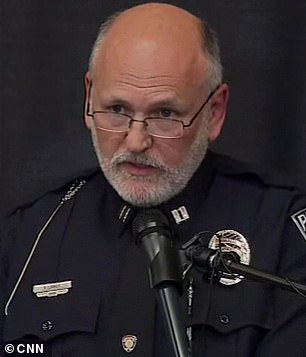 No weapon, no suspects and no clue! Hapless Idaho cops appeal for public AND the media’s help in solving brutal murders of four students – 10 DAYS after gruesome crime that shocked America

Hapless police in Idaho begged for the public’s help on today to solve the brutal murders of four students killed on November 13 and insisted they were doing plenty behind the scenes – despite having no suspects, no leads and all while refusing to give any new details about the case that has shocked the country.

Maddie Mogen, Kaylee Goncalves, Xana Kernodle and Ethan Chapin were all brutally murdered in their home in Moscow, Idaho, in the early hours of Sunday November 13.

They were stabbed multiple times with a long knife – but police are yet to recover the weapon, or give any form of update that may lead to the crime being solved.

A press conference was scheduled for Wednesday and was eagerly anticipated by the country’s media, not to mention the victims’ grieving families.

But the parade of police chiefs and captains who spoke at the press conference failed to produce any new information. 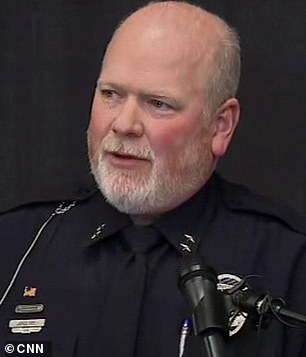 Captain Roger Lanier (L) of the Moscow Police Department and Colonel Kedrick Wills of the Idaho State Police spoke on Wednesday at a press conference, but had no new information to share 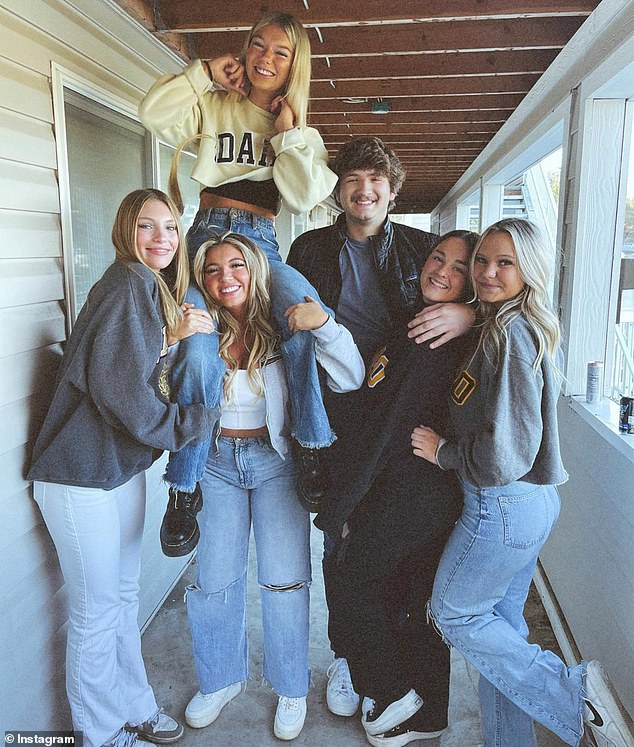 Maddie Mogen, Kaylee Goncalves, Xana Kernodle and Ethan Chapin were all brutally murdered in their home in Moscow, Idaho, in the early hours of Sunday November 13. Dylan Mortensen (left) and Dylan Funke (right) were in the house but survived

Frustrated with questions from the media, they admitted to withholding information – such as why they believe the attack was ‘targeted’ – and told reporters: ‘You’re going to have to trust us.’

The cops have not yet found any proof that Kaylee had a stalker – as she’d told friends – but said they were still ‘working’ on it.

Cops confirmed that the victims were found on the second floor and the third floor of the home, but they refused to say whether the attacker visited the basement, where the two surviving roommates are believed to have been at the time of the attack.

DailyMail.com revealed more information about where each victim was found earlier today.

The Moscow Police Department has ruled out those two roommates as suspects,  and are refusing to share their names.

Today, they confirmed they’d ruled out the following people as suspects;

They also said they’d found no proof that Kaylee had a stalker – despite her telling friends as much in the weeks before she died.

The only definitive fact that the police revealed today was that the victims had not been tied up and gagged.

The cops are also refusing to release the suspicious 911 call made hours after the deaths in which the dispatcher spoke to ‘multiple’ people.

Last week, the victims’ families slammed the slow police response to the investigation and urged them to be more honest about what they know. 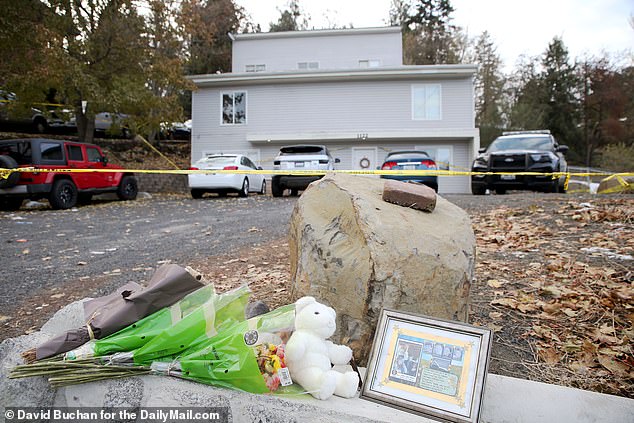 They were stabbed multiple times with a long knife – but police are yet to recover the weapon. The victims were found on the second floor and the third floor of the home