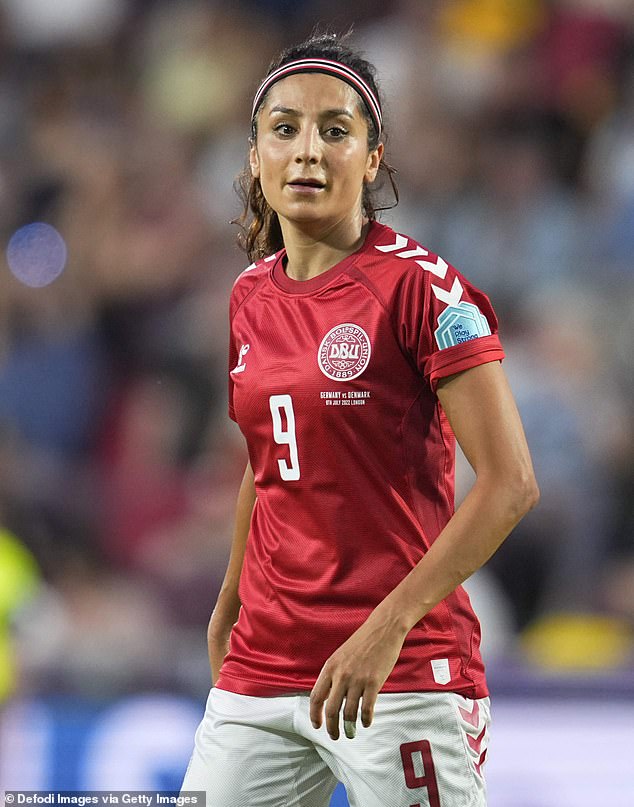 ITV’s World Cup pundit Nadia Nadim has revealed her mother has died after being killed by a truck while on her way back from the gym.

Viewers noticed how the women’s football star and refugee, 34, had been part of broadcasters coverage of Denmark’s goalless draw with Tunisia on Tuesday, but was no longer present in the studio after the final whistle.

Taking to Instagram, the former Manchester City and PSG forward wrote: ‘Tuesday morning my Mother was killed by a truck. She was on her way back from the gym.

‘Words can not describe what I’m feeling. I have lost the most important person in my life and it happened so sudden and unexpected.

‘She was only 57. She was a warrior who had fought for every inch of her life. She didn’t give me life once but twice, and everything I/ we are is because of her.

‘I have lost my home and I know nothings gonna ever feel the same. Life is unfair and I don’t understand why her and why this way. I love you and I will see you again.’

Born in Herat in the north east of Afghanistan, Nadia was raised in the country until her father, an army general, was executed by the Taliban.

She and her family fled her country of birth and settled in Denmark at age 11, where she began her football career.

During her international career, she has played for Denmark almost 100 times. She is widely renowned as the greatest female Afghan footballer of all time.

This is a breaking news story, more to follow as we get it.