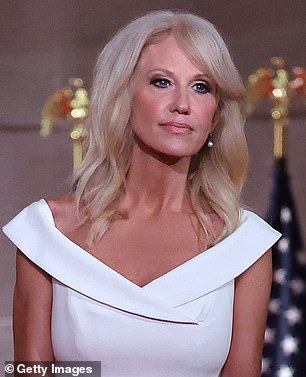 Kellyanne Conway touted Republican Pennsylvania Senate candidate David McCormick’s final ad on Monday, ahead of the Tuesday primary in which he’ll go up against the Trump-backed Dr. Mehmet Oz.

Tuesday’s Pennsylvania Republican Senate primary will be the latest test of Trump’s endorsement power – and will be particularly interesting because not every Trump ally is on the same page. 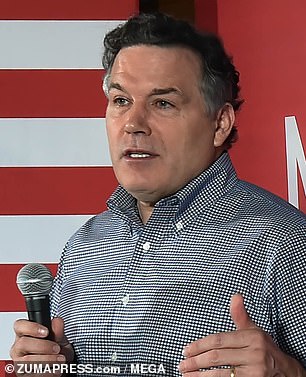 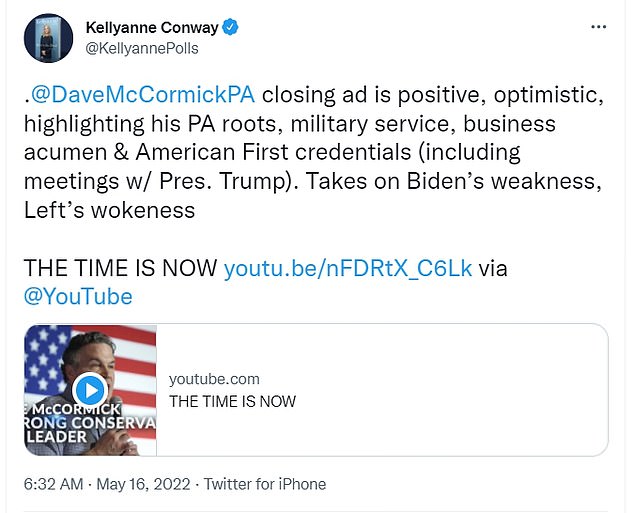 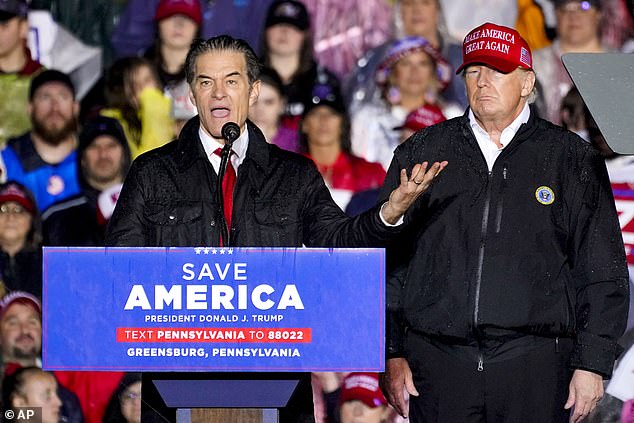 Trump announced he was backing Oz, the celebrity TV doctor, in April, despite some of those in his White House inner circle working for McCormick’s campaign – mainly Hope Hicks, Trump’s 2016 campaign press secretary and White House communications director.

In January, Politico labeled Conway, as well as other Trump insiders including Sarah Huckabee Sanders, Tony Sayegh and Larry Kudlow, as unofficial advisers to McCormick, a hedge funder who grew up in Pennsylvania but lived in Connecticut when he was serving as CEO of Bridgewater Associates.

Stephen Miller, one of Trump’s top White House advisers, like Hicks, was advising the McCormick campaign in a more official capacity, Politico said.

Trump had originally backed Sean Parnell, who pulled out of the race amid a custody dispute with his ex-wife, with a judge finding abuse allegations against him credible.

Trump argued that Oz would ‘be the one most able to win the General Election’ and he said the TV doctor would likely garner votes in the more Democratic-leaning big cities of Pittsburgh and Philadelphia.

A number of conservatives cried foul, pointing out that Oz’s less-than-steadfast positions on abortion, transgender rights and guns.

‘It’s like Donald Trump’s staff is sabotaging Trump by convincing him to make the worse possible endorsements,’ conservative pundit Erick Erickson complained on Twitter directly after the ex-president announced Oz as his pick.

Another Republican Senate candidate, Kathy Barnette, saw a last-minute surge in the polls.

An Emerson poll released Monday had Oz at 32 per cent, Barnette at 27 per cent and McCormick at 26 per cent.

But last Tuesday, Trump’s pick for Nebraska governor, Charles Herbster, lost the Republican primary to Jim Pillen, a hog farmer and University of Nebraska Regent who had the support of the state’s outgoing Republican Gov. Pete Ricketts.

Herbster had been plagued with serial groping allegations from at least eight women in the run-up to election day, with Trump backing him anyway.

Rep. Alexander Mooney easily beat Rep. David McKinley in a race that pit two sitting congressman against each other due to West Virginia losing a House seat in reapportionment.

Mooney had Trump’s support, while McKinley was endorsed by the state’s Republican Gov. Jim Justice.

Can I get my state pension ‘unfrozen’ when I visit the UK?
Car mileage: Almost a quarter of cars on Britain’s roads are on 100k miles or more
Advertisement