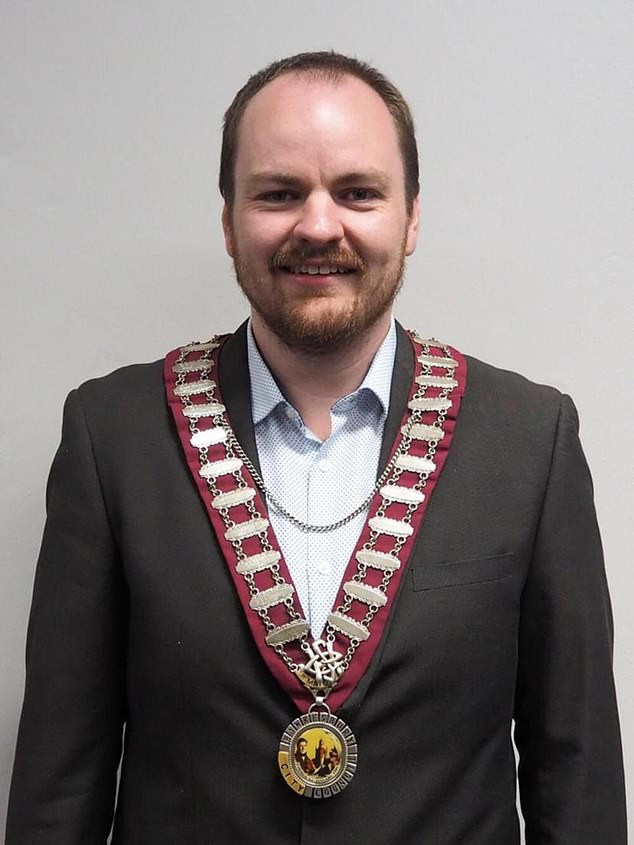 The mayor of Hawkesbury council in Sydney’s north-west has been stabbed and had his car stolen in a shocking home invasion.

Patrick Conolly was at home with his wife and four children when six intruders broke into his Bligh Park residence at 12:45am on Monday morning.

The 32-year-old Liberal Councillor was stabbed in the upper left arm during the terrifying break-in.

Mr Conolly was subsequently rushed to Westmead hospital and is in a stable condition.

His family were reportedly unharmed but ‘shaken’ by the experience.

NSW Police confirmed the intruders fled the scene in Mr Conolly’s family vehicle – a white Skoda car – along with personal items belonging to the family.

A police spokeswoman made a statement, stating: ‘Police are investigating after a man was stabbed in the arm after a reported home invasion near Windsor this morning,’ she said.

‘Officers from Hawkesbury Police Area Command were called to a Porpoise Cres in Bligh Park about 12.45am on Monday in response to reports several men had forced their way into the home.’

‘Police have been told between five to six men forced their way into the home and threatened the male occupant, before he was stabbed.

Police are appealing for witnesses or anyone with information, CCTV video or dashcam footage related to the incident to contact NSW Police or Crimestoppers immediately.

It’s unknown whether Mr Conolly’s residence was specifically targeted due to his position as mayor of the Hawkesbury council.

Mr Conolly has been the mayor since 2020. He was re-elected unopposed in January following the Local Government Elections in December 2021.

He is the son of Riverstone Liberal MP Kevin Conolly.

Pound tanks amid global meltdown: Panic in the markets as fears mount for economy
City bosses threatened with jail if they fail to stop economic crime
Advertisement