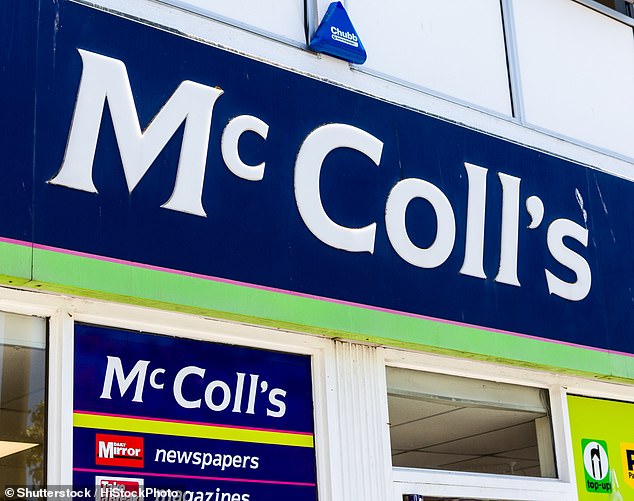 The former chief executive of McColl’s pocketed more than half a million pounds despite leaving the company just over a month before it collapsed.

Jonathan Miller was paid £561,500 as part of his exit package as the convenience store chain struggled to repay nearly £100million in loans.

He was handed the money in March.

Struggle: McColl’s called in administrators earlier this month after a torrid 12 months

The firm called in administrators earlier this month after a torrid 12 months.

It was snapped up by supermarket chain Morrisons in a rescue deal that secured its pension fund and 16,000 jobs.

Miller left the firm after six years in charge. Sources said he owned 10 per cent of the company’s shares, now worthless after the collapse.

He is understood to have invested £3million of his own money in a £30million emergency fundraise last year.

Miller was contacted via McColl’s spokesman, but did not respond.

Heavily pregnant Baltimore woman is shot then gives birth to baby boy before dying of her wounds
Australian cricket great Andrew Symonds is killed in a car crash near Townsville, Queensland
Advertisement