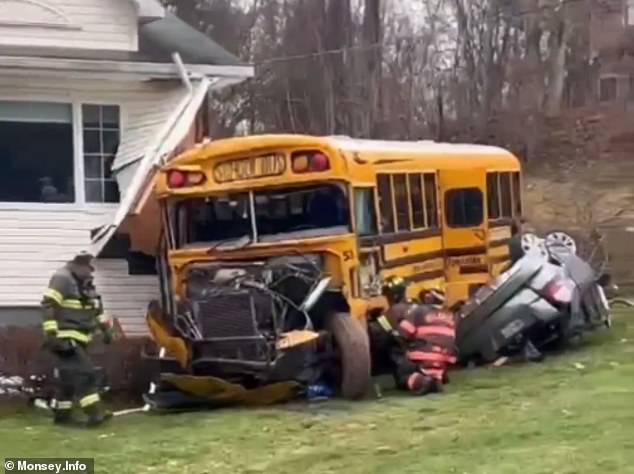 At least seven children were rushed to the hospital early Thursday morning when a school bus carrying more than 20 students crashed into two parked cars and careened into a nearby home.

Authorities say the crash happened just before 9am as a bus bringing children to school hit two parked cars and tumbled down a hill.

It then struck the side of a two-story home on Southgate Drive in New Hempstead, New York before stopping.

Seven students and the bus driver have now been transported to local hospitals, with two reported in serious condition.

All of the other children were brought back to their Jewish Day School to be evaluated, ABC 7 reports.

Pictures from the scene show the bus, with its front end broken off, tearing through the side of the home while an SUV is pinned underneath it.

The extent of the children’s injuries remains unclear, but the driver was not seriously injured. An investigation into the crash is now ongoing.

Upstate New York authorities rushed to the scene of a Monsey home, where a school bus tore through its side and pinned an SUV underneath it 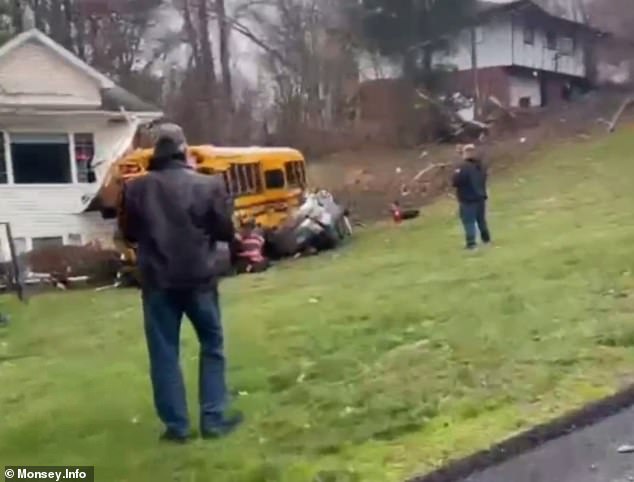 Authorities say the bus hit two parked cars while navigating a turn and careened down a hill, where it hit the nearby home

Orange and Rockland County utility companies have also been called to the scene because the crash knocked over some wires, and a building inspector will be at the scene to assess any damage to the home.