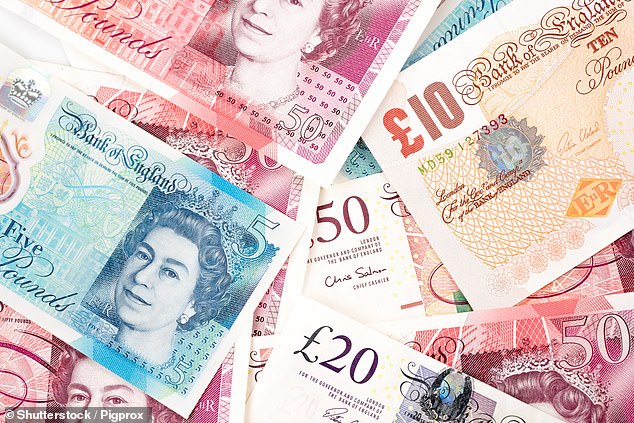 No let up as inflation crisis grips the West: US inflation dips but outstrips forecasts as experts warn Bank of England may tip country into recession

The cost-of-living crisis gripping the West is showing little sign of easing as central banks grapple with soaring inflation.

Figures in the US showed inflation was 8.3 per cent in April – down slightly from the 40-year high of 8.5 per cent in March but still above the 8.1 per cent experts predicted.

And in Germany, it hit 7.1 per cent to 7.8 per cent, the highest since the country’s reunification in 1990, as rocketing energy and food prices squeezed the economy.

Price crunch: Figures in the US showed inflation came in at 8.3% in April – down slightly from the 40-year high of 8.5% in March but still above the 8.1% experts predicted

Experts in the UK warned that the Bank of England would probably have to tip Britain into recession to get a grip on inflation.

Rises generally encourage saving rather than spending, helping to keep a lid on inflation.

But they hamper economic activity, as borrowing is more expensive, and would probably throw the UK’s Covid recovery into reverse.

Adam Posen, of the US-based Peterson Institute for International Economics and an MPC member between 2009 and 2012, said the Bank had to act to prevent higher inflation becoming embedded in workers’ expectations, otherwise they would haggle for higher wages.

‘This would cause a recession if there is to be a rapid rise further in interest rates. I’m not saying that’s nice,’ he told the Commons Treasury committee.

‘The sad reality is there is going to have to be an economic slowdown in the UK beyond what is already on the cards.’

The Bank of England has raised interest rates from 0.1 per cent last December to 1 per cent, and the US Federal Reserve lifted its base rate in March and May.

The European Central Bank looks set to join in, by ending its money-printing stimulus in the third quarter. It could then raise rates.