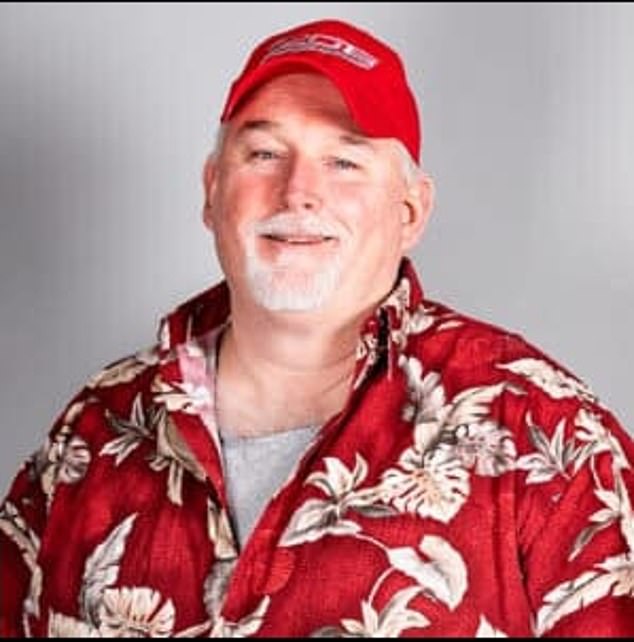 An Ohio man who was wrongfully imprisoned for kidnapping and raping three women – including a set of twin sisters – in the 1980s has been awarded nearly $50 million by a jury.

Roger ‘Dean’ Gillispie, 57,  was convicted in 1991 for the rapes and kidnappings of 22-year-old twin sisters and a third woman, in Miami and Harris townships.

On Monday, a Montgomery Count jury found that a Miami Township detective suppressed evidence that led to Gillispie’s conviction, and awarded him $45 million, the largest settlement in Ohio history.

‘The verdict just proved my point from day one, that I’m innocent,’ Gillispie said Monday outside a Dayton courthouse after being awarded the large sum.

Roger ‘Dean’ Gillispie, 57, was convicted in 1991 for the rapes and kidnappings of three women

In 2011, Gillispie had his convictions thrown out after he requested a new trial three years prior.

He and his lawyers argued that new evidence pointed to another suspect and accused police is suppressing evidence.

Throughout his prison sentence, he maintained his innocence.

On Monday, after Gillispie was awarded the $45 million settlement, he made a plea to change ‘the system’ that had wrongfully convicted him.

‘I’m just one of 3,199 people that this happened to in the United States of America and those people have served over 28,000 years in prison for crimes we did not commit,’ Gillispie said.

‘And this has to stop. This system has to be fixed … to keep this from happening.’ 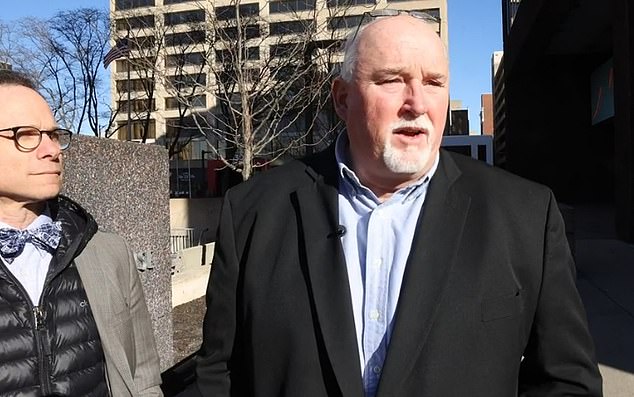 After Gillispie was awarded the $45 million settlement, he made a plea to change ‘the system’ that had wrongfully convicted him

In 2021, he spoke in front of a judge after he was officially declared ‘wrongfully imprisoned’ and thanked those who stood by him over the years.

‘I like to thank my family and friends, my advisors, the Ohio Innocence Project and the many others for their belief in me and the dedication to seek the truth over the last 31 years,’ Gillispie said in 2021.

Montgomery County Common Pleas Judge Susan Solle said that she couldn’t ‘even imagine’ what the last 30 years had been like for the wrongfully convicted man.

‘Hopefully today will take you into the next and final chapter of this nightmare that has been your life for the past 30 years and the next part will be a lot smoother and a lot quicker,’ the judge said. 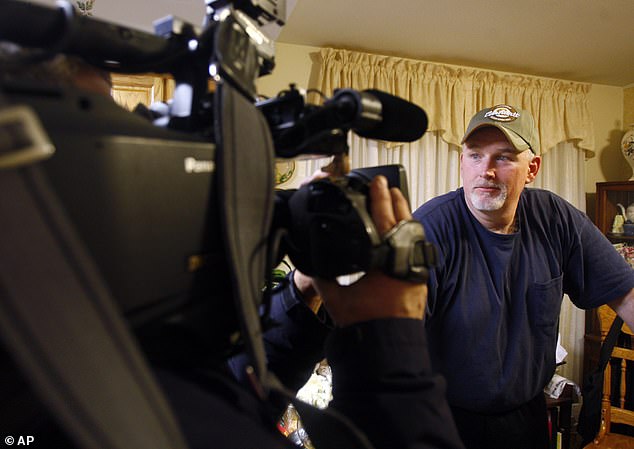 ‘This system has to be fixed … to keep this from happening,’ Gillispie said after being awarded the largest sum in Ohio settlement history

During that 2021 court session, Gillispie said there wasn’t enough money in the world to make up for the lost time.

‘There’s not enough, if they said $5 billion, nobody’s taking $5 billion for 31 years but they don’t know if they are going to get out or not,’ Gillispie said.

The evidence presented in the recent trial showed that the police detective had created an unfair lineup and falsely claimed that a witness had identified Gillispie.

The detective also failed to disclose receipts that showed the Ohio man was in Kentucky on a camping trip at the time of the crimes.

On August 20, 1988, 22-year-old twin sisters were kidnapped by a man as they got into their car after shopping in Dayton, according to the National Registry of Exonerations.

The man demanded to see their purses and told them his name was Roger and he was a store security guard.

The unidentified man who was wearing sunglasses pointed a chrome gun at the twins,  ordered them to drive to a wooded area, and then exposed himself, fondled their breasts, and ordered them to perform oral sex. 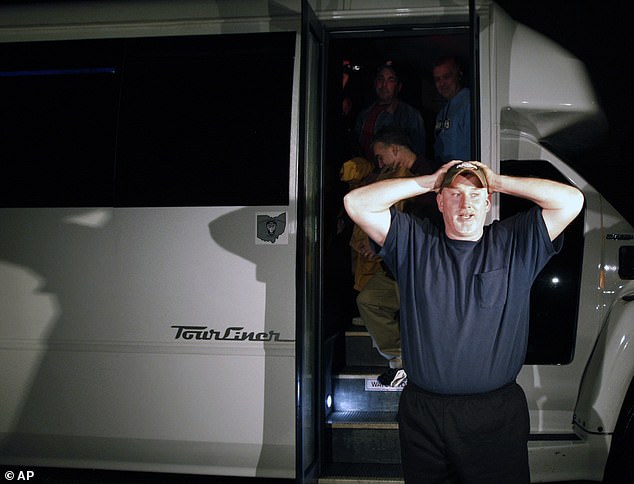 Throughout his 20 year prison stint, Gillispie maintained his innocence until he was eventually awarded a new trial and then had his motion to dismiss granted in 2015

He then blindfolded them and drove them back to the store where he kidnapped them and took off with money from their purses.

Another woman later came forward and told police that she had a similar experience with a man who abducted her earlier that month.

The 28-year-old woman said a man wearing sunglasses pointed a chrome gun at her and got into her car as she left a store at a different shopping center.

That woman also said the man identified himself as ‘Roger’ and said he was a security guard.

He ordered her to drive to a parking lot being a vacant building, fondled her breasts, and forced her to perform oral sex.

Composite sketches of the suspect in both crimes were released to the public and after a year of investigation, a former coworker of Gillispie’s came forward with a phot of the man, claiming that he believed it was the then-24-year-old in the sketch.

In June 1990, Detective Scott Moore provided used the photo of Gillispie in an a lineup shown to the victims and all three women identified Gillispie as their attacker.

The man was interviewed by the detective but denied any knowledge of the attacks.

A search of the man’s home also turned up no related evidence, including the sunglasses, chrome gun, or a medallion that the victims said their attacker was wearing.

The man was convicted in June 1991 after a jury had initially voted 8-4 to acquit him.

Several petitions to appeal were denied over the years before he was ultimately granted a habeas petition in December 2011 and released on bond.

In 2012, he was officially granted a new trial. More than three years later, a  Montgomery County Court of Common Pleas judge granted the motion to dismiss filed by Gillispie and his legal team.