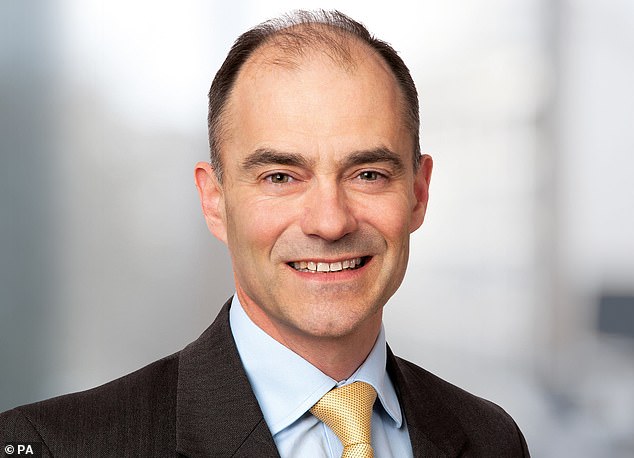 By Farah Khalique For The Daily Mail

Rolls-Royce’s outgoing boss delivered some much-need cheer to long-suffering shareholders as the company emerges from the pandemic.

At his final annual general meeting as chief executive of the engineering giant, Warren East hailed ‘significant progress’ as the return of aeroplanes to the skies has boosted business.

The FTSE 100 group – which is paid by customers according to how many hours aircraft fitted with its engines fly – was hammered by the grounding of planes in the pandemic.

Recovery: At his final annual general meeting as chief exec Warren East (pictured) hailed ‘significant progress’ as the return of planes to the skies boosts business

East, who in February announced he would leave at the end of the year, also welcomed higher defence spending.

Speaking at the company AGM, the 60-year-old said: ‘We have made significant progress on the path to recovery from the impact of Covid-19 and are emerging as a better balanced and more resilient business with a sustainable future.’

East added: ‘It has been a privilege to lead Rolls-Royce.’

The Derby-based engineer expects to turn a profit for the second year in a row, after a £4billion loss in 2020. The firm was forced to raise £7.3billion of emergency funds in 2020 to stay afloat.

In a trading update ahead of the AGM, Rolls said flying hours of passenger planes fitted with its engines were up 42 per cent higher in the first four months of the year than in the same period a year earlier.

‘Passenger demand is recovering on routes where travel restrictions have been lifted, such as in Europe and the Americas, but additional Covid-19 restrictions have resulted in fewer flights in China where the situation is still evolving,’ said East, who has overseen 10,000 job cuts at Rolls.

Laura Hoy, an analyst at investment firm Hargreaves Lansdown, said: ‘Rolls-Royce hasn’t been able to catch a break over the past few years, but we’re finally starting to see green shoots amid a budding recovery.’

Melissa Caddick: How a bitter divorce helped one lucky investor escape the con-woman’s fraud
Why allowing Australians to access $50,000 in super to buy a first home is a good idea
Advertisement