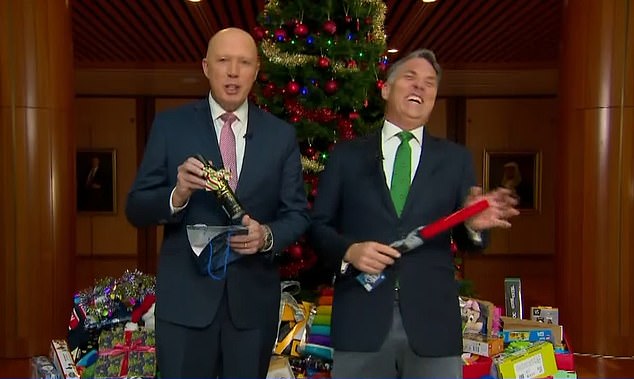 Peter Dutton has taken a cheeky shot at his political rival by gifting him a bottle of fake tan for Christmas.

‘So… I’ve got him next year’s supply of tanning spray. 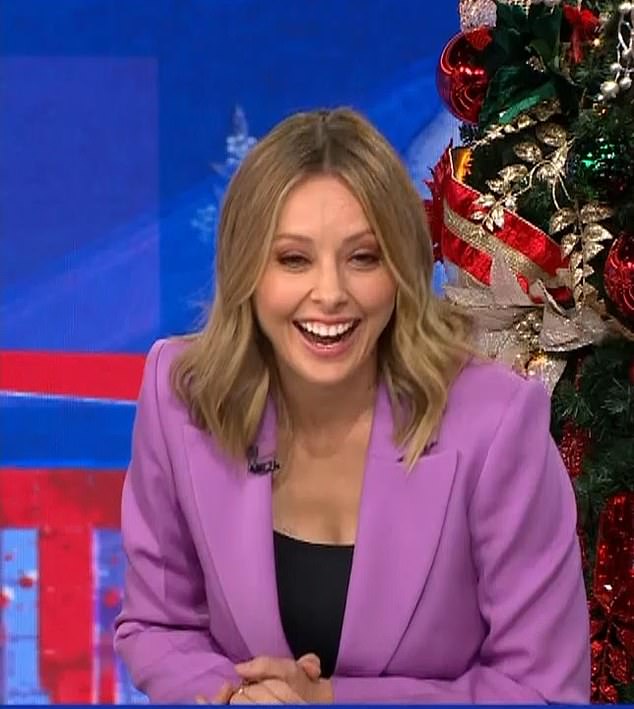 ‘I don’t quite understand it but my office was able to source it. I think you know more about this than me.’

Mr Marles replied that Mr Dutton was ‘a bad man’ and gave the opposition leader his own gift with a not so subtle meaning behind it.

‘Peter needs help, so I have [got] him a lightsaber which you can use in question time against the prime minister,’ he said.

Mr Dutton revealed in July that he attended Mr Marles 55th birthday party in Washington while the two rivals were in the United States.

The politicians exchanged gifts on Friday in front of a Kmart Salvos Wishing Tree, one of Australia’s largest and longest-running gift collection campaigns. 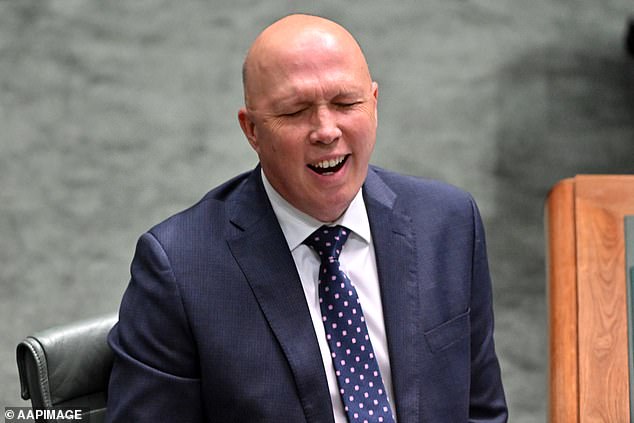 What IS the difference between a heart attack and cardiac arrest?
Drink-driving Virgin Airlines hostess who crashed at McDonald’s is temporarily banned from driving
Advertisement