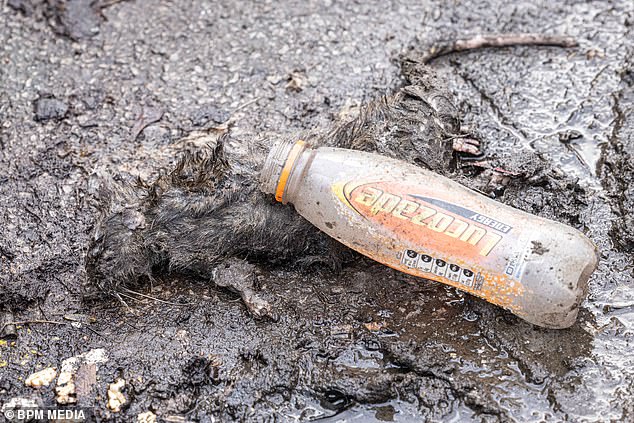 ‘Rats as big as cats’ are plaguing Birmingham streets after dark, according to business owners.

The B8 Birmingham postcode, which includes Washwood Heath, Ward End and Saltley areas, topped a council list for the highest number of pest control callouts.

The reason for this is due to rubbish piling up in the streets, according to traders on the famous Alum Rock Road. 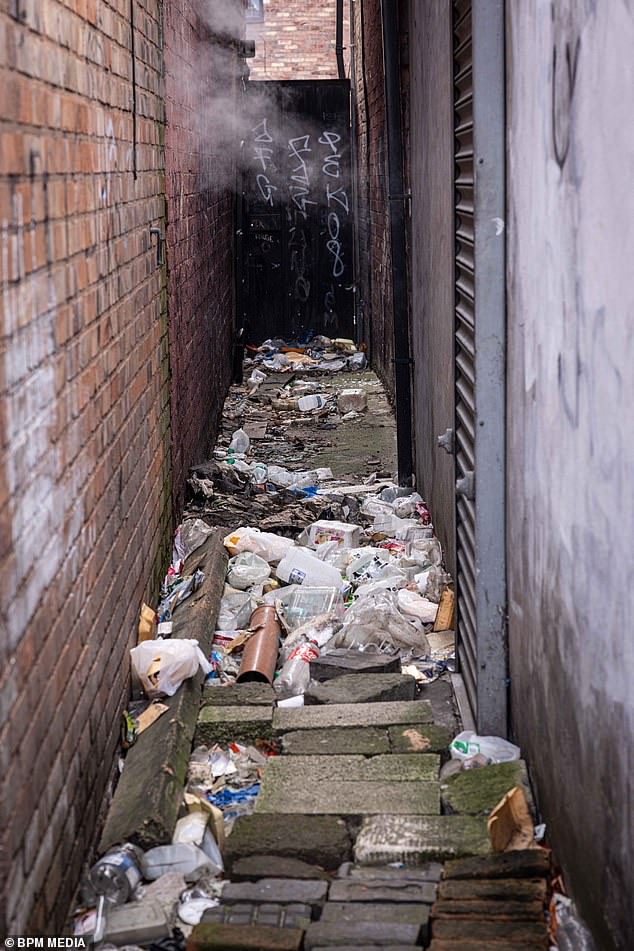 Another business owner, Mr Islam, told how scurrying rats were a regular occurrence due to residential and commercial rubbish and maintaining a five-star food hygiene rating is becoming difficult.

At the back of his shop there was a gulley where residents had thrown their rubbish.

Some had also left black bags lying out in the open while others had allegedly fly-tipped in commercial bins.

A humongous dead rat straddled a Lucozade bottle in the grim gulley – and looked like it had been there a good while.

The business owner said rodents were a regular sight – especially once the sun went down.

‘We’ve got a high volume of rats in the area. You see them running around in the evenings when it gets dark and there are [fewer] people around. It’s really bad around here,’ Mr Islam said. 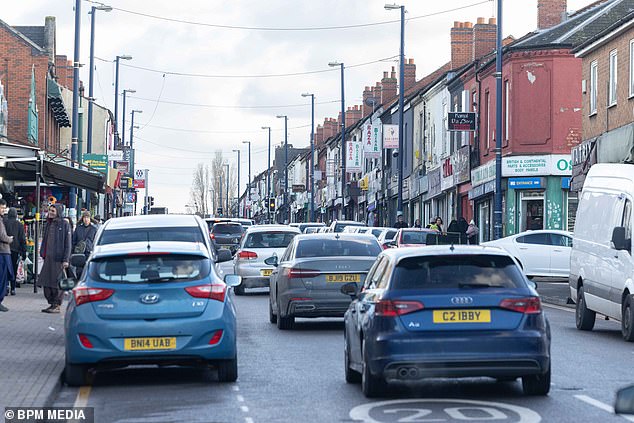 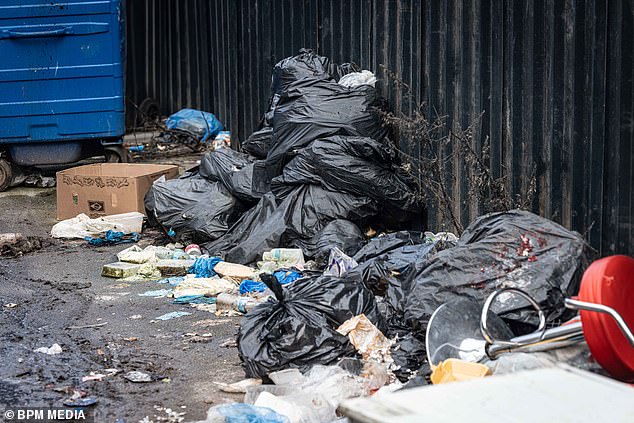 Both residential and commercial rubbish combined with people leaving black bin bags open on their street is creating a serious rodent issue, according to local business owners

‘We’re on a five-star rating but it’s a risk sometimes. We wheel our bin into the yard on the collection date and people will come and start throwing their rubbish on top or next to it.’

And while Mr Islam said he understood the difficulties the local authority faced, he believed more education was needed.

Despite reporting blocked drainage systems, he told local media ‘nothing gets done’.

Another businessman who ran a food establishment explained how people leaving their rubbish out in the open was leading to an enormous rat problem – in more ways than one. 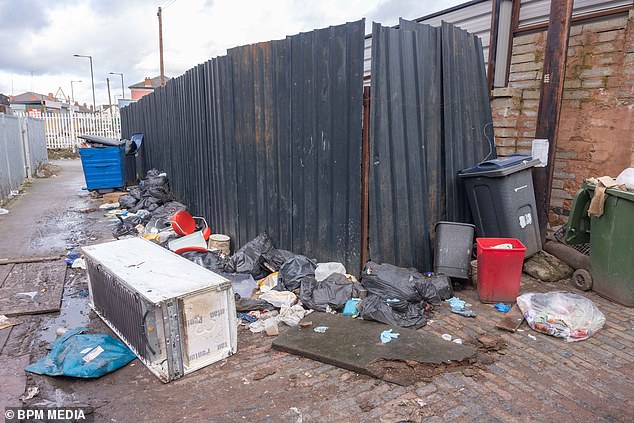 Huge rodents – the size of ‘cats’ – are regularly seen on Alum Road, especially at night 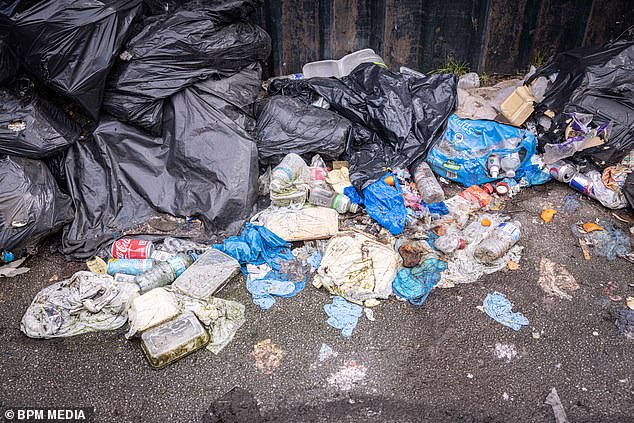 The man, who wished not to be named, said: ‘People are putting rubbish here and business is quiet. Decent people are not coming here because it’s dirty.

‘There are lots of problems and it has been like this for years. There are too many rats. If you come back at night they are very big. They look like cats.’

When asked about the problem, the council’s environment lead Majid Mahmood said some of the problems were down to the behaviour of a minority on the road.

He said the council was determined to keep the area clean.

Cllr Mahmood said: ‘Alum Rock is one of the priority areas for the wide range of street scene projects and initiatives that we have invested in over the last few years. [These include] the Mobile Household Recycling Centre (MHRC) service, Love Your Environment days and fly-tipping hotspot teams. 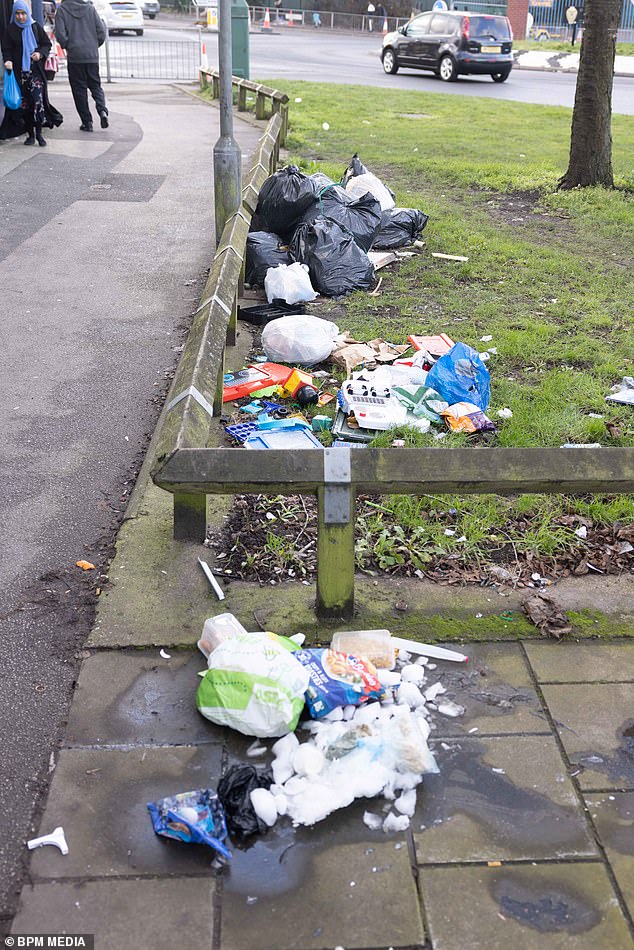 ‘Many of the issues in this area are the result of a small number of individuals and businesses who do not have respect for our shared environment.

‘We can only achieve our common goal of a cleaner city if everyone does their bit and takes responsibility for their own area.

‘It simply isn’t on when people dump waste in alleyways or on other pieces of land because that diverts our precious resources from other essential activities.

‘The data from our MHRC service shows that people in Alum Rock are determined to keep their area clean – with tonnages of waste collected from visits to the area consistently near the top of the citywide lists.

‘It’s a similar position during the Love Your Environment days in which our dedicated and committed staff are picking up significant volumes of litter and fly-tipping.’