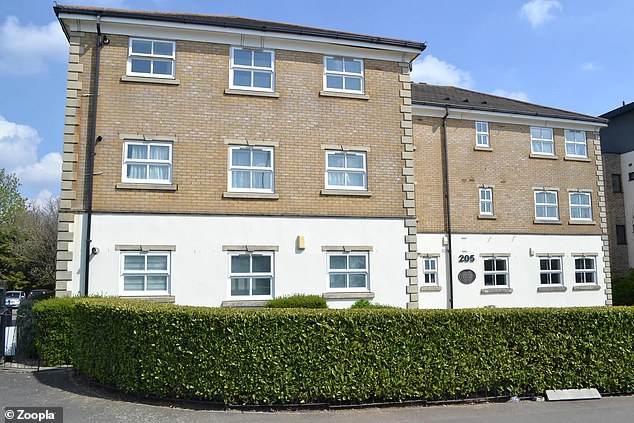 Tenants are under increasing financial strain as new figures show average asking rents have jumped to almost £1,000 a year.

Zoopla found that average asking rents now stand at £995 a month, up £88 a month compared to the start of the pandemic.

It is an increase of 11 per cent, the highest rate of growth in 14 years – and represents a strong bounce back from last year when average rents were down by more than 1 per cent.

The average rent in London is £1,698 a month – and this two-bed flat in North West London is for rent for just under that amount at £1,500 a month via New Circle Estate lettings agents

The rise has led to a significant increase in the proportion of gross income spent on rent.

This is particularly the case in London where it has risen to a significant 52 per cent for a single earner, a level not seen since March 2020.

It falls to 26 per cent for sharers and means that a new let agreed for an average rent in London will cost more than £20,000 in rent during the next 12 months.

It is evidence of increasing pressure on tenants who are already dealing with the backdrop of the cost of living crisis.

The average rent in Britain now accounts for more than a third of gross income, at 37 per cent, for a single earner.

Around a third of renters live alone, according to the English Housing Survey.

There has also been a strong bounce back in rental growth in London from falls of 10 per cent seen last year.

Average annual rental growth in the Capital rose to 15 per cent at the end of the first three months of this year, driven by demand for flats from students, office workers and international demand.

Demand for rental property continues to outpace supply across the country, according to Zoopla.

This is pushing up rents, although the rate of rental growth will slow through the second half of the year, the property website added. 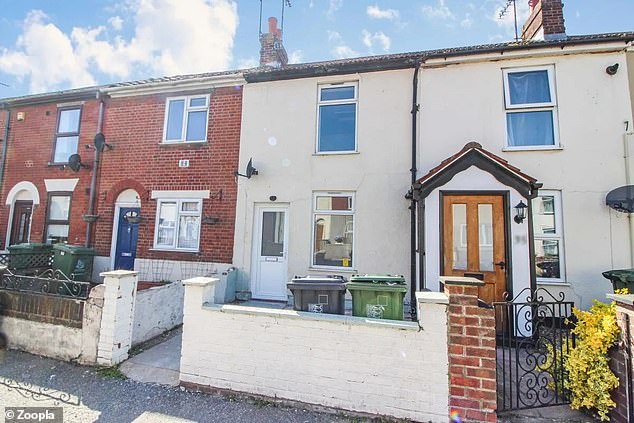 More affordable rents are available in Great Yarmouth, where this two-bed terrace house is for rent for £600 a month via Your Move lettings agents

With tenants facing increased pressure on their disposable income, there has been a marked increase in tenants deciding to stay in their rental property for longer.

Typically tenants are staying in their rental properties for an extra five months compared to five years ago, with the average tenancy length up to 75 weeks, from 51 weeks at the start of 2017.

This trend has extended beyond lockdowns when the ability to move was hampered, and Zoopla suggested this indicates that landlords with existing tenants may not be raising rents at the same rate as rental growth.

Rental demand is strongest in Scotland, Wales and London, with demand levels more than 65 per cent above the five-year average.

London’s market is also one of the most constrained when it comes to stock levels, with homes available to rent at just over half the 5-year average, creating the conditions for the sharp rises in rents. 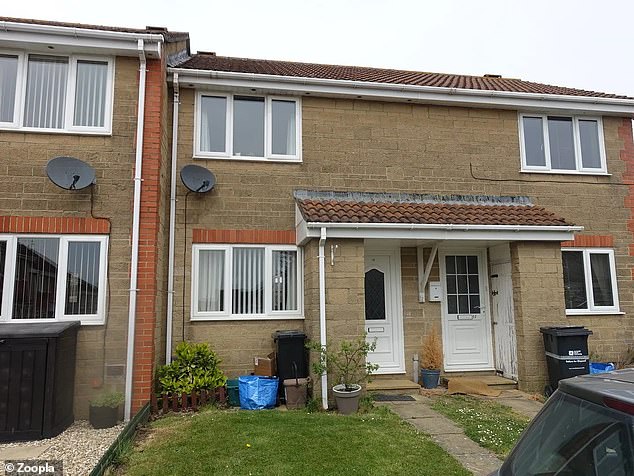 Some parts of Somerset offer more affordable rents, with this two-bed terrace house in Martock for rent for £795 a month via Martin & Co lettings agents

The rental market remains highly localised, with the most affordable rental markets for dual earners located in more rural areas.

These include Great Yarmouth in the East of England, South Somerset in the South West and North East Lincolnshire in Yorkshire & the Humber.

In these markets, average rents account for up to 15 per cent of joint gross income.

In London, Bromley is the most affordable rental market, where average rents account for 19 per cent of joint gross income.

In the North West, Copeland, a local authority on the edge of the Lake District, encompassing the towns of Whitehaven and Cleator Moor is the most affordable rental market.

Gráinne Gilmore, of Zoopla, said: ‘Rental growth is being driven by high rental demand and limited supply, trends that are more pronounced in city centres.

‘The surge of post-pandemic pent-up rental demand will normalise through the coming months however, which means rental growth levels will start to ease.

‘Affordability considerations will also start to put a limit on further rental growth although this may occur at different times depending on location.

‘Rents are likely to continue rising for longer in areas that have the most constrained stock levels – currently London, Scotland and the South West.’

Gareth Atkins, of Foxtons, said: ‘The tenancy renewal numbers we have seen so far in 2022 are unprecedented.

‘Steadily increasing demand, severely limited stock and a swift rise in rental prices are all compelling reasons to renew – and renters are responding.

‘We have seen a 29 per cent rise in renewals year-on-year verses 2021. Renters are also choosing longer tenancies to avoid a market in flux; our deal length for renewals has gone up 9 per cent in 2022, reaching an average tenancy of 15.7 months.’