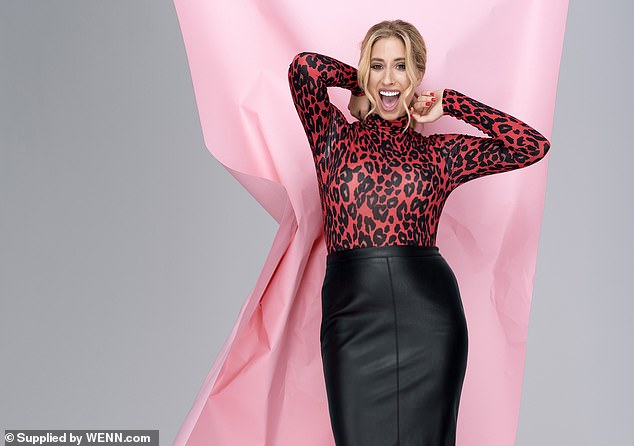 By Emily Hawkins For The Daily Mail

Primark toasted record Christmas sales as it declared the cost of living crunch has had a less dramatic impact on demand for new clothes than feared.

In an upbeat trading statement, the budget chain said revenues hit £3.15billion in the 16 weeks to January 7 – up 15 per cent on the same period last year.

Sales in the week leading up to Christmas Day hit a record high as cheap prices drove shoppers into its stores.

He added: ‘I’m not remotely saying some people aren’t finding it very difficult, we’re all being squeezed but it hasn’t been as dramatic as we thought.’

The update cemented Primark as one of the Christmas winners on the High Street alongside rivals such as Marks & Spencer and Next. Online rivals Boohoo and Asos struggled, however, as shoppers flocked back to the High Street.

Richard Hunter, head of markets at Interactive Investor, said: ‘Primark is back with a bang given changing shopping habits.

‘As seen with so many other retailers, especially over the Christmas period, there has been a marked return to physical shopping, to some extent at the expense of the higher online levels seen during the pandemic.’

A return to office working and Christmas parties saw sales of high heels leap at Primark – which has also collaborated with TV presenter Stacey Solomon (pictured) on a range of clothing. Party-wear sales shot up 176 per cent year-on-year.

Strong sales of accessories were also proof that ‘people are up and about, thank goodness, and enjoying themselves’, Bason said.

Cosy loungewear also did well as customers looked to save on energy bills by stocking up on comfy ‘snuddies’ – a blanket with a hood and sleeves – and velvet leggings.

While trade in the New Year has been ‘encouraging’ so far, bosses admitted the economic outlook remained dire and ‘may weigh on consumer spending in the months ahead’.

Although Primark did hike prices last summer, it previously pledged to freeze them for this financial year, a decision which now ‘looks well judged’, Bason said.

The High Street retailer’s click and collect trial of children’s products in 25 stores has had a warm response, bosses said. Traffic to its UK website jumped 85 per cent since last year.

The retailer pledged to continue its roll-out of physical stores, with plans to open 17 sites across various international markets this financial year.

Primark has 416 stores worldwide. Online fashion retailers such as Asos and Boohoo have issued bleak profit warnings in recent weeks, with shoppers heading to the High Street to dodge postal strike disruption.

Brick and mortar stalwarts such as Marks & Spencer and Next have posted bumper sales in recent trading updates, dispelling fears that the High Street would have a gloomy Christmas.

ABF said total group revenue hit £6.7billion in the 16 weeks to January 7, up 16 per cent on a year earlier.

Shares fell 2 per cent, or 37.5p, to 1832p after it said profit for its British Sugar arm would be dented by poor weather hindering sugar yields in the UK.