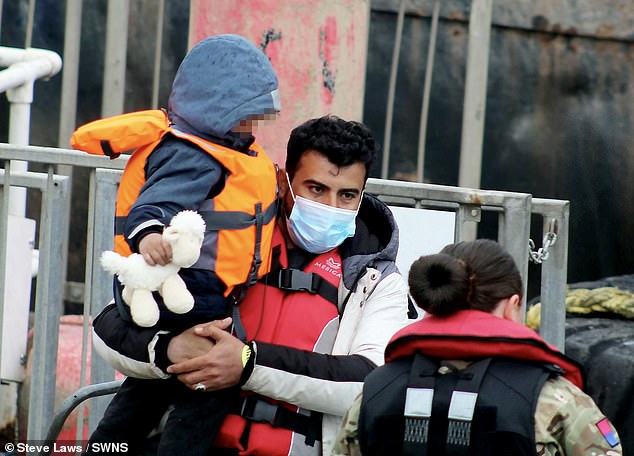 Over 8,000 people have arrived in the UK so far this year having crossed the English Channel in small boats following the latest arrivals this weekend.

Today, at least 300 people were picked up by Border Force vessels and RNLI lifeboats in the Channel while 167 people made the crossing in 13 boats yesterday, according to the Ministry of Defence.

Around 20 people, mainly men, were brought onto the beach at Dungeness while  most other migrants were taken into the harbour at the Port of Dover.

One young British soldier was seen carefully cradling a baby in his arms as a family disembarked from a lifeboat. He carried the baby slowly up the walkway while her parents helped her older sister, who was seen crying after she fell over on the gangway.

The groups were taken onto coaches to be driven to the immigration processing centre at the former Manston airport.

According to official figures 1,264 have made the crossing so far this month alone.

It takes the total so far this year to 8,066 who have been detained by Border Force in 256 small boats.

The latest crossings come as the Home Office said it will begin the process of informing the first asylum seekers that they could be flown to Rwanda under its new resettlement scheme, with flights expected to begin in ‘the coming months’.

However, Tom Pursglove, minister for justice and tackling illegal migration, told the Home Affairs Committee this week that the scheme was a ‘new and untested policy’ and could not point to what modelling was used to give the ‘evidence base’ to implement it. 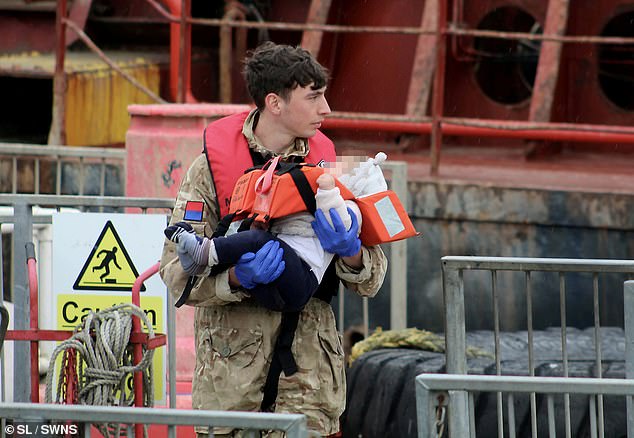 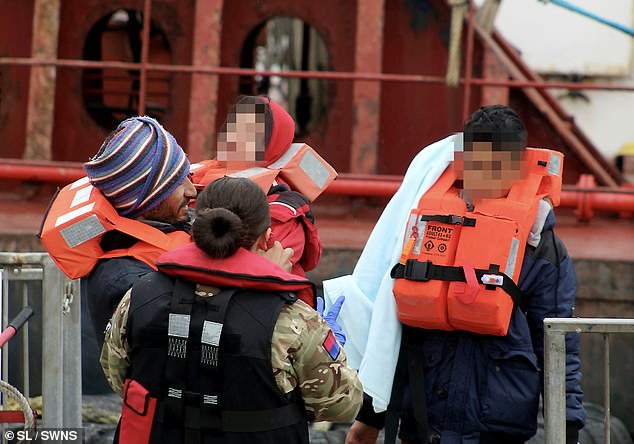 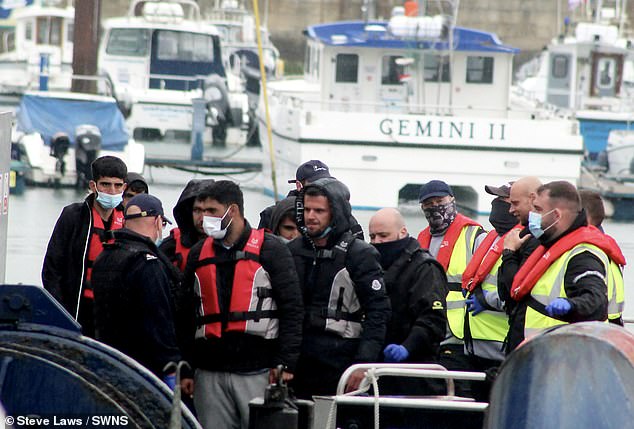 Those arrivals also included women and young children who braved the journey despite the Government’s announcement of its scheme to process asylum seekers in Rwanda, which is designed to discourage them from making the dangerous sea voyage.

It is thought that they may have been hurrying to make the crossing in order to beat the cut off point before the Rwanda scheme begins.

Mr Johnson told the Daily Mail that the first 50 ‘illegal entrants into this country’ have already been served notice that they will be sent to the African nation within a fortnight.

He added: ‘There’s going to be a lot of legal opposition from the types of firms that for a long time have been taking taxpayers’ money to mount these sorts of cases, and to thwart the will of the people, the will of Parliament. We’re ready for that. 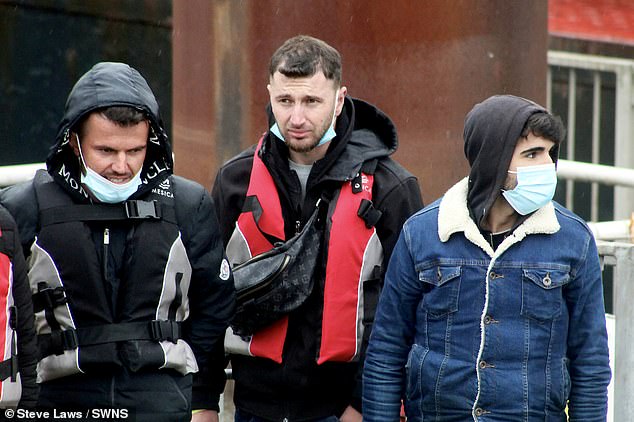 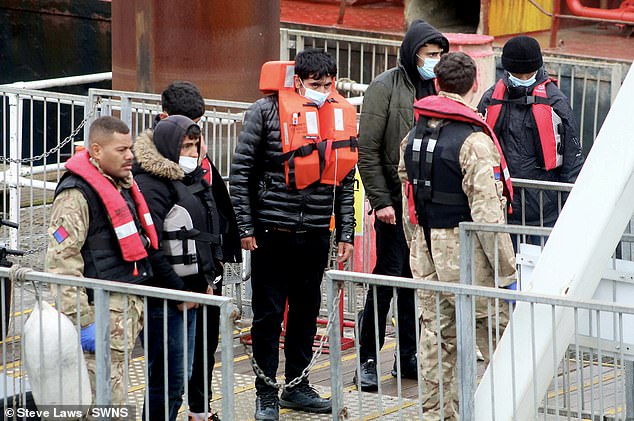 ‘We will dig in for the fight and you know, we will make it work. We’ve got a huge flowchart of things we have to do to deal with it, with the leftie lawyers.’

Asked if he might respond with a review of the European Convention on Human Rights, Mr Johnson he said: ‘We’ll look at everything. Nothing is off the table.’

Despite the continued crossings, there is a hope the scheme will soon deter further people from making Channel crossings.

Appearing before the House of Commons’ Home Affairs Committee on Friday morning, Tom Pursglove – the minister for tackling illegal migration – stated his belief that there would be a ‘deterrent effect’ from the scheme.

And he also hinted there could be further such deals to come. 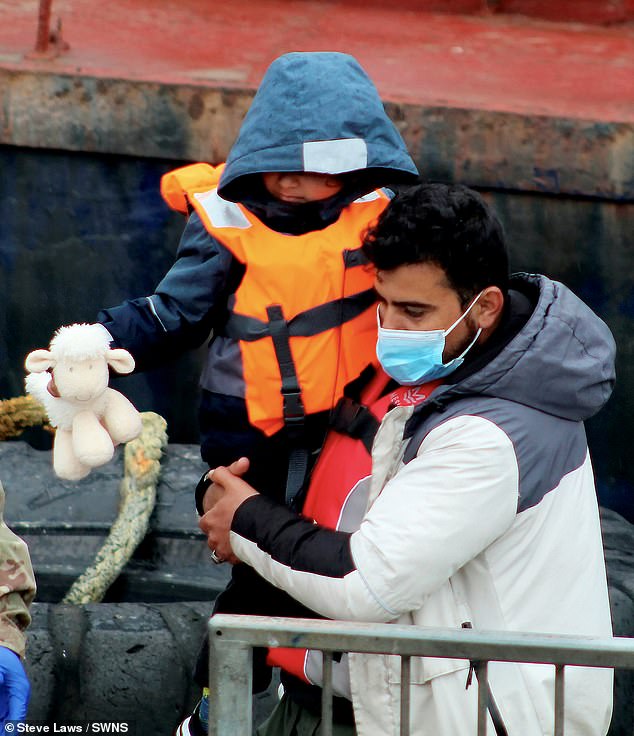 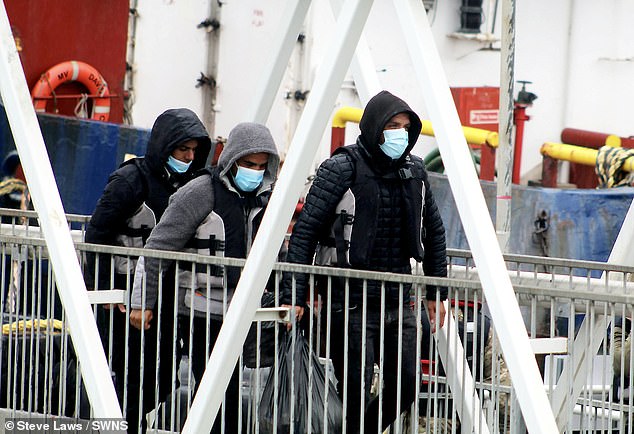 Under the UK’s £120m Rwanda scheme with Kigali, any adult who enters the UK illegally can now be sent on a one-way ticket to Rwanda to have an asylum claim processed

Prior to the Rwanda deal being signed, the Home Office was reported to have considered similar agreements that would see asylum seekers processed in other countries such as Albania and Ghana.

Meanwhile, Denmark is currently holding talks with Rwanda over setting up its own scheme to transfer asylum seekers to the African country.

Under the UK’s £120m Rwanda scheme with Kigali, any adult who enters the UK illegally can now be sent on a one-way ticket to Rwanda to have an asylum claim processed.

The plans have been touted by ministers as a means of clamping down on migrants making perilous journeys across the Channel in small boats.