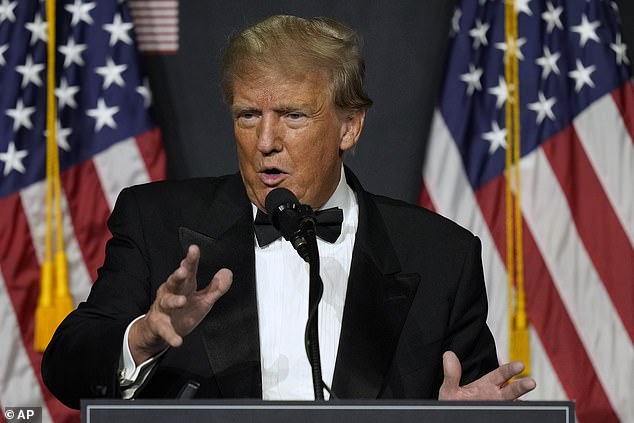 Donald Trump’s fraud case will head to trial in October next year to finally face-off with New York Attorney General Letitia James in the case against himself, his three adult children and the Trump Organization.

Almost a year away and in the middle of campaigning for the Republican presidential nomination, Trump will need to appear in court for the $250 million lawsuit against his business, multiple outlets reported Tuesday.

According to CNN, Trump and his children, Ivanka, Jared and Donald Trump Jr., could appear to testify.

‘My clients, they will be here. All of them,’ Alina Habba, a lawyer for Trump and his company, told the outlet.

She also accused Judge Engoron of having an ‘unfair’ and ‘clear bias’ against the Trumps and exhibiting over the last ‘year and half.’

Donald Trump’s fraud case got an October 2, 2023 court date, and his lawyer suggested he will appear to testify in the lawsuit from NY AG Letitia James 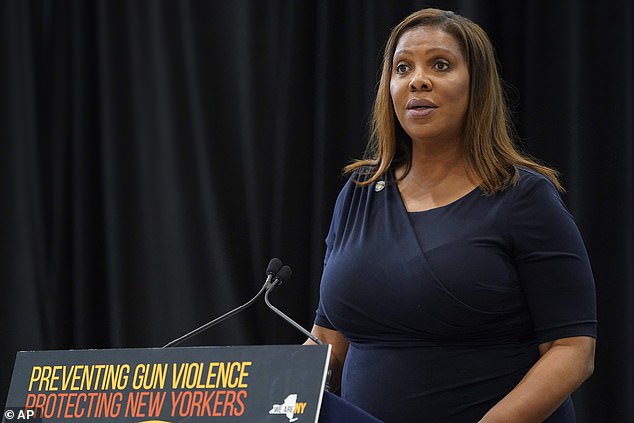 NY AG James filed a lawsuit against Trump in September after a three-year investigation into the Trump Organization and whether it manipulated property values to obtain investments and reap the tax and loan benefits.

Attorneys have been sparring over the trial date, as Trump’s lawyers claim they need more time. Lawyers in James’ office, however, claim he is trying to get through the 2024 election without going to trial first.

‘This is all just their game of delay, delay, delay. They’re trying to push this into 2024,’ Kevin Wallakce, a lawyer for the New York attorney general’s office, said.

On the other hand, Clifford Robert, an attorney for Don Jr. and Eric Trump, said the case is just ‘smoke and mirrors.’

Last month Trump announced he was suing James, challenging the prosecutor’s own suit against the ex-president and his business, demanding $250million in damages.

Trump aired the lawsuit in an impassioned post to his Truth Social platform Wednesday night, in which he called the attorney general ‘corrupt’ and ‘bias,’ and New York ‘one of the most crime-ridden places on earth.’ 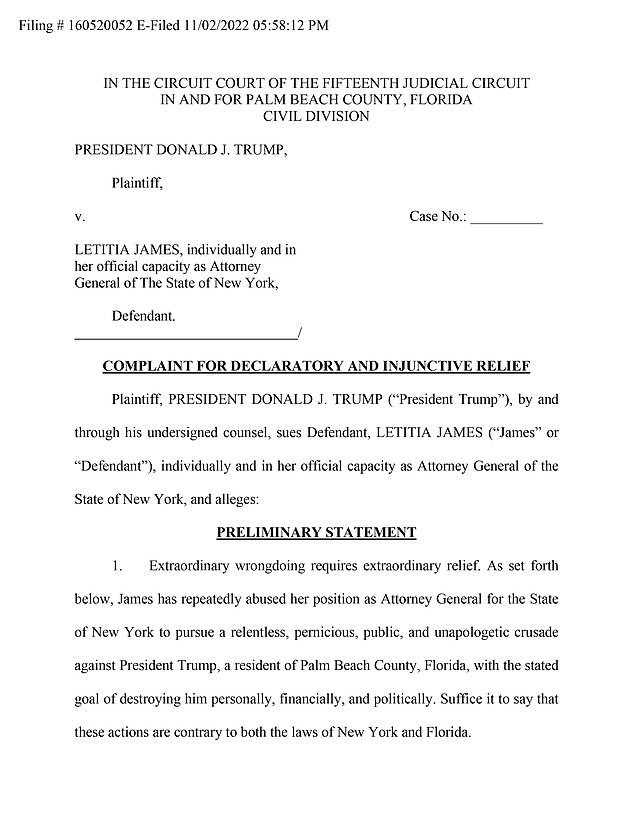 Filed in Florida circuit court, the lawsuit states James abused her position ‘to pursue a relentless, pernicious, public, and unapologetic crusade against’ the ex-president, who currently resides in Palm Beach County, Florida

He further charged that James, who aired plans last year to run for governor against Kathy Hatchel in the upcoming election but backed out after failing to raise the necessary funds, has done little to protect New York against rampant crime.

Instead, the suit states the prosecutor has engaged in a senseless ‘war of intimidation and harassment’ through her office’s investigation into Trump’s Big Apple-based real estate company, which James charges skirted taxes for 15 years.

Filed in Florida circuit court, the lawsuit states James abused her position ‘to pursue a relentless, pernicious, public, and unapologetic crusade against’ the ex-president, who currently resides in Palm Beach County, Florida.

The goal of James’ supposed witch hunt, Trump charged, is ‘destroying him personally, financially, and politically.’

The civil suit seeks unspecified damages in regard to James’ alleged smear campaign, and went as far as to brand James a ‘political hack… who is using this lawsuit for political gain.’

‘James has repeatedly abused her position as Attorney General for the State of New York to pursue a relentless, pernicious, public, and unapologetic crusade against President Trump, a resident of Palm Beach County, Florida, with the stated goal of destroying him personally, financially, and politically,’ the filing reads.

It goes on to slam James’ long-running investigation as ‘contrary to both the laws of New York and Florida,’ claiming it was launched without evidence and ‘before the pretext of a predicate existed.’ 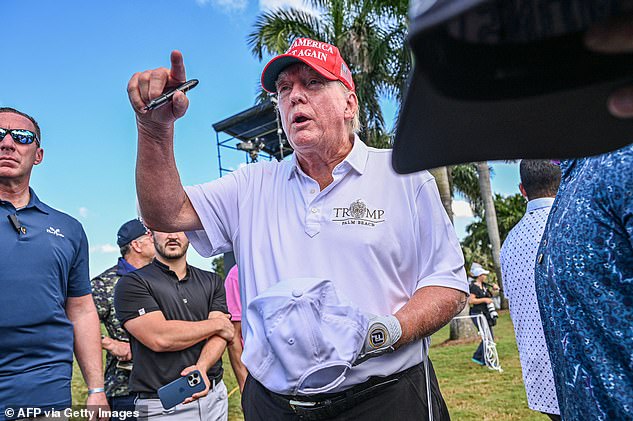 Trump tore into James, who is overseeing the $250 million lawsuit against him in New York 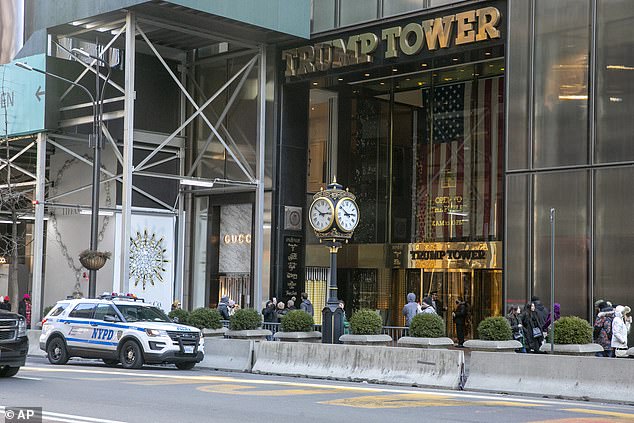 Since being elected in 2019, the suit states James ‘established within her office a policy of intimidating and harassing President Trump whenever possible,’ beginning during Trump’s presidency and persisting since he returned to his residence in Palm Beach County.

The end objective of the AG’s ‘ongoing intimidation and harassment’ campaign, it charges, is to cause the Trump and the Trump Organization irrevocable ‘harm’ – while building up ‘underserved publicity’ for herself as a politician.

It also suggests that in October the prosecutor ‘began amping up her attacks on President Trump to rev up her political base’ by filing the $250m civil suit.

James’ suit claimed that Trump and other staffers at his real estate empire committed fraud on a regular basis for a decade and a half, inflating his net worth by billions of dollars while misleading banks and others for years about the true value of various assets.

In response, Trump’s suit asserts that these parties he supposedly duped were some of the most ‘sophisticated commercial lenders and insurance companies… in the world’ – represented by ‘some of the largest, finest, and toughest law firms.’

It adds that statements submitted by James’ office to provide proof of the ex-president’s net worth ‘contained numerous disclaimers regarding the manner in which the estimates were prepared.’

‘To place this abusive claim in context,’ the suit asserts of the AG’s fraud allegations, ‘the many assets owned by President Trump carry very little debt and most are free and clear.’

‘James seeks unprecedented oversight of President 3 Trump’s business and financial affairs — including control over President Trump’s Florida revocable trust1 — as she grandstands in demanding $250 million in ‘restitution’ for the people of New York,’ the suit charges.

‘In truth, James knows that no restitution is owed but seeks only attention for herself and retribution against President Trump.’

The civil suit seeks unspecified damages in regard to James’ alleged smear campaign, and went as far as to brand James a ‘political hack… who is using this lawsuit for political gain.’

The filing further declares James’ allegations would bring great harm to his company, the Trump brand, his employees, and his reputation. ‘Likewise, it could virtually destroy the highly profitable’ properties his empire operates.

Aside from New York AG Letitia James’ civil suit into Trump and his family two other criminal investigations are under way. One is into allegations of interference in the 2020 election and another into possible financial crimes.

At the same time, a Congressional inquiry is weighing whether or not to recommend criminal charges related to the January 6 attack on the U.S. Capitol last year. 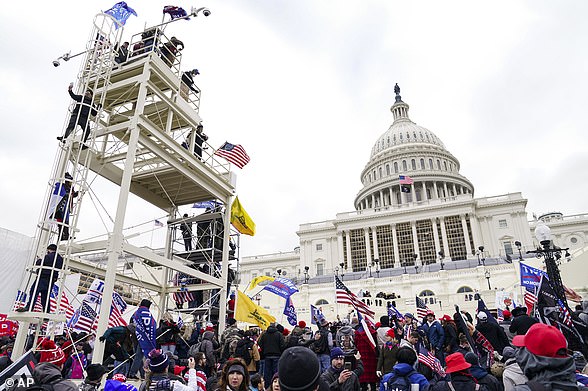 Trump supporters overran the U.S. Capitol building on January 6 last year. The House of Representatives is collecting evidence about Trump’s role in the violence 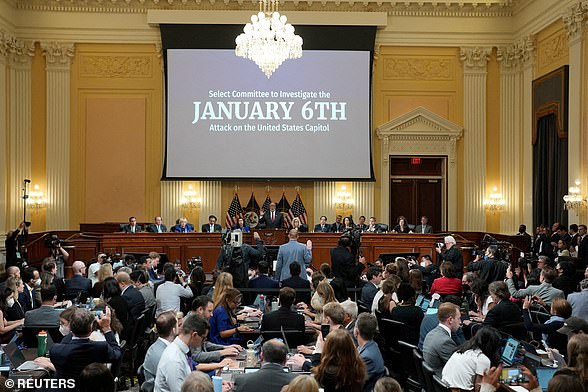 Trump was acquitted last year by the Senate of ‘inciting an insurrection’ for the way he fired up his supporters and spread false claims about the 2020 election being stolen from him.

Republicans said he was vindicated.

But that was not the end of the matter.

The House has established a committee to sift through the events leading up to the riot, and has presented its evidence in a series of blockbuster hearings during the summer.

It has included testimony from Trump’s own aides that he knew he had lost the election, despite public claims to the contrary, and that he was told some of his supporters were armed, yet still demand they be allowed to march on Congress to protest certification of Joe Biden’s election victory.

The committee has no legal power to prosecute Trump. But it could recommend that the Department of Justice press charges.

Possible indictments could include obstructing the vote count in Congress or conspiring to defraud the US. 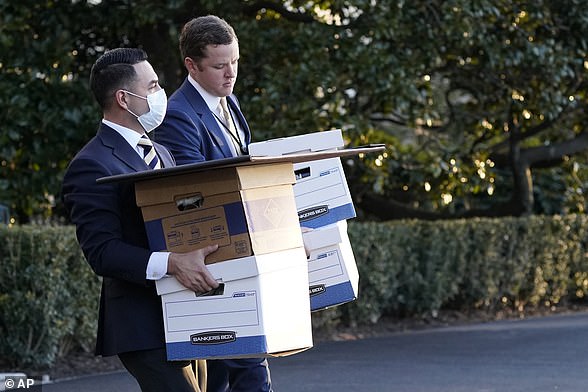 Staff members carry boxes to Marine One before President Donald Trump left the White House, on Jan. 20, 2021 for his Mar-a-Lago estate in Florida

Trump aides were seen carrying boxes of files to Marine One when Trump flew out of the White House for the final time last year.

But presidents are meant to hand over their documents to the National Archive at the the end of their term under the requirements of the Presidential Records Act.

In February, the National Archive said some 15 boxes of government material, which should have been turned over, had been found at Mar-a-Lago.

Negotiations continued over materials that Trump had allegedly kept, but the quiet discussions exploded into public last month when the former president’s Florida home was searched by the FBI.

Attorney General Merrick Garland defended the operation and said he had signed off the search.

‘Faithful adherence to the rule of law is the bedrock principle of the Justice Department and of our democracy,’ he said.

‘Upholding the rule of law means applying the law evenly without fear or favor Under my watch, that is precisely what the Justice Department is doing.’ 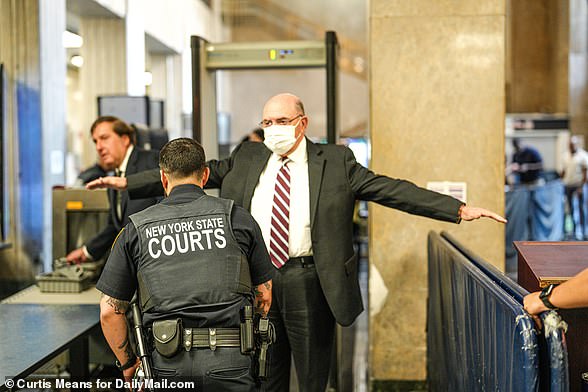 Trump Organization Chief Financial Officer Allen Weisselberg could face up to 15 years in prison if found guilty of tax fraud. It is one of two cases against the company in New York 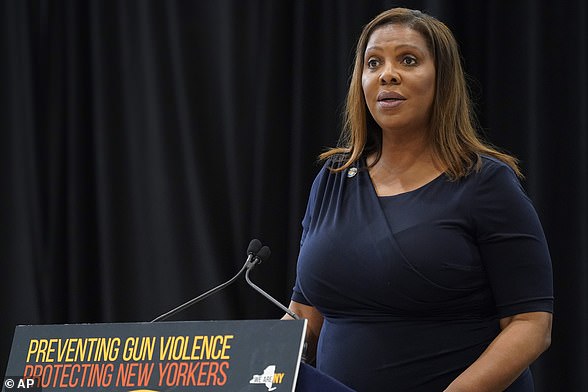 In August a New York judge ordered the Trump Organization and its financial chief to stand trial in October on criminal tax fraud charges.

Prosecutors believe that Allen Weisselberg and Trump’s company conspired to give off-the-books compensation to senior executives for 15 years.

That included $1.7 million, including rent, car payments and school tuition, for Weisselberg, who is accused of defrauding New York out of $900,000 in unpaid taxes.

He and the company deny any wrongdoing.

At the same time, Trump faces a civil case being pursued by New York Attorney General Letitia James. She is looking into allegations that Trump’s company misled lenders and tax authorities about asset values, by raising and lowering valuations depending on whether it was for tax or investment purposes.

She questioned Trump under oath on Wednesday. But he pleaded the Fifth Amendment, repeating the phrase ‘same answer’, more than 400 times. 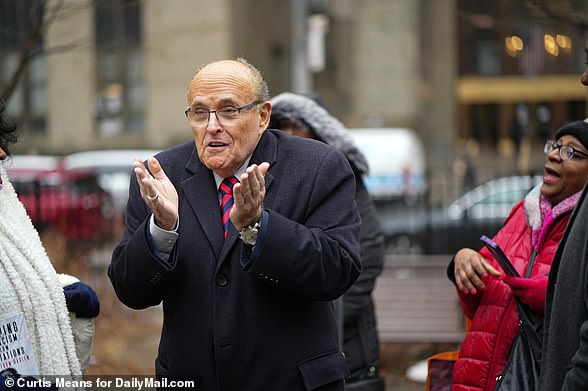 Trump allies, including Rudy Giuliani (above), the former New York mayor and Trump lawyer, and Lindsey Graham, the Republican senator from South Carolina have been asked to appear before a Georgia grand jury investigating the aftermath of the 2020 election

Trump’s lawyers and allies are in the firing line in Georgia, where the former president and key aides allegedly tried to overturn the state’s 2020 election result.

In a January 2021 phone call, Trump even called on Raffensperger to ‘find’ him the 10,000 votes he needed to beat the Democratic candidate.

A grand jury has been convened to sift the claims and decide whether there is enough evidence to bring charges.