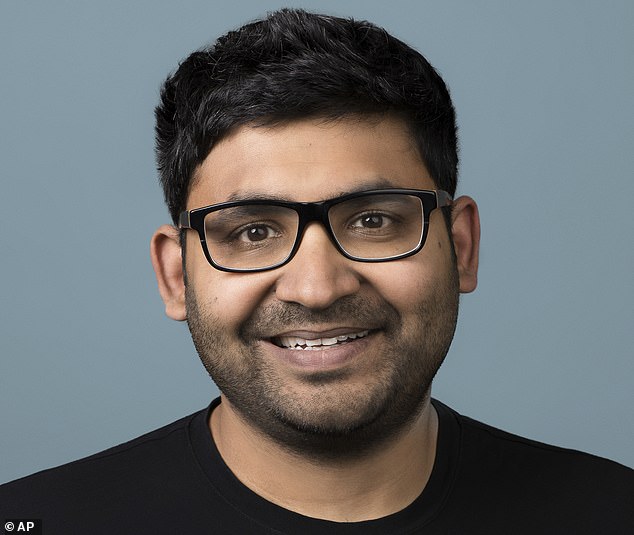 Twitter descended into chaos last night after two top employees were sacked while shareholders were urged to revolt over the chief executive’s pay.

Agrawal also said Twitter will not hire staff for the time being and could even rescind offers handed out to prospective hires.

The 37-year-old, who has been at the helm since November, wrote in an internal memo to staff that ‘it’s critical to have the right leaders at the right time’.

Beykpour said Agrawal ‘asked me to leave after letting me know that he wants to take the team in a different direction’. Falck took a swipe at Agrawal by changing his Twitter bio to ‘unemployed’.

The shake-up came as shareholder groups urged investors to revolt over Agrawal’s £25million pay package at the annual general meeting later this month.

Institutional Shareholder Services and Glass Lewis said there was a ‘misalignment between chief executive pay and company performance’.