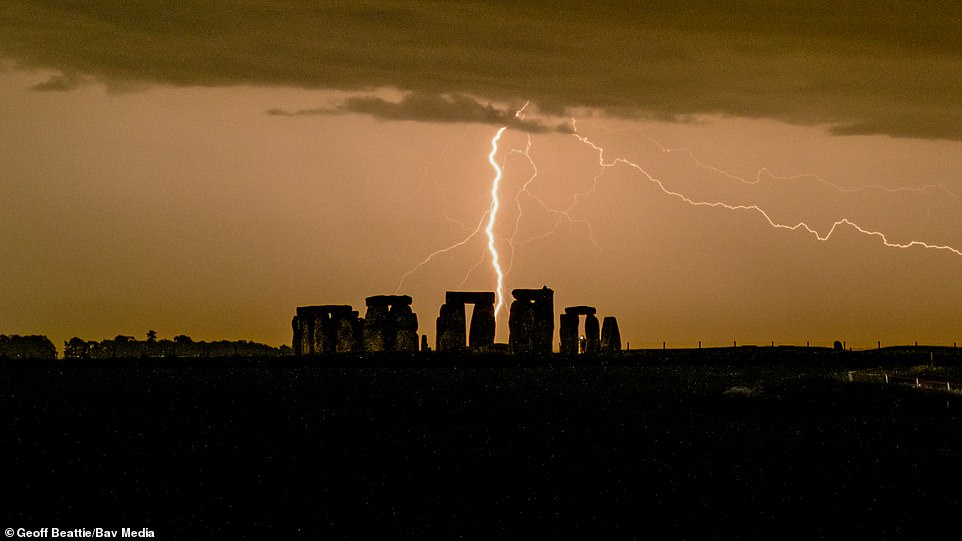 Parts of Britain will enjoy 27C (81F) heat this week after huge thunderstorms hit overnight – with more on the way in the coming days which could cause flooding, transport delays and power cuts.

Thunder and lightning hit parts of southern England through the night with Hampshire, Dorset and Wiltshire most affected, while there was also a dramatic super blood moon in the early hours of this morning.

The Met Office had warned some places could see up to 1.2in (30mm) of rain in less than an hour overnight, but things will brighten up for England and Wales today with warm sunshine after thundery showers clear.

Warm air from North Africa is set to bring above-average temperatures for May to most places in the UK this week, but the pleasant weather will be broken up with potentially heavy or thundery showers. 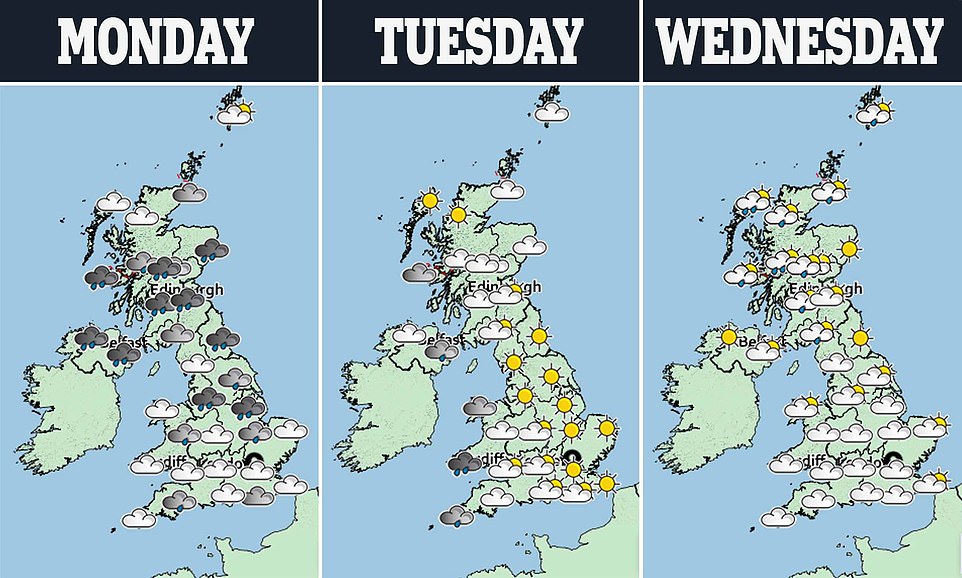 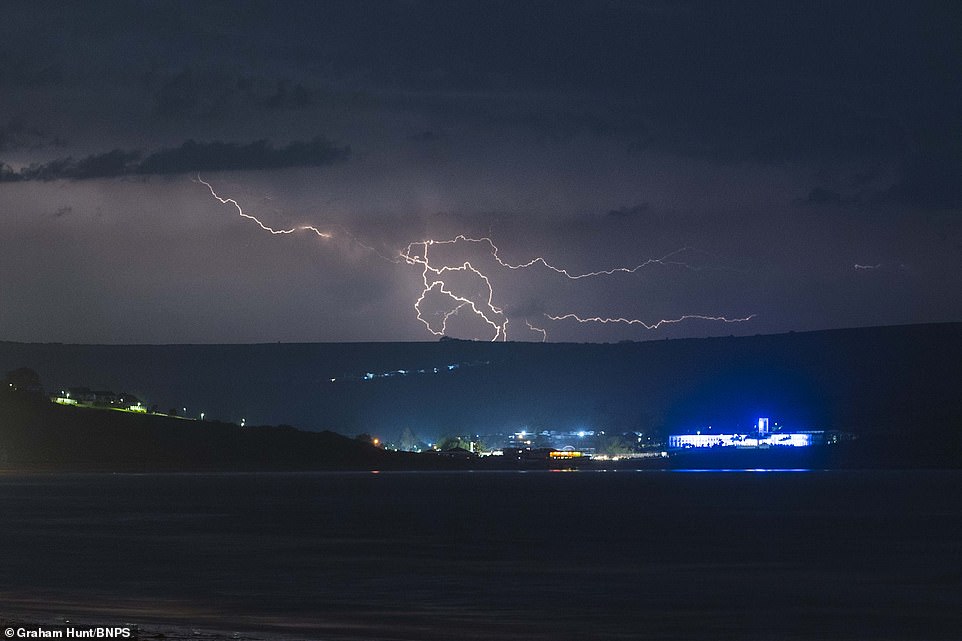 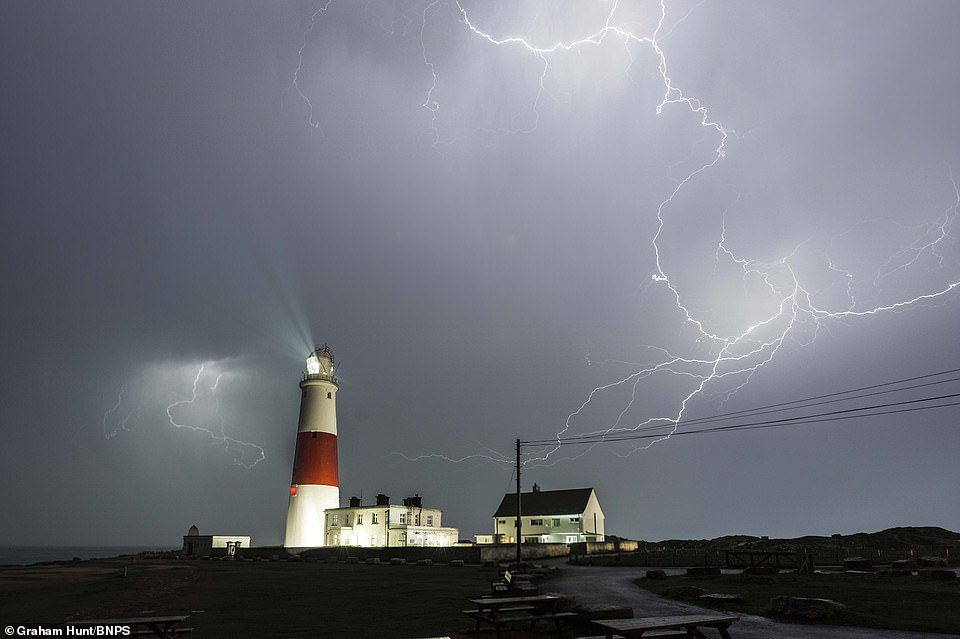 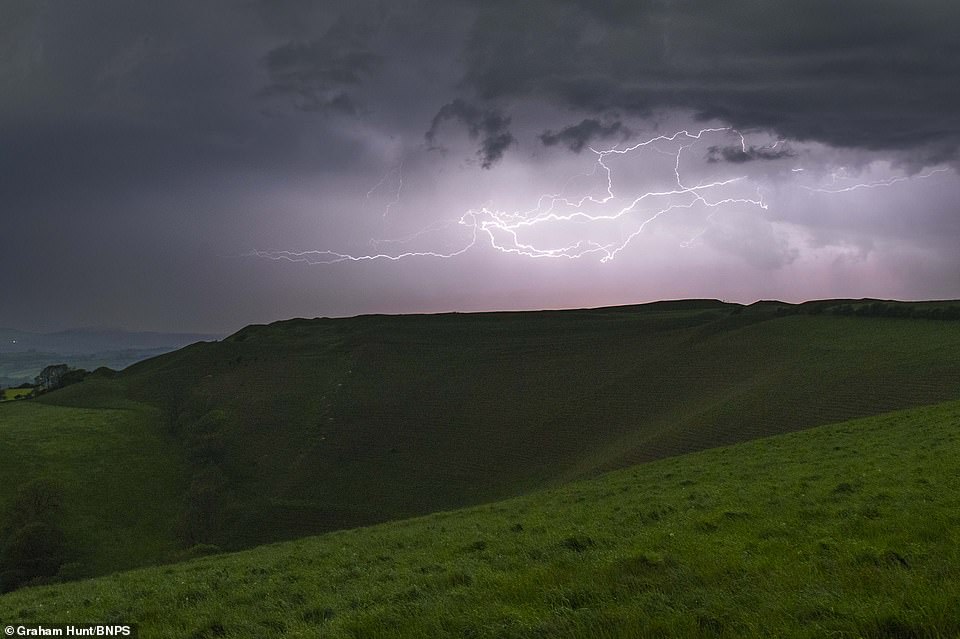 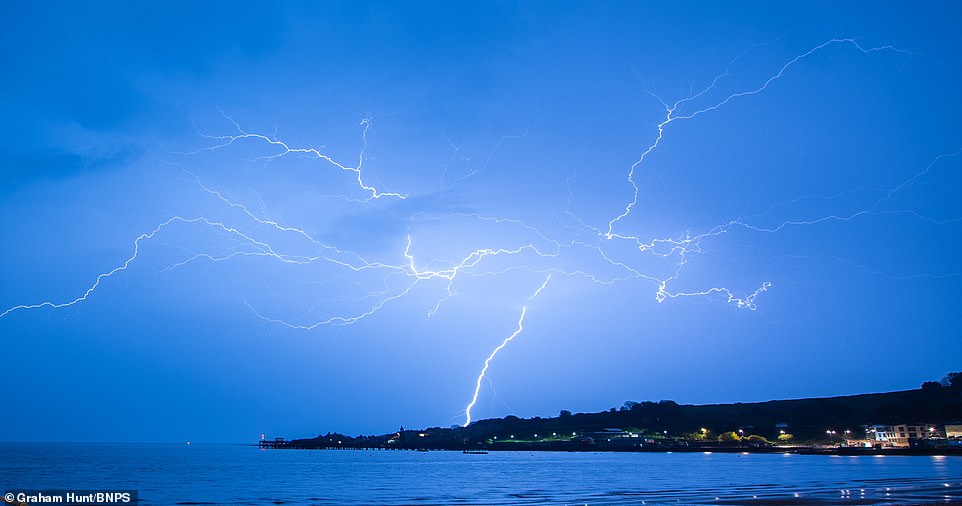 After a wet and cooler day yesterday, temperatures will get up to 22C (72F) in the South East today and could reach 27C (81F) tomorrow with similar highs in the mid-20Cs (mid-70Fs) likely for the rest of the week.

Some people will enjoy sunny spells but heavy showers are set to move across the whole of the UK, particularly in the North and West. These might be thundery at times in the South, central England and South West Scotland.

Met Office chief meteorologist Andy Page said: ‘The plume of warm air we have been expecting from the south will bring higher temperatures across the whole country over the next week. However, it looks like the effects from the Atlantic lows will prevent sustained high pressure building from the east.

‘This means that while we might see some warm – and in places very warm – days, overall the next week will feel more like what we would expect of a warm spell in May, with some heavy showers around, rather than hot summery weather.’ 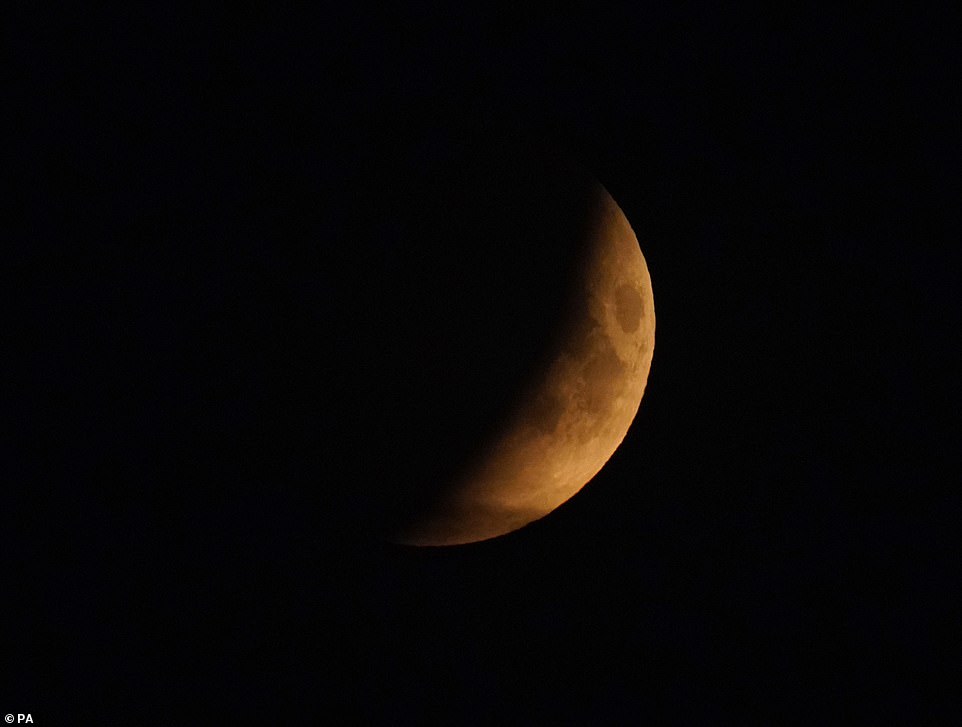 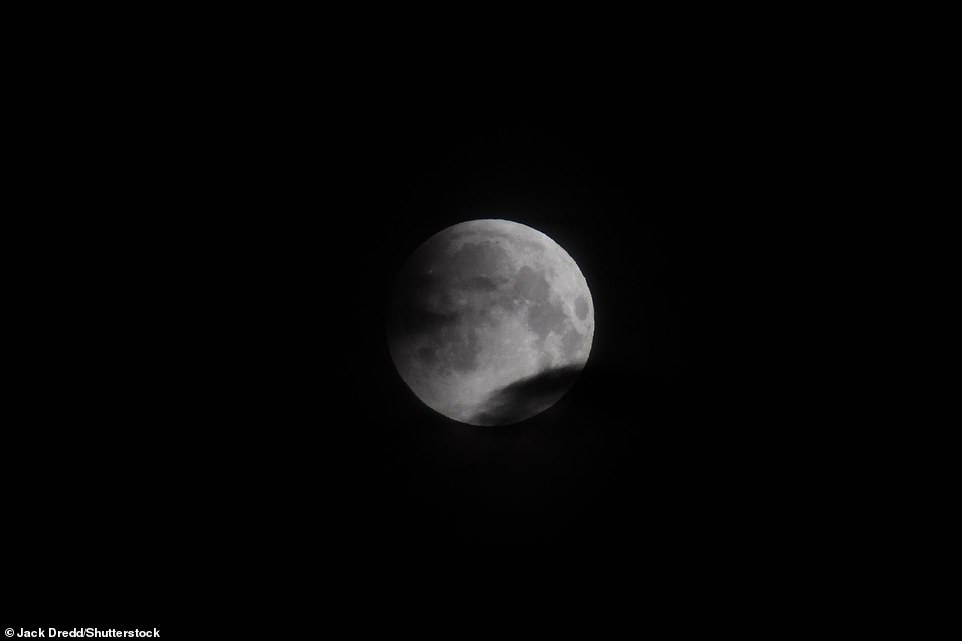 The full lunar eclipse coincided with a super moon, when the moon is at its closest to the Earth (as seen from London) 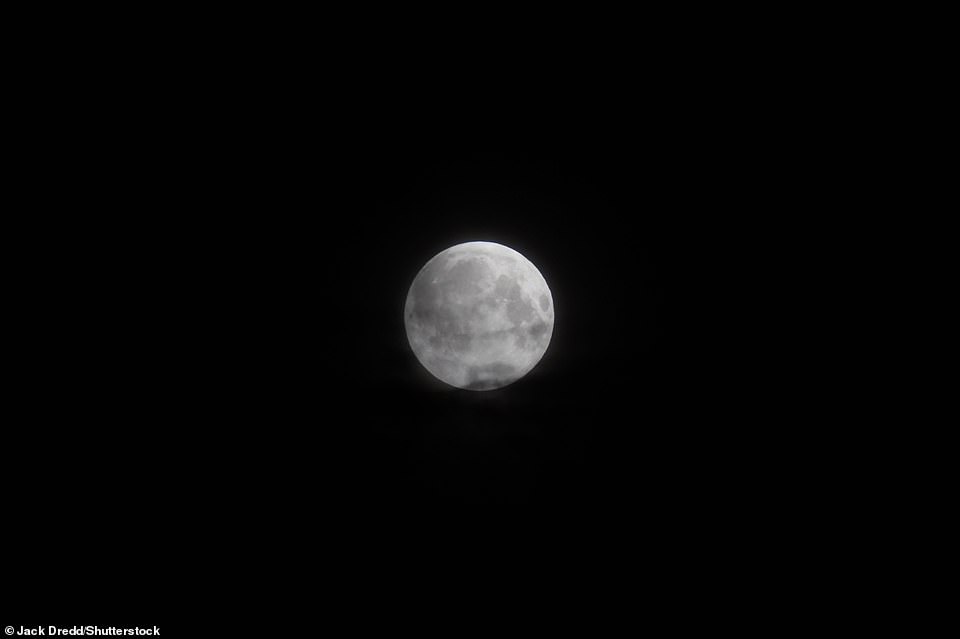 Meanwhile skygazers in the UK were treated to a dramatic super blood moon in the early hours of today. In this year’s only full lunar eclipse, the moon turned a deep coppery red as it drifted into the shadow of the Earth.

The Earth’s atmosphere then bent light from the sun and bathed the moon in a red hue. The moon started to enter the Earth’s shadow just after 2.30am, and began to darken considerably about an hour later, appearing as if it was becoming a waning crescent.

The best viewing time was between 4.29am and 5.06am, when the moon was completely eclipsed. The eclipse coincided with a super moon, when the satellite is at its closest to the Earth during its orbit, making it appear larger and brighter than usual.

The blood moon is the first of its kind for two years. With the last one, in January 2019, obscured by cloud in many parts of the UK, astronomers are hoping for clear skies this year.

Our home has subsidence, why didn’t our mortgage valuation spot it?
My wife is denied state pension but was a ‘stay at home’ mother, is that fair?
Advertisement