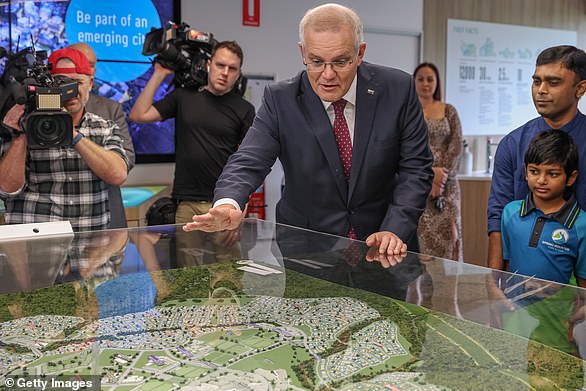 Scott Morrison’s plan to let Australians put $50,000 of their super into buying their first home could help the young get into the market much sooner as prices surge.

Australian property prices last year soared at the fastest annual pace since 1989 and saving up for that 20 per cent mortgage deposit to buy a house typically takes more than a decade in most capital cities.

With fewer Australians able to buy their first home in their 20s or 30s, the Prime Minister used the Liberal Party campaign launch in Brisbane on Sunday to unveil the Super Home Buyer Scheme.

This would allow first-home buyers to invest up to $50,000 or 40 per cent of their superannuation if they had saved for a deposit of at least five per cent.

The scheme has no home price limit and is available for a brand new or existing property.

Scott Morrison ‘s plan to let Australians put $50,000 of their super into buying their first home could help the young get into the market much sooner as prices surge

Australians in their mid-30s would benefit most from their scheme, which Labor leader Anthony Albanese and superannuation groups are opposing.

This Millennial demographic would typically have sufficient super savings by that age that could be invested in a first home three decades before retirement age.

They would also be in a position to get into the housing market when they were still young enough to get a bank loan with a 30-year term to pay it off.

This becomes harder to obtain as a potential borrower ages.

Mr Morrison, Assistant Treasurer Michael Sukkar and Superannuation Minister Michael Sukkar claimed the Super Home Buyer Scheme would slash by three years, on average, the time it would take to save up for a mortgage deposit.

Senator Hume said she wished this kind of early access scheme existed when she was saving up for her first home, noting the 10 per cent compulsory employer contribution to super.

‘That’s your savings remember – one dollar in 10 of everything you earn goes into superannuation,’ she told The Project.

‘Not only is it your savings that you can then put into your home, because you’ve got more equity in your home, your principal and interest repayments are lower.’

‘Considering the importance of housing as a contributor to lower housing costs, greater financial independence and higher living standards at retirement, the government’s policy to utilise a portion of superannuation to enable home ownership has some merit when considering housing as an investment in one’s future,’ she said. 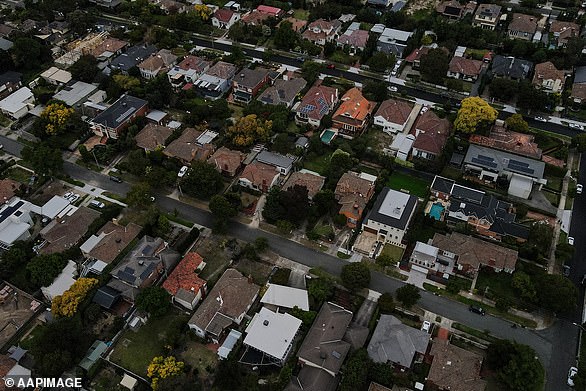 Getting into the market sooner means a first-home buyer doesn’t have to be delayed from owning a house or unit as property prices keep rising.

The mid-point price of an Australian home stood at $748,635 in April when Reserve Bank interest rates were still at a record-low of 0.1 per cent, CoreLogic data showed.

That meant a buyer needed a 20 per cent deposit of $149,787 to avoid having to pay costly lender’s mortgage insurance.

CoreLogic and ANZ calculated that saving up that for deposit in March took 11.4 years, going by the median time it took to put away 15 per cent of income a year.

That figure was also based on a household income where a couple was typically saving up for the deposit.

In Sydney, where the median house price is $1.417million, saving up for that deposit takes 17.7 years. 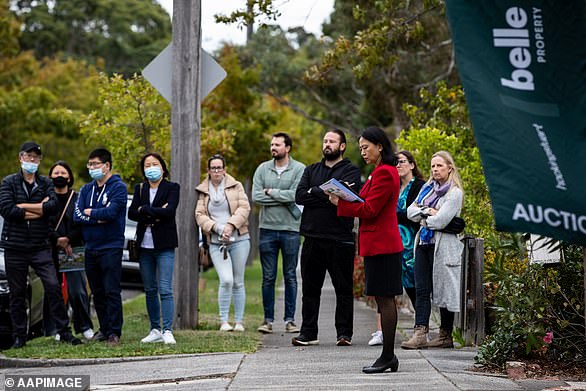 The Australians who would be able to raid their superannuation would typically be in their late 30s.

Average superannuation balances for men aged 35 to 39 stood at $83,723 in June 2019, compared with $66,611 for women, figures from the Australian Taxation Office and the Association of Superannuation Funds of Australia showed.

That means those who raided their super in their late 30s would be doing so three decades before age 65 when Australians can usually access their super.

Mr Morrison has used the final week of the election campaign to try and boost the Liberal Party’s chances as the government trails Labor in every opinion poll.

In the unlikely event the Coalition is re-elected on May 21, for a fourth consecutive term, the scheme would not start until July 1, 2023.

The Super Home Buyer Scheme would also require any capital gain or left over money from a mortgage being discharged, after a property is sold, to be returned to a superannuation fund.

This means those who accessed their super would most likely have to live in their property or rent it out longer-term rather than trying to sell for a quick profit.

The House of Representatives Standing Committee on Tax and Revenue, chaired by Liberal MP Jason Falinski, released a report in March recommending Australians be allowed to withdraw from their super to buy a home.

The Association of Superannuation Funds disagreed, last year arguing it would do nothing to improve housing affordability as it stimulated demand and pushed up prices.

‘The early release of superannuation for housing is not a panacea, is not in line with the objectives of the system and will have long-term consequences for retirement incomes,’ he said.

Ms Owen, while supportive of cutting back on the time to save for a mortgage deposit, agreed the policy wouldn’t make homes more affordable.

‘Allowing first homebuyers to access superannuation for their upfront housing costs on a broad basis will add to demand, and this could increase the cost of housing,’ she said.

‘This may be good news for homeowners looking to protect their wealth, or sellers in an environment where housing market conditions are starting to soften, but for first homebuyers it could erode some of the benefit of dipping into their super.’

‘Using superannuation from early on in a person’s life cycle for a home can also lead to far less at retirement, particularly if the family home can’t be easily sold to downsize or does not increase in value as hoped,’ she said.

The scheme has no age limit but those seeking a bank loan to buy a house in their 50s would be unlikely to get approval from a bank with only a small deposit.

The policy allowing early access to retirement savings would be the most radical since compulsory superannuation debuted in 1992.

Mr Albanese, the Opposition Leader, has described it as irresponsible.

He is instead proposing a plan where the government would take a 40 per cent equity in a new property for first-home buyers earning up to $90,000 individually or $120,000 as a couple.

But Labor is backing the Coalition government’s Home Guarantee Scheme, enabling first-home buyers and single parents to get into the market with a five per cent deposit as taxpayers underwriting the balance of the 20 per cent deposit.

Former Liberal PM Tony Abbott backed the superannuation access for housing concept in 2017 but his ideologically more moderate successor Malcolm Turnbull in 2016 described it as a ‘thoroughly bad’ idea.

During the early stages of the Covid pandemic, the federal government allowed workers to access up to $20,000 of their super, in two $10,000 installments.