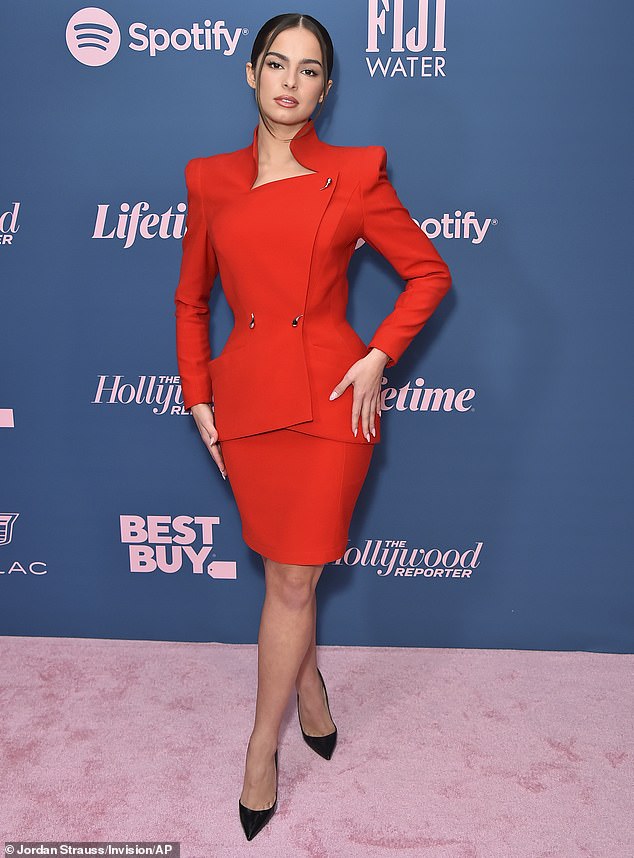 Addison Rae wore a red power suit that showed off her tight waistline at The Hollywood Reporter event on Wednesday.

The 22-year-old social media star walked the carpet wearing a buttoned blazer top with a high neckline and a matching skin-tight skirt that cut off just above her knees. She wore a simple pair of black stiletto heels to go with the outfit.

The TikTok vet has starred in the He’s All That remake She’s All That. 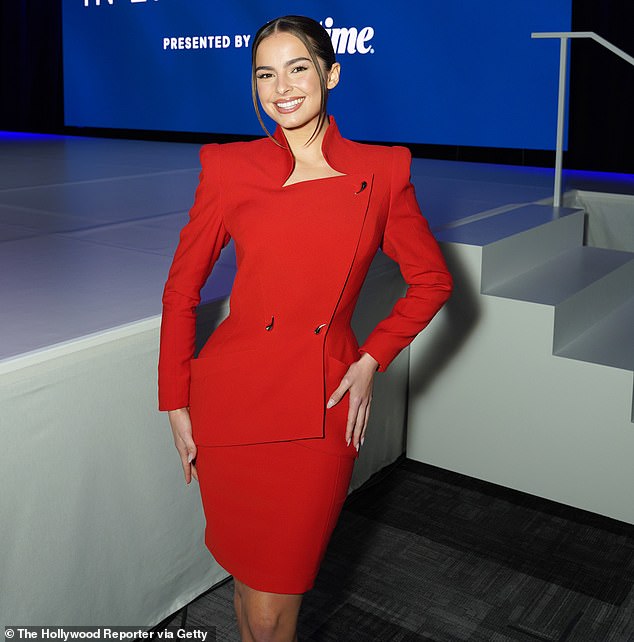 All smiles: The bombshell looked stunning in her power suit as she smiled for the camera

The beauty’s brunette hair was pulled back in a sleek bun with two strands of hair left out in the front to frame her face.

She had a very clean makeup look with cat-eye eyeliner and light pink lips.

The Hollywood Reporter Women in Entertainment Gala event is held every year to celebrate women in entertainment.

This year 750 of the leading women in entertainment attended. 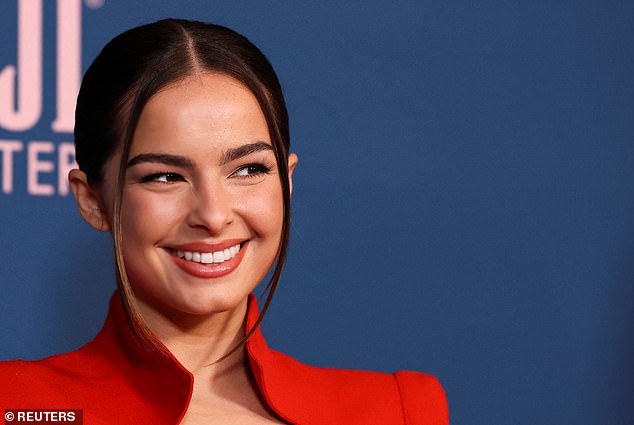 Keeping it simple: No jewelry was needed when it came to wowing at the event

Small details: The blazer top had three small buttons keeping it together, which were oddly shaped and added a unique quality to the outfit 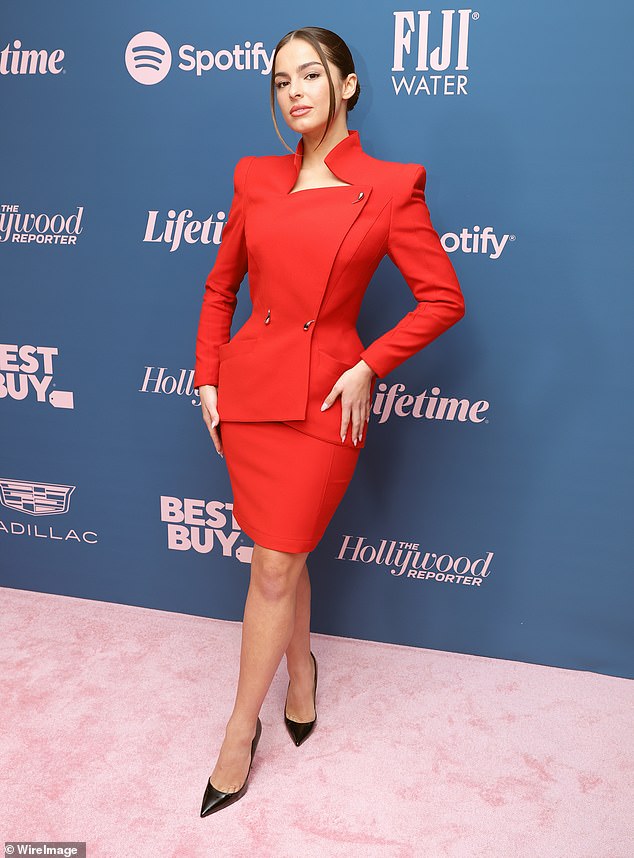 Model behavior: The star kept her hands on her waist when posing to highlight her figure

In 2019 Rae began posting heavily on TikTok and in 2020 she was ranked as the highest-earning TikTok personality in Forbes. The following year she made Forbes 30 under 30 list for social media influencers.

The star took her career in another direction and starred in the 2021 movie He’s All That, where she played role of Padgett Sawyer. The movie was a remake/reboot of the 1999 hit rom-com She’s All That.

She also released a song in 2021 called Obsessed which didn’t receive many positive reviews, however it did take the number 10 spot on the Bubbling Under Hot 100 chart.