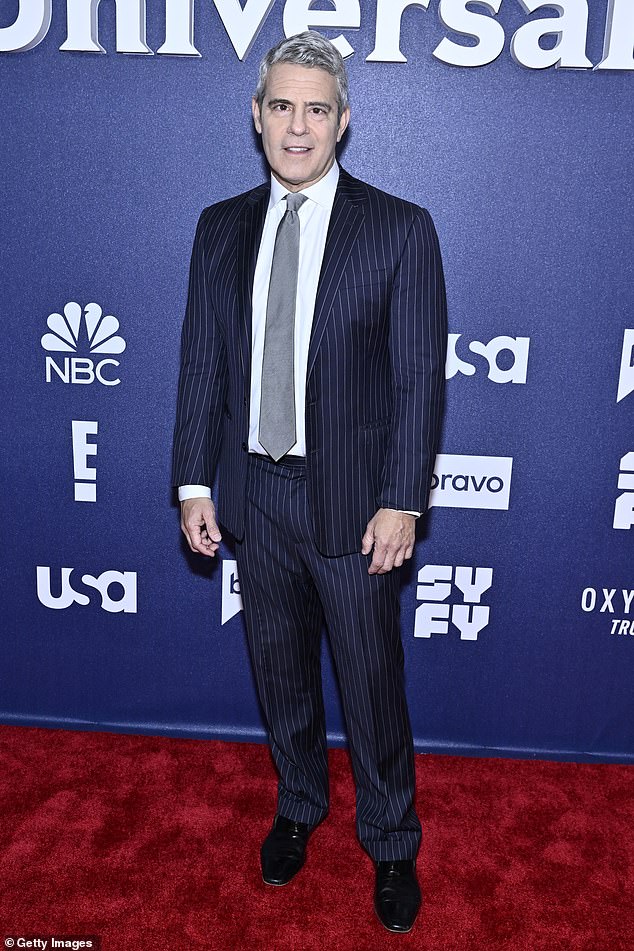 Andy Cohen made his dominance in the television industry known as he arrived at the Upfronts in New York City on Monday.

The industry event is a gathering at the start of important advertising sales periods, held by television network executives and attended by major advertisers and the media.

Bravo boss Andy, 53, showed up dressed for business in a pinstripe suit and later posed with some of his favourite Real Housewives stars including Kenya Moore, Kyle Richards, Karen Hugar and Teresa Giudice.

TV titan: Andy Cohen poses with his Real Housewives cast members as he arrives at the star-studded Upfronts in New York on Monday

Also in attendance for the group snap was Garcelle Beauvais, Alexia Nepola and Gizelle Bryant.

The event is known for networks making announcements on TV shows getting the axe, as well as launching exciting new ones.

NBCUniversal’s presentation kicked things off on Monday morning in New York, with stars like Shakira and Nick Jonas also in attendance, promoting their new dancing reality show, Dancing With Myself.

It’s certainly an interesting time in the Real Housewives multiverse of madness – as there appears to be some shock changes on the horizon.

In March this year, it was announced Bravo is set to reboot and completely recast The Real Housewives of New York City after 13 seasons. 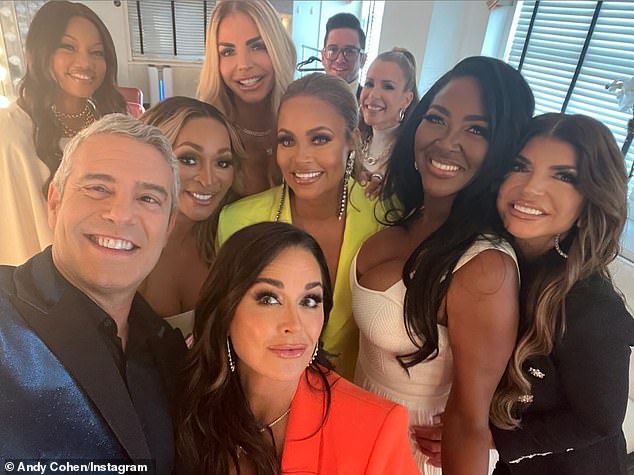 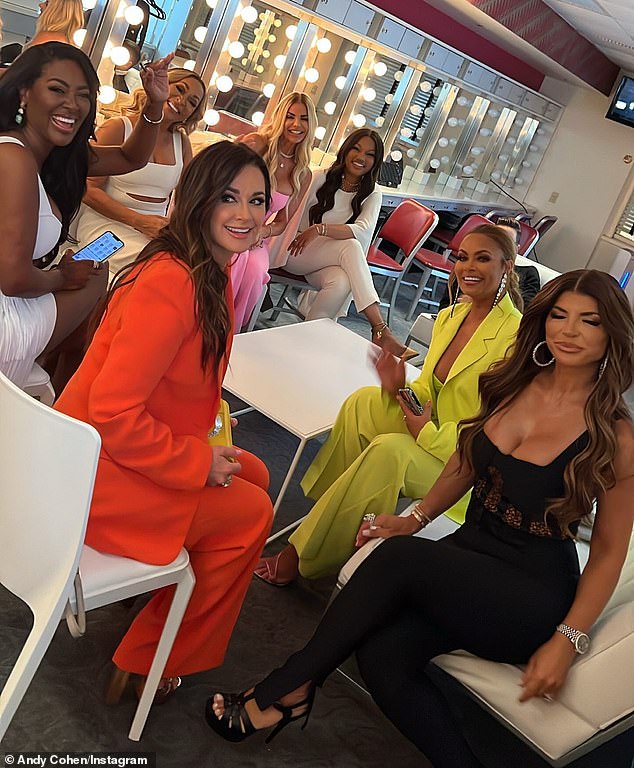 Glam and ready to go: Andy posted this snap of his Housewives cast mates at the TV industry event in NYC on Monday (L-R, Kenya, Karen, Kyle, Alexia, Garcelle, Gizelle, and Teresa) 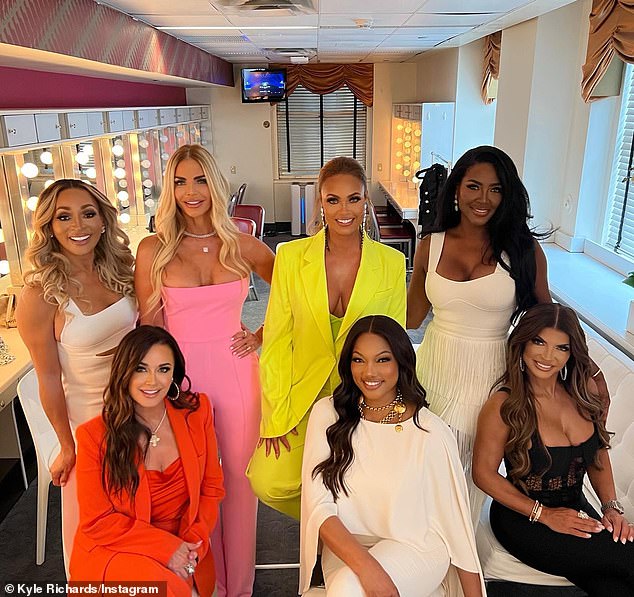 Ladies who launch: Kyle posted this snap of herself and her Real Housewives pals at the TV industry event on Monday

The network is said to be searching for a more diverse group of friends who best reflect one of the most multi-cultural cities in America.

It came after the most recent season saw declining ratings, and did not receive the all-important reunion episode. 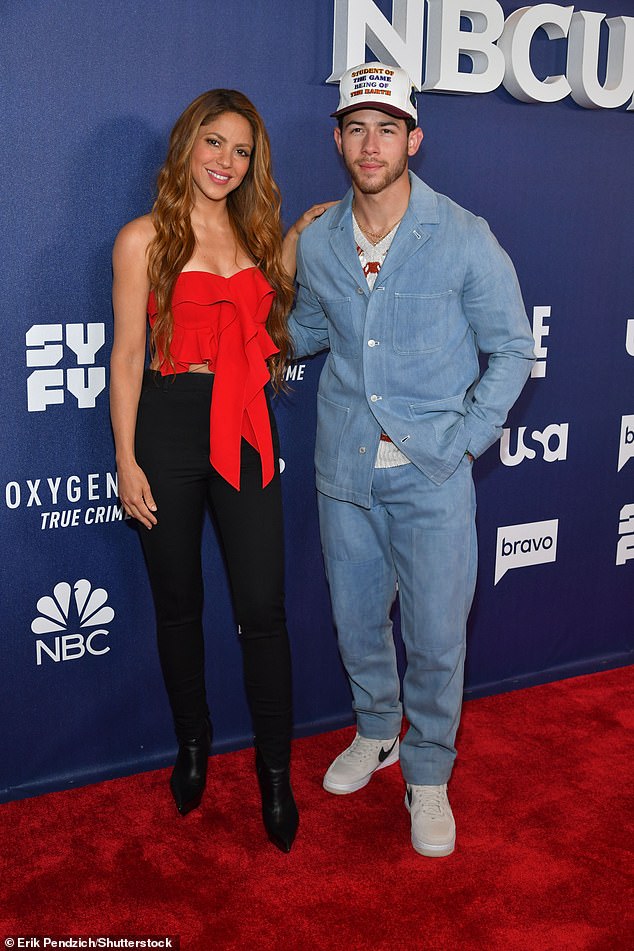 VIP talent: Shakira arrived at the event with Nick Jonas to promote the their new NBC reality dance show, Dancing with Myself, where they appears as celebrity judges

While those Housewives will not be featured in the main show, there will be a second spin-off show featuring past beloved stars, with a working title of either ‘RHONY Throwback’ or ‘RHONY: Legacy.’

Andy revealed the news at the time in an interview with Variety.

He said the two-part strategy ‘takes into account everything that our passionate audience has really been telling us over the last year,’ and will involve ‘rebooting and recasting’ the series from scratch. 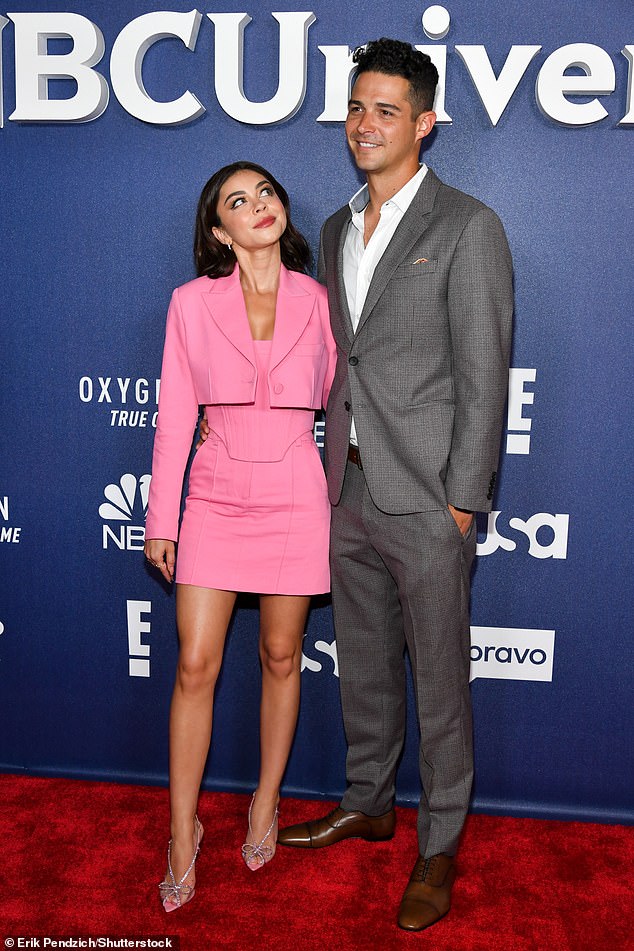 Here’s looking at you: Sarah Hyland – who will be starring in NBC’s upcoming TV adaptation of the Pitch Perfect series – posed alongside her beau Wells Adams 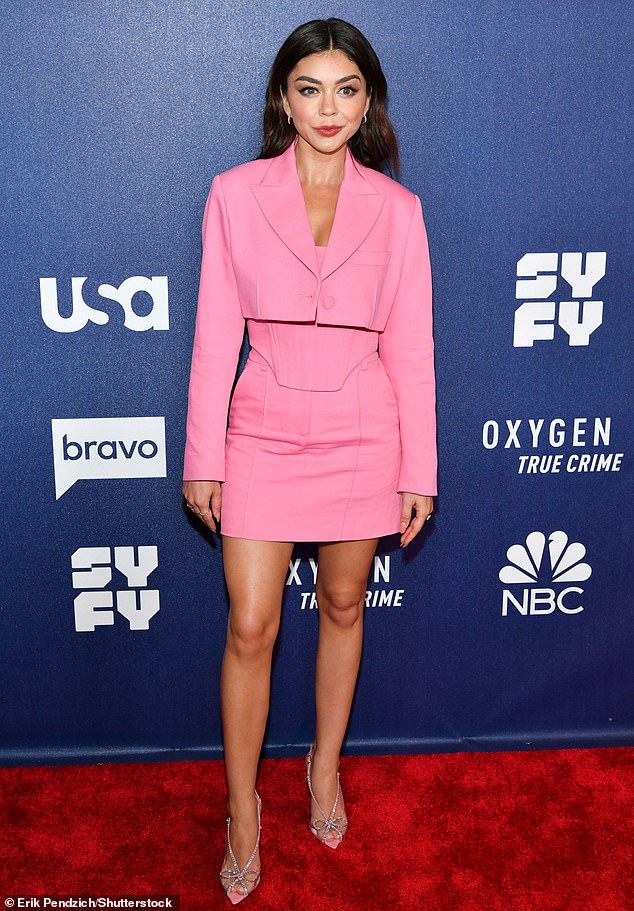 Pink lady: The Modern Family star has a new and exciting TV project in the pipeline 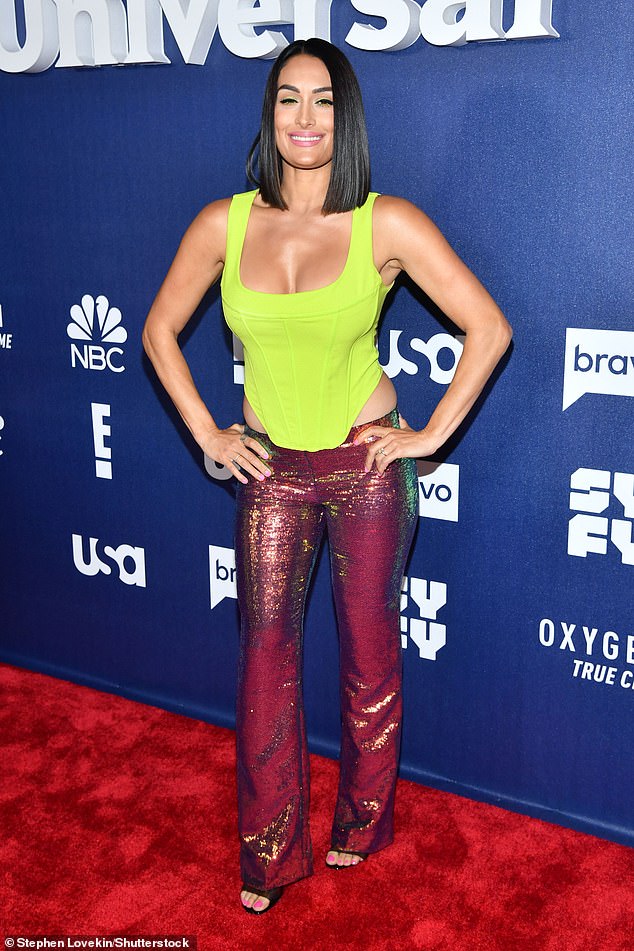 Glam: Nikki Bella arrived to promote her role as host of the new show Barmageddon, from exec producers Blake Shelton and Carson Daly 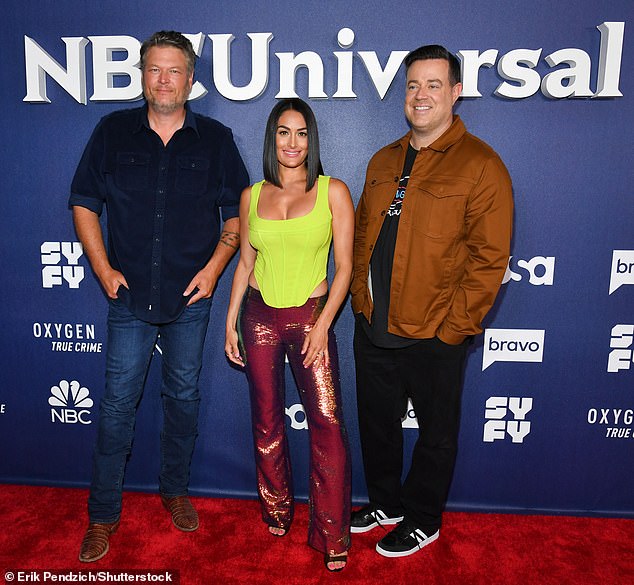 ‘You know that we’re at a crossroads for RHONY,’ Cohen told the outlet. ‘We’ve spent a lot of time figuring out where to go. And the plan that we’ve come up with, I think, is a real gift to the fans.’

‘We’re looking for a group of women who are real friends, and who are of diverse backgrounds, races and religions.’ 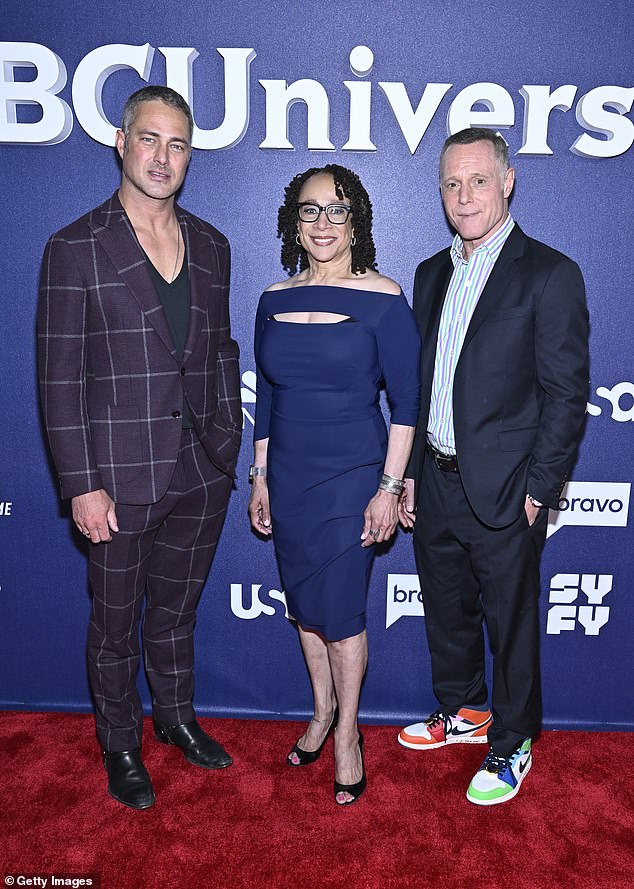 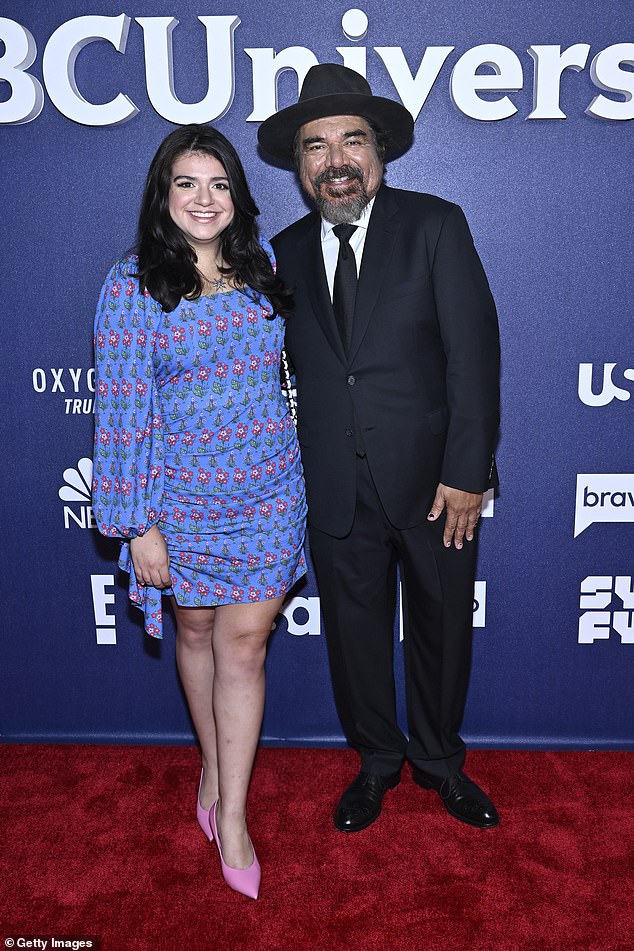 Funny guy: George Lopez arrived with his wife Mayan to introduce his sitcom Lopez vs. Lopez which will air on Fridays starting in November

Last year, a spokesperson from Bravo told DailyMail.com that the reunion show for RHONY had been cancelled.

‘Due to scheduling challenges around taping the reunion of “The Real Housewives of New York City” in a timely manner, Bravo confirmed there will not be a reunion for this season,’ they said.

Season 13 recorded its lowest rated episode of all-time, earning only 764,000 live viewers. (The only episodes rated lower were the ‘secrets’ recap episodes for season seven and 12.) 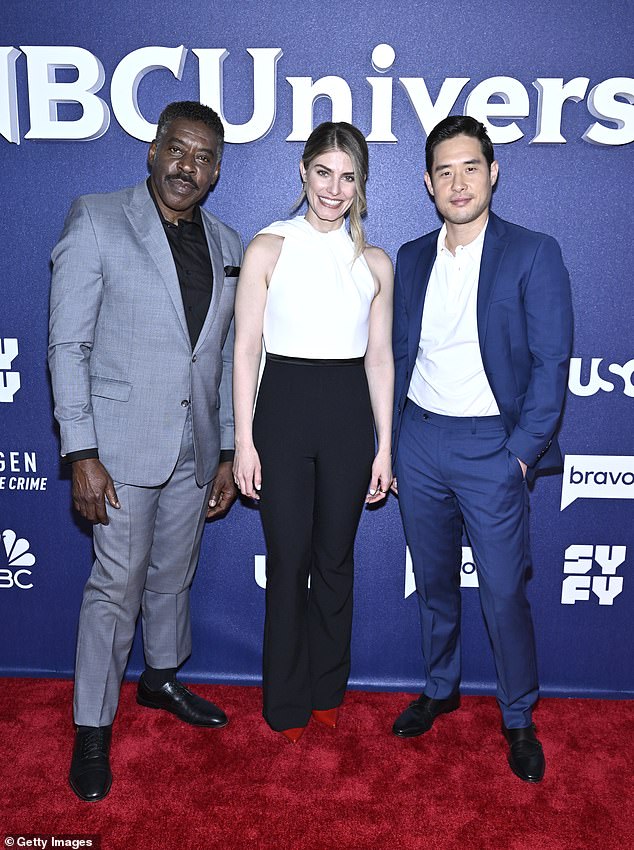 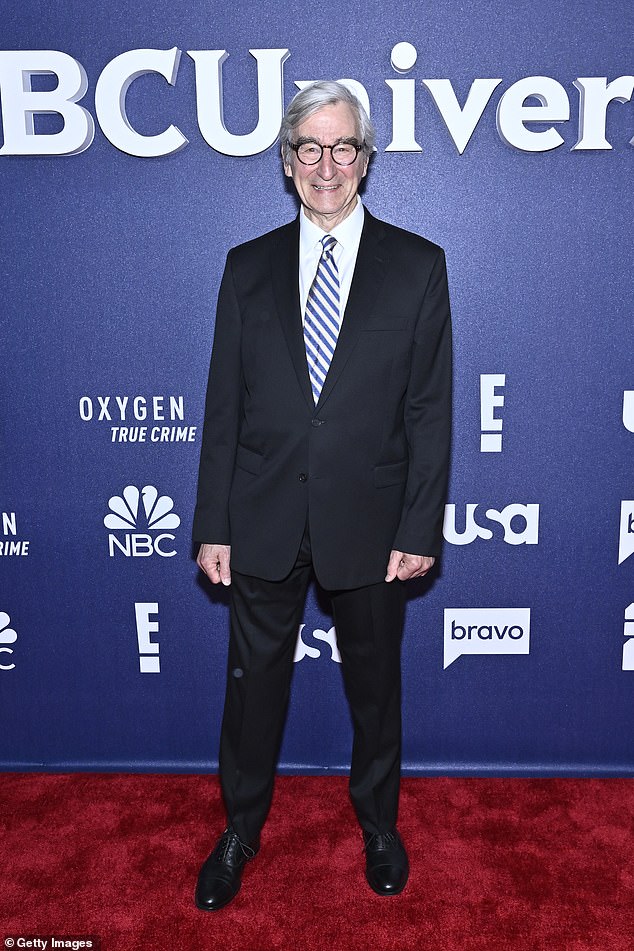 Williams, the first black Housewife in franchise history, has butted heads with show OGs Ramona Singer and Luann de Lesseps throughout the season.

Some have accused the attorney and former Fox News host of being ‘too woke’ and attributed her serious storylines about race relations to be at least partly responsible for the ratings slump.