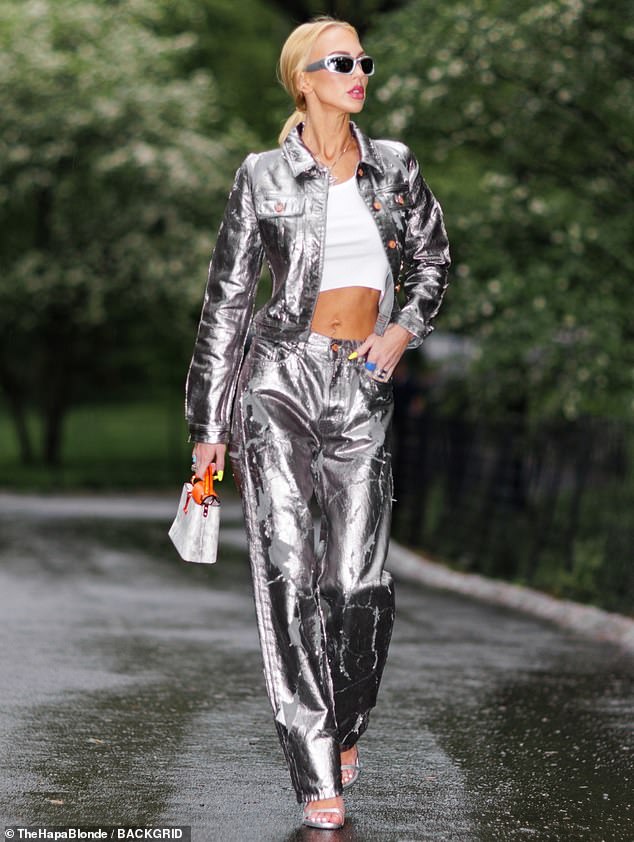 Christine Quinn seemed to radiate light as she took a stroll through a wet Central Park in New York Sunday.

The 33-year-old showed off her taught abs in a white crop top, with straight leg metallic pants and a jacket from Diesel as she sauntered along a tree lined path.

The reality star had her blonde hair pulled back into a sleek pony tail, and she donned wide, silver framed sunglasses and coordinated the look with bright pink lipstick.

Shine on: Christine Quinn, 33, showed off her taught abs in a white crop top, with metallic pants and a jacket from Diesel as she sauntered along a tree lined path in New York’s Central Park

Christine’s future as a realtor on the Netflix show has been up in the air after season five allegations from Emma Hernan that the blonde beauty had tried to bribe a client with $5,000 to never work with Emma again.

Christine has denied the allegations. 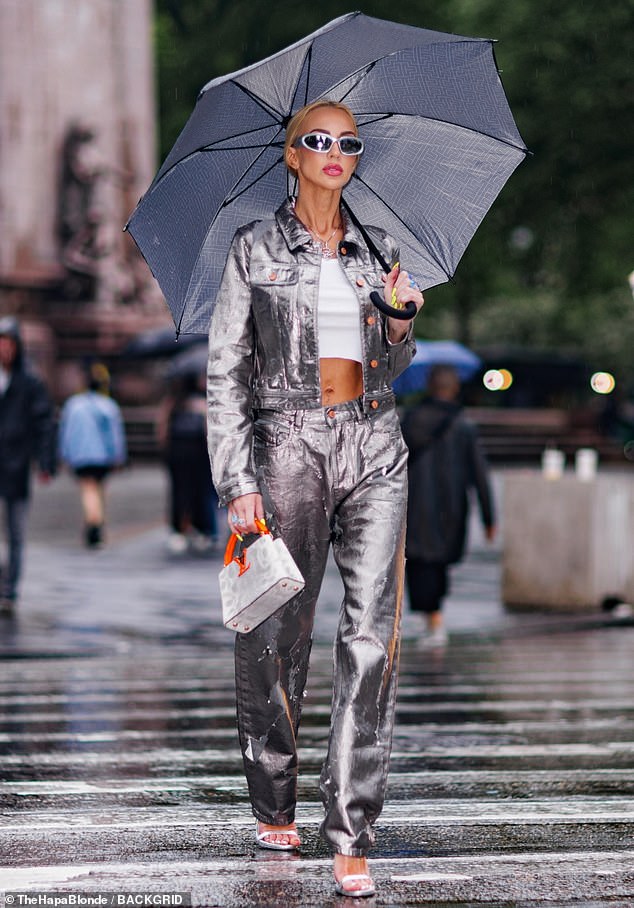 Forecast cloudy: It seems the blonde beauty is no longer a member of the Selling Sunset cast after allegations she bribed a client not to work with co-star Emma Hernan. Christine has denied the claim

On the season five reunion show, Jason Oppenheim of the Oppenheim Group addressed the allegations, indicating there’s ‘no place’ for the Christine in the company right now, but things could change.

‘Now, in the future, if she takes real estate seriously,’ he explained, ‘if I can get an understanding of her perspective on things … there’s a lot of reasons where I would consider her having a place at the Oppenheim Group.’

For her part, the tempestuous realtor has claimed she quit the company before the reunion. 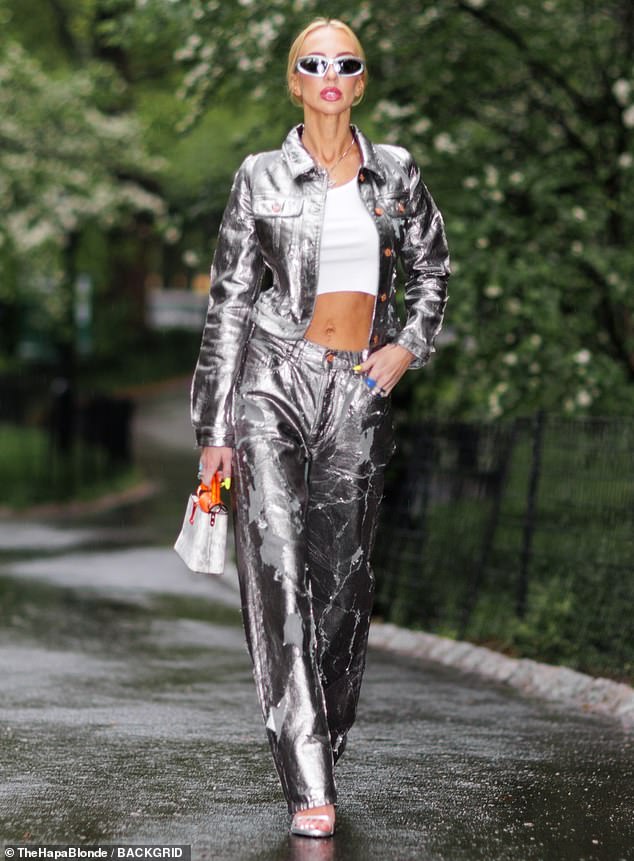 New company: The tempestuous realtor claimed she has founded a new company, RealOpen, with her husband, which allows clients to buy and sell homes using cryptocurrency

‘Of course there’s no place for me, the mother of one said during a TikTok video. ‘I terminated my contract weeks ago prior to filming. I have my own company now lol.’

That company is reported to be RealOpen, which Christine founded with her husband, Christian Dumontet, 42.  RealOpen allows clients to buy and sell homes using cryptocurrency.