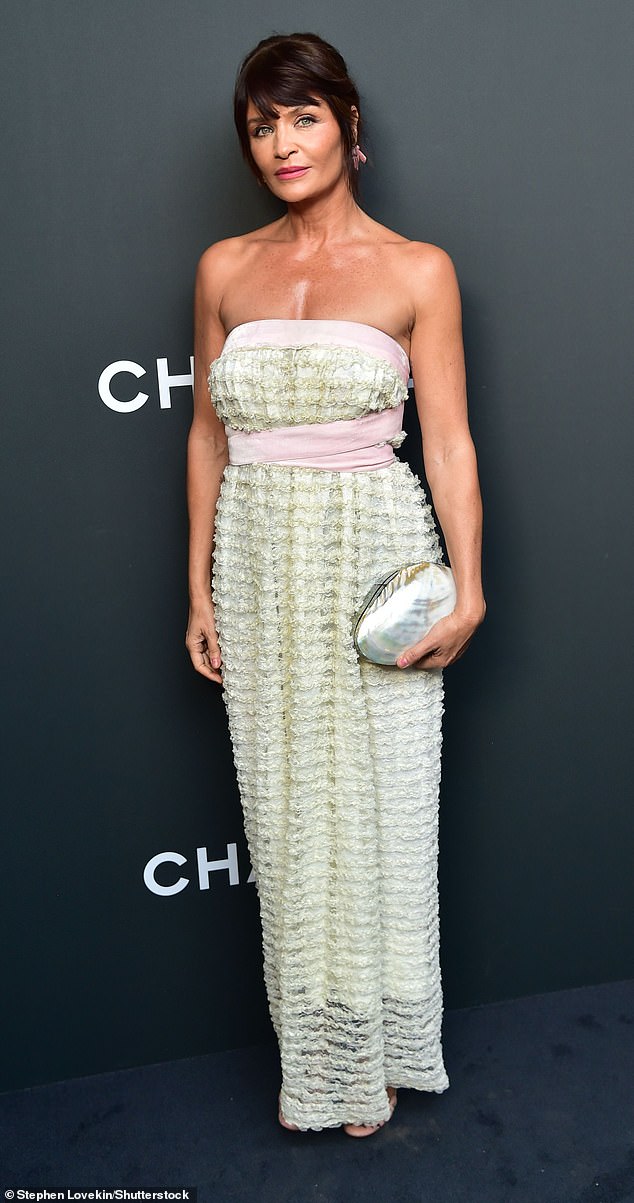 Helena Christensen, 53, was among the stars who made their way to the 15th annual event in New York City.

Age defying: Helena Christensen made 53 look like the new 33 when she stepped out for The Museum of Modern Art’s 2022 Film Benefit, presented by Chanel, honoring Academy Award–winning director Guillermo del Toro

The 5ft10in statuesque beauty looked much like she did during the heyday of 1990s high fashion in a white-patterned gown with a touch of lime green.

The off-the-shoulder number also had a touch of light pink along the chest line and built-in belt consisting of fabric that wrapped around her waist a couple of times.

Rounding out her overall ensemble, the Copenhagen, Denmark native had her long dark brown tresses pulled up into a loose bun, with the exception of the strands of hair she left dangling around the frame of her face. 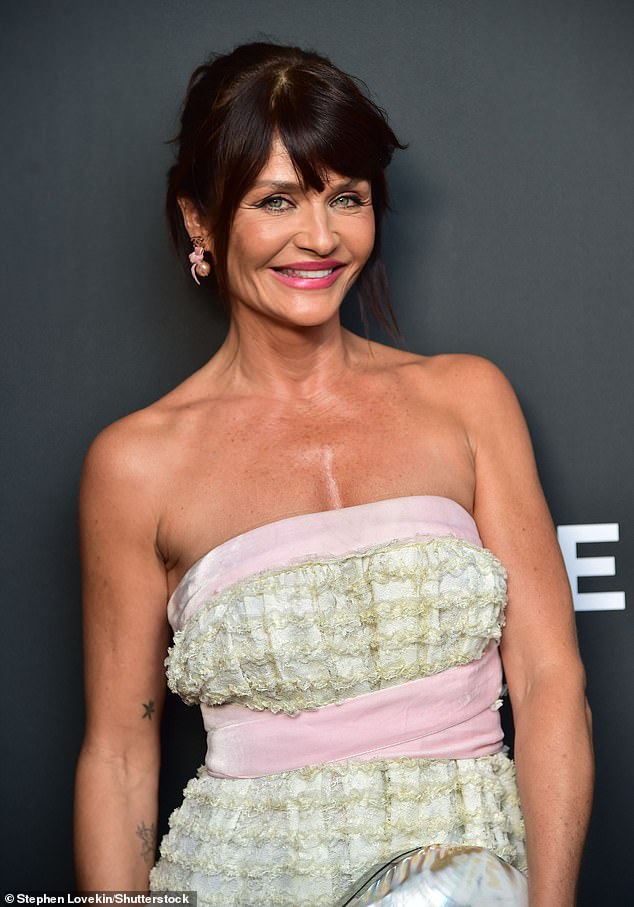 High fashion: The gorgeous patterned gown had touches of lime green and pink

The Danish supermodel is the proud mother to her only child, 23-year-old son Mingus Reedus, whose father is Norman Reedus (1998-2003) of The Walking Dead fame.

Over the years, Christensen has also had longterm romances with the late singer, and frontman extraordinaire Michael Hutchence (1991-1995) of INXS and the singer-guitarist of American rock band Interpol (2008-2015).

The man of the evening, Guillermo del Toro, showed off his fashion sense in a black three-piece suit alongside his wife Kim Morgan.

During his acclaimed career, the Mexican filmmaker been nominated for six Academy Awards, winning the Best Director and Best Picture awards in 2018 for The Shape Of Water (2017). 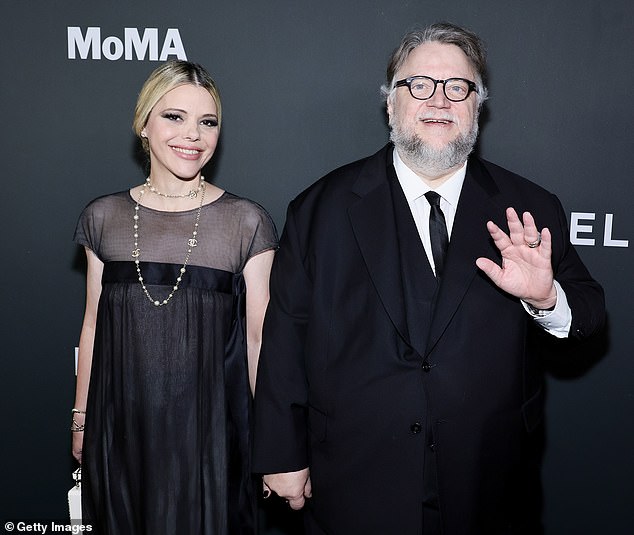 Honoree: The man of the evening, Guillermo del Toro, showed off his fashion sense in a black three-piece suit alongside his wife Kim Morgan

Del Toro’s work has appeared in several of the Museum’s exhibitions, starting in 1994, when his first film, Cronos (1993), was selected for the annual New Directors/New Films festival, according to a press release  from The Museum Of Modern Art.

In the proceeding years the museum screened his acclaimed film The Shape Of Water, and Nightmare Alley (2021).

His new exhibition, Guillermo del Toro: Crafting Pinocchio, which is devoted to the craft and process of the filmmaker’s first feature stop-motion animation film, will open on December 11, 2022.

The del Toro exhibition, which will be on view through April 15,  will provide visitors with a behind-the-scenes look at the creative process needed to realizeGuillermo del Toro’s Pinocchio (2022). 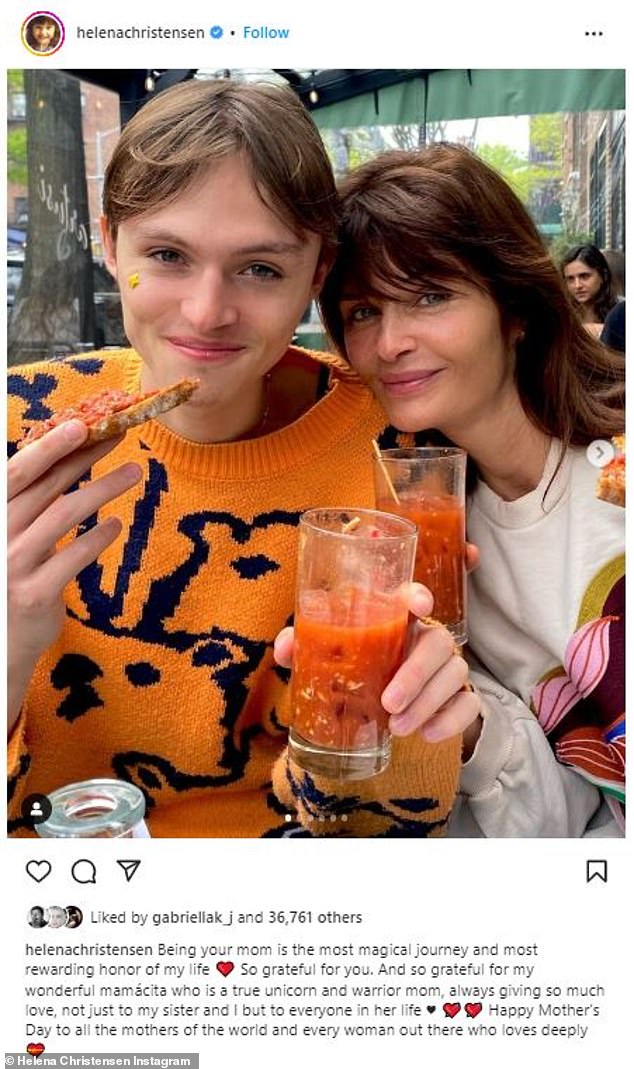 Proud mama: Christensen has a 23-year-old son, Mingus Reedus, whom she shares with ex-partner Norman Reedus 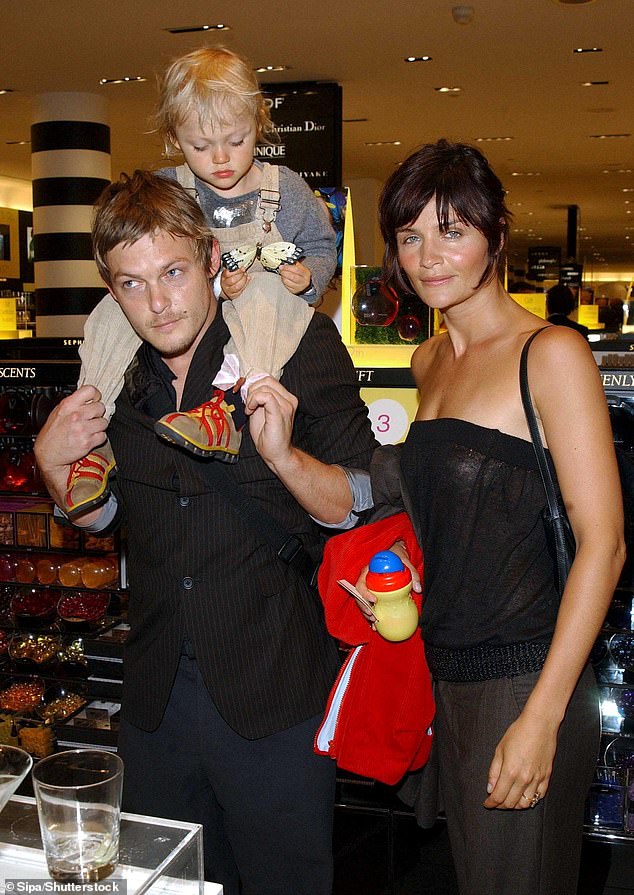 The way we were: Christensen and Reedus were an item from 1998 through 2003; the former couple are seen with their son in September 2002