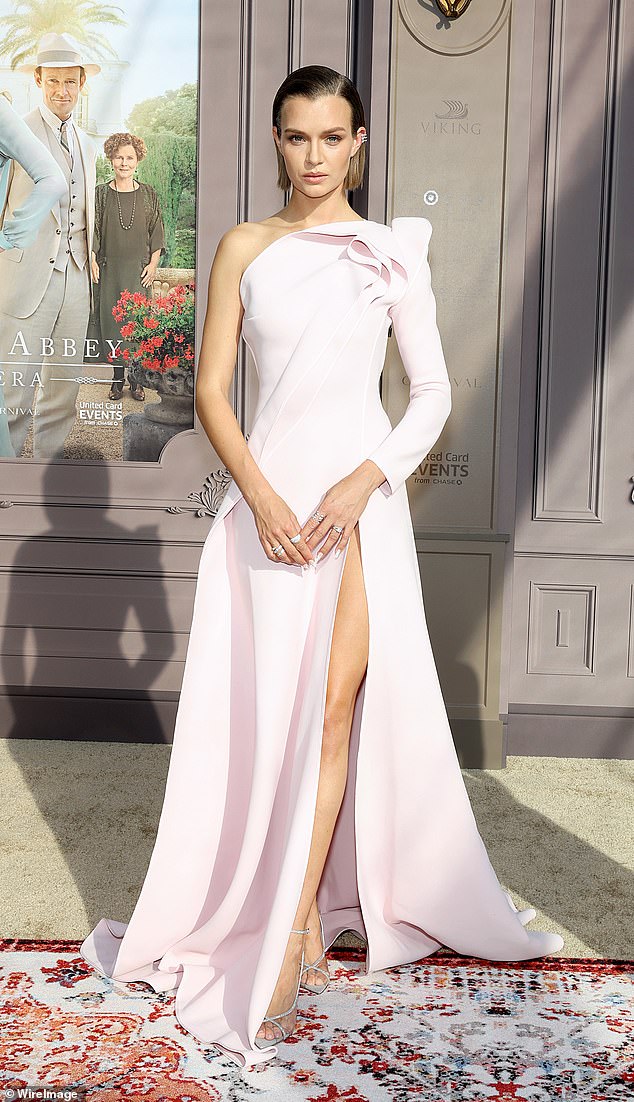 Josephine Skriver looked effortlessly elegant as she arrived for the Downton Abbey: A New Era premiere at the Metropolitan Opera House in New York on Sunday.

The Victoria’s Secret model, 29, sizzled in a pale pink floor length gown as she gave a glimpse of her toned legs with a daring thigh-high split.

The stunning number featured an asymmetric single sleeve design with voluminous ruffles across one shoulder.

Nipping in at her tiny waist, the dress then fanned to the floor with a small train following behind her.

Josephine boosted her height with a pair of delicate silver strappy heels and sported an array of coordinating jewellery.

She wore her brunette locks in a blunt bob that was slicked back from her face and she opted for a subtle yet radiant palette of makeup. 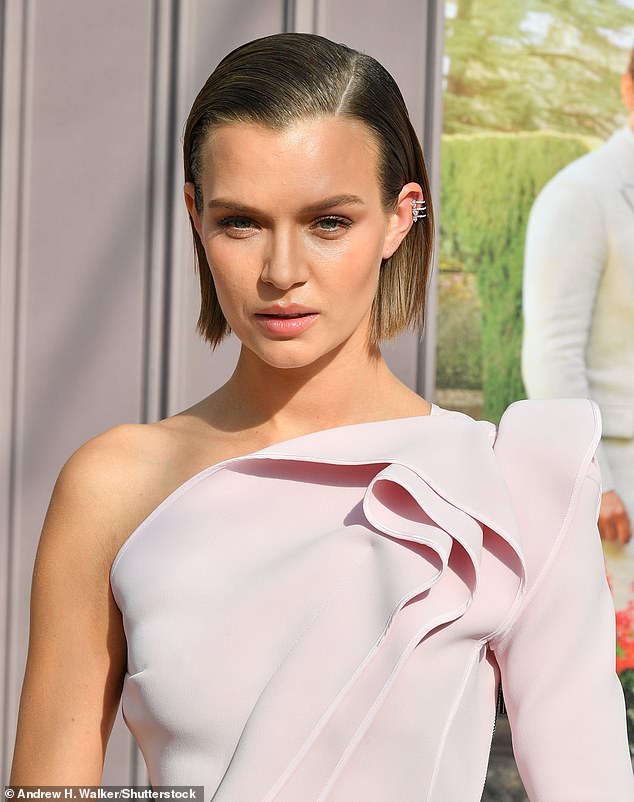 Glowing: She wore her brunette locks in a blunt bob that was slicked back from her face and she opted for a subtle yet radiant palette of makeup

Downton Abbey: A New Era, will see the Crawley family head to the South of France to uncover a mystery at a villa bestowed to Dowager Countess of Grantham, Violet Crawley, while an ambitious director plans to make a film at Downton.

In the trailer, it looks like there could be trouble in paradise for Lady Mary (Michelle) as she talks about the struggles of marriage in the trailer.

Lady Mary is seen talking to Hugh’s character, saying: ‘You don’t need me to tell you that marriage is a novel full of plot twists along the way.’ 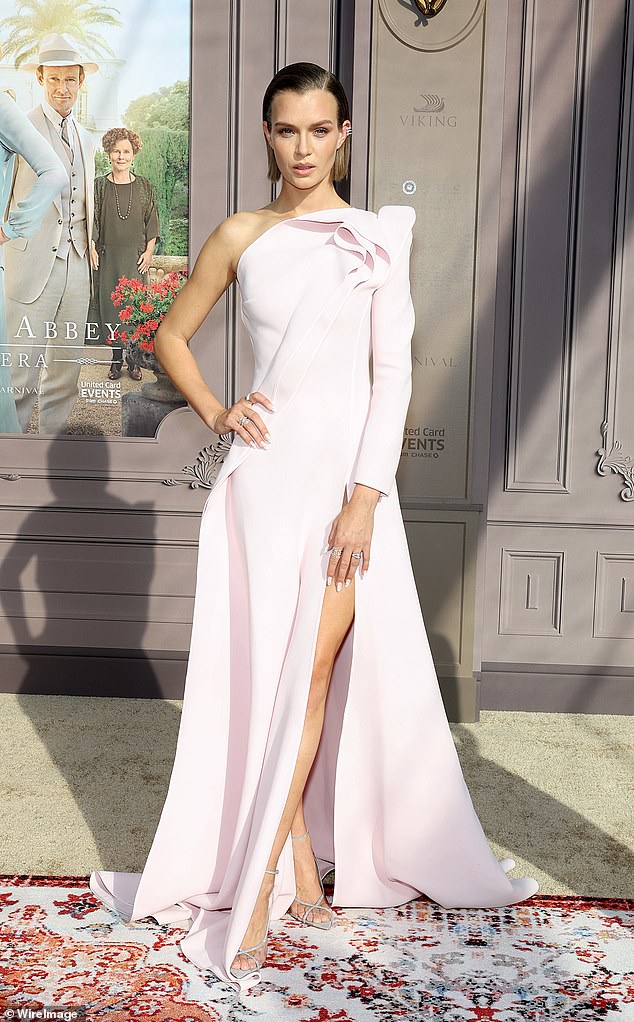 So chic: Josephine boosted her height with a pair of delicate silver strappy heels and sported an array of coordinating jewellery

Downton creator Julian Fellowes previously teased some details about the movie, which is based on the acclaimed TV series.

Speaking about the project, Julian shared: ‘It’s really a new era. The further the ’20s went along, the more the world was changing in so many ways. Everything from entertainment to transport was really different by the end of the ’20s. That’s what we’re referring to in that.’

Julian sees the Downton films as an extension of the hit TV series, which ran for six seasons between 2010 and 2015, and he explained that the new movie will pick up from where the 2019 film ended.

He said: ‘As we know from the last film, Mary may not be the titular head of the household, but she is effectively running the show. We take that further.

‘We’re trying to mark the change – the fact that Crawleys of Downton are nearly in the 1930s, which is merely the beginning of the modern world.’ 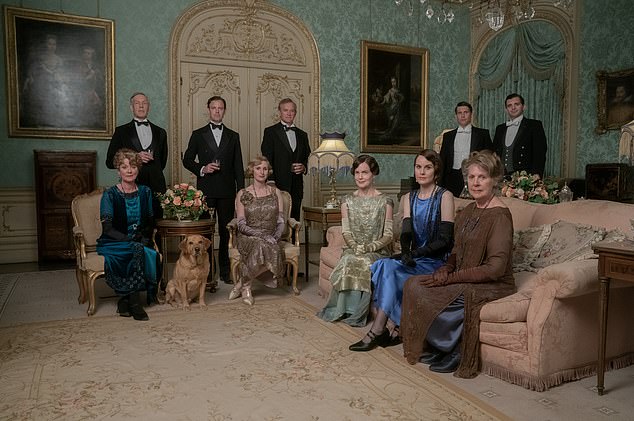