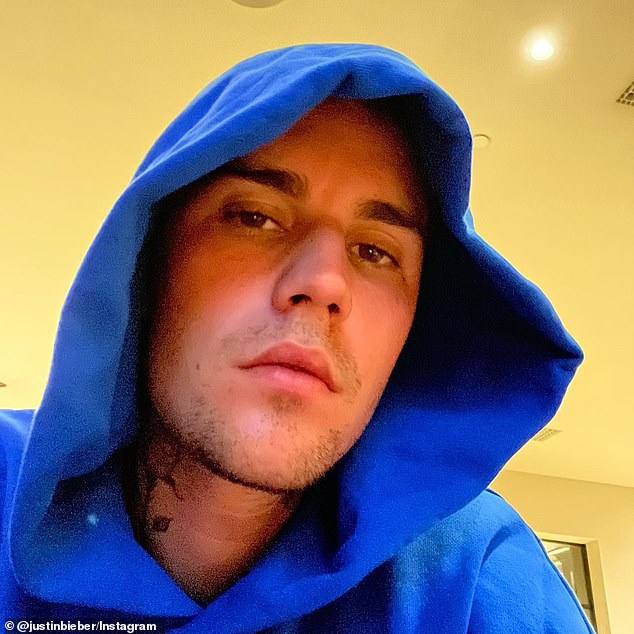 Justin Bieber appeared on Instagram with a message for his 235 million followers in the wake of Saturday’s Buffalo, New York shooting.

The 28-year-old pop star reposted a message from music producer Harv, who’s part of Bieber’s camp. He urged his fans to ‘PLEASE READ’ it.

The racially-motivated violence at the hands of an 18-year-old white male left ten Black people dead over the weekend.

Speaking up: Justin Bieber appeared on Instagram with a message for his 235 million followers in the wake of Saturday’s Buffalo, New York shooting

The original post from Harv – full name Bernard Harvey – was shared to his Instagram Story with white font against a black background.

It began, ‘My heart goes out to the families that lost their [loved] ones today in Buffalo.’

The music producer noted that he was nearby the incident as he continued, ‘I was 2 blocks away from the shooting when it [happened].

‘That could’ve been me because I’m a BLACK living in America. Why is there so much hate?? This is [an] evil cycle that is on a loop.’

He followed it with a broken heart emoji to add emphasis to his sentiments. 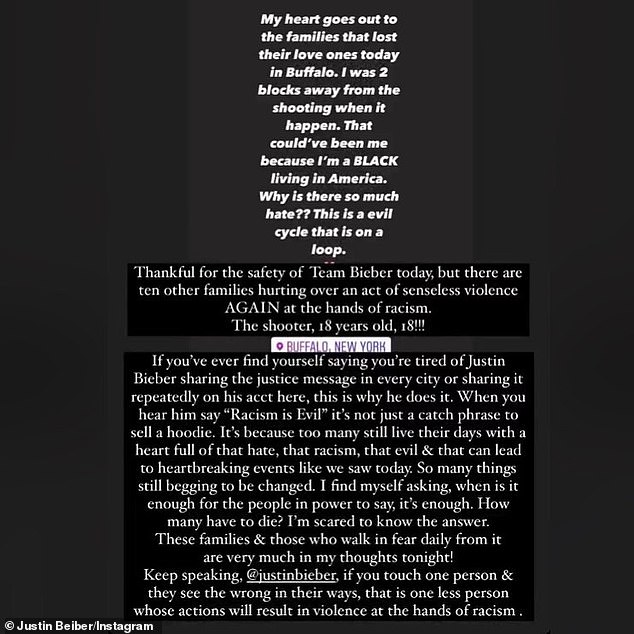 Repost: The 28-year-old pop star reposted a message from music producer Harv, who’s part of Bieber’s camp. He urged his fans to ‘PLEASE READ’ it

It’s unclear who, but someone else added more thoughts to the original message, and Bieber shared it to his Instagram profile.

The added note said, ‘Thankful for the safety of Team Bieber today, but there are ten other families hurting over an act of senseless violence AGAIN at the hands of racism.

‘The shooter, 18 years old, 18!!!!’ After a space it continued, ‘If you’ve ever [found] yourself saying you’re tired of Justin Bieber sharing the justice message in every city or sharing it repeatedly on his acct here, this is why he does it.’

The author of the message was referring to Bieber’s current Justice World Tour, where he’s been joined by Harvey.

The memo went on, ‘When you hear him say “Racism is Evil” it’s not just a catch phrase to sell a hoodie.

‘It’s because too many still live their days with a heart full of that hate, that racism, that evil & that can lead to heartbreaking events like we saw today.’

The heartfelt thoughts continued, ‘So many things still begging to be changed. I find myself asking, when is it enough for the people in power to say, it’s enough.

‘How many have to die? I’m scared to know the answer. These families and those who walk in fear daily from it are very much in my thoughts tonight!’

And finally, the person encouraged Justin to ‘keep speaking.’

‘If you touch one person and they see the wrong in their ways, that is one less person whose actions will result in violence at the hands of racism.’ 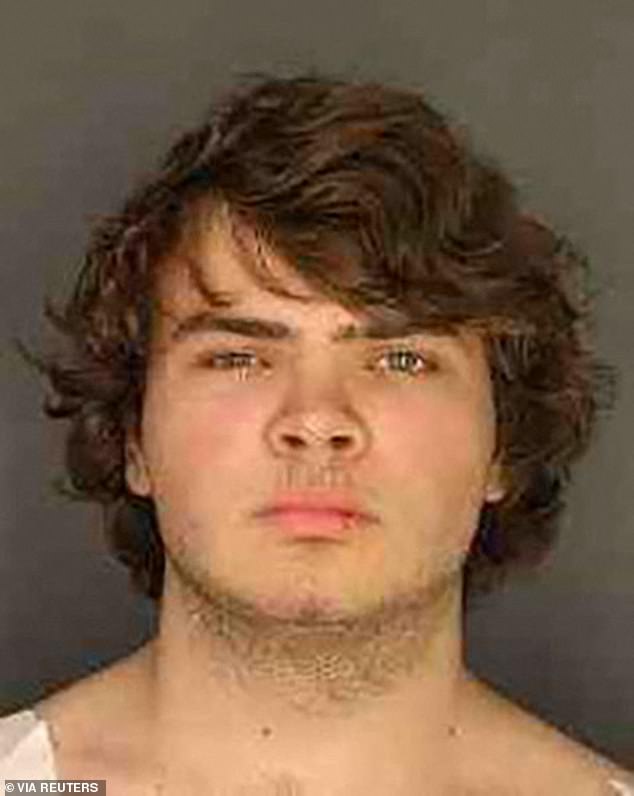 The suspect: Payton Gendron, 18, of Conklin, NY, pleaded not guilty to first-degree murder. He is being held without bail and faces life in prison. He is due back in court on Thursday

A teenaged gunman who allegedly murdered 10 people at a Buffalo supermarket planned the attack for months before he drove for three hours to carry out the vile ambush that was believed to be motivated by his hatred of Black people.

Federal agents interviewed the parents of Payton Gendron, the teenager accused of firing a barrage of 50 shots at the supermarket that killed 10 people, a law enforcement official said on Sunday.

Gendron, 18, of Conklin, NY, pleaded not guilty to first-degree murder following Saturday’s attack. He is being held without bail and faces life in prison.