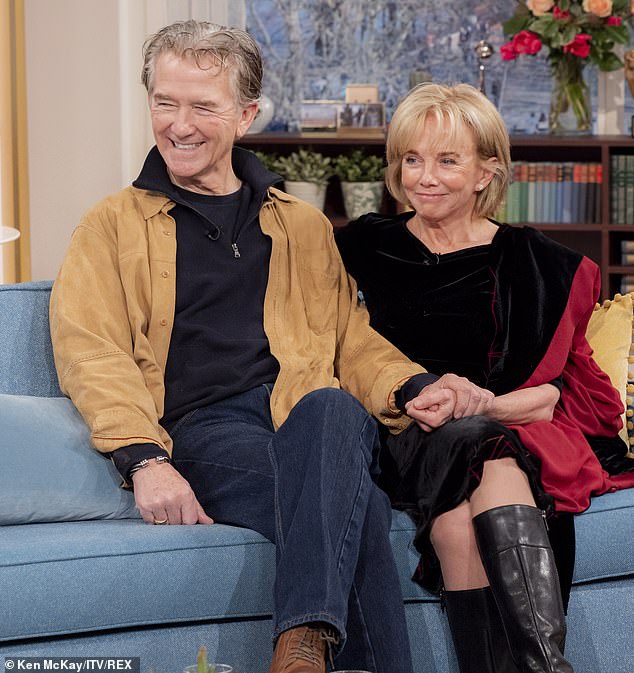 Dallas star Patrick Duffy and Happy Days’ Linda Purl sweet love story has captivated fans across the globe, after the TV icons revealed that they fell in love during the pandemic.

Speaking to DailyMail.com about whether their love story could inspire a film, the 73-year-old actor gushed: ‘Yes. It is that it feels that way to us, like a Hallmark movie. We are extremely grateful for this relationship.

‘And to have it found this at this point in our lives, and to be able to look at the rest of your life comforted by this reality is amazing.’

Purl, 67, added that the pair’s ability to find love later in life was proof that others should never give up hope.

‘Change is constant in life, we know that. Energies change, life changes so never give up on anything if that’s your heart’s desire,’ she explained. ‘I don’t even think it necessarily means that what you’re hoping for will materialize, but something will will, if you’re going in willing and do have the ambition.’

Duffy added: ‘It’s amazing how many signals you get from the universe, if you’re listening. If you’re paying attention, if you’re watching then it’s always out there. When people close off, it means they they stop listening, likely because they’ve lost hope.

‘But as long as you listen, it’s amazing the things that you pick up. The same can be said in a relationships too. Just keep your eyes and ears open.’

Duffy continued: ‘I think that’s another reason why people close off is that they can’t bear to look at the future and they just become insulated. It’s tragic, actually.’ 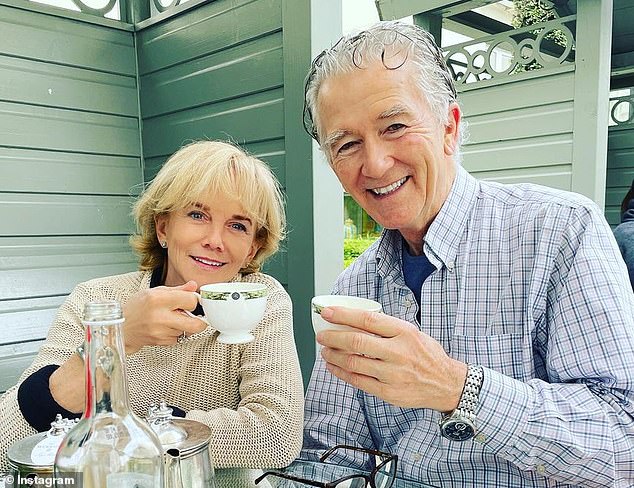 Special connection: Sparks began to fly between the pair during a group text chat in 2020 amid the pandemic- before graduating to ‘two to three hour’ Zoom calls every night 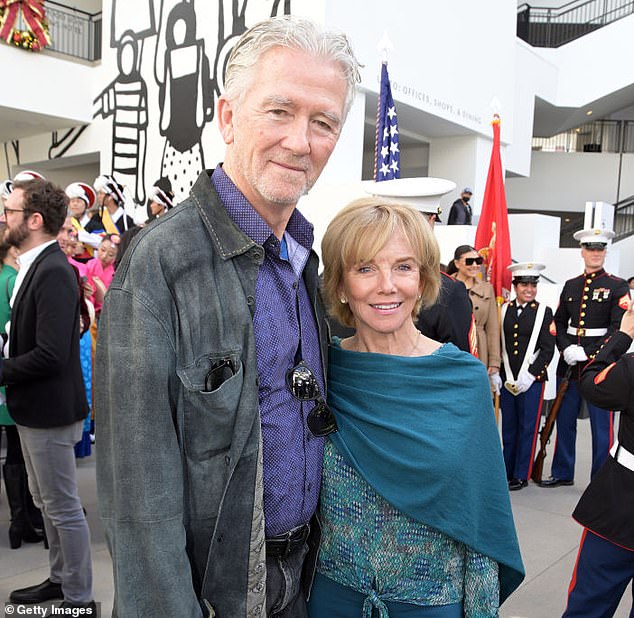 No brainer: The smitten couple joked that they would be willing to play themselves

It comes as the real-life couple will be seen playing on-screen lovers in new episodes of The Bold and the Beautiful on November 23 and November 28.

Duffy is making his grand return to the CBS soap after 11 years, and the star couldn’t resist bringing his girlfriend along for the special occasion.

Over the years, Duffy and B&B executive producer Bradley Bell had joked about Stephen’s return. When Bell suggested the idea again earlier this year, Duffy couldn’t resist asking if his partner could join the fun.

Reflecting on his return to the set, Duffy stated: ‘It was wonderful to be back, and be welcomed as if I’d never been away. But it was poignantly wonderful to come back arm and arm with a woman that in my private life I’m in love with and be able to walk through the door together.

‘It was almost like I was showing off. You know? See, look, somebody actually likes me. That was wonderful and and so it’s satisfying on so many levels.’ 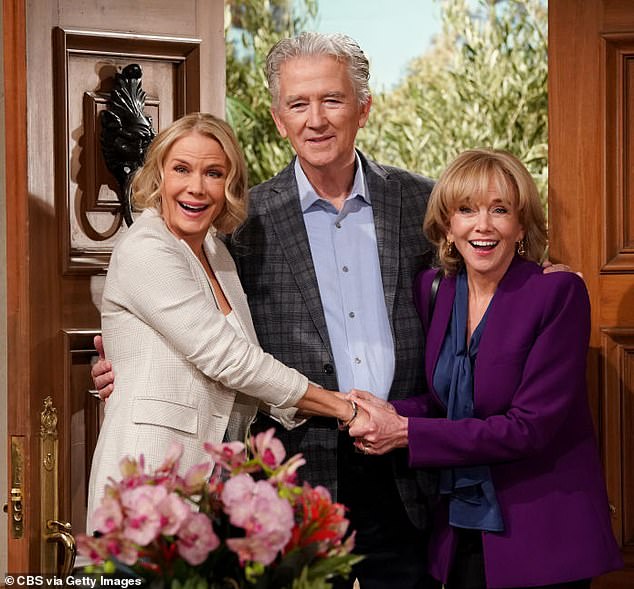 Daddy’s home: It comes as the real-life couple will be seen playing an on-screen lovers in new episodes of The Bold and the Beautiful on November 23 and November 28 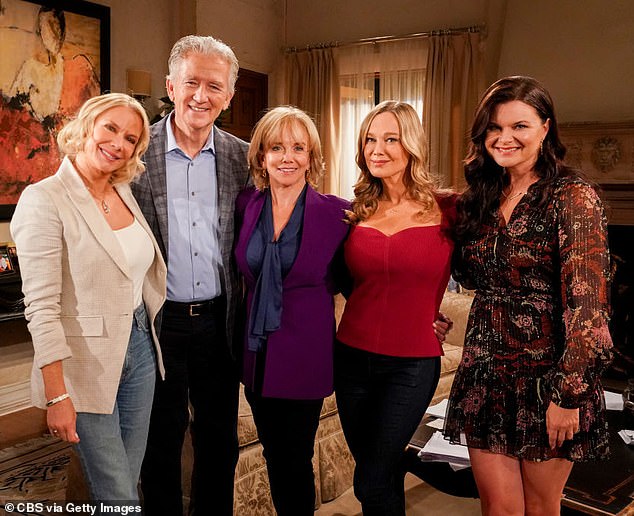 He continued: ‘We’re workaholics and just to be asked to come to work is a privilege in our industry. For us to be able to enjoy it together is just icing on the cake.’

In the episodes, the Logan sisters finally get to meet Lucy — while Stephen is surprised to learn about the drama surrounding his children’s love lives and offers solace.

When asked if this could be the start of more regular appearances on the daytime program, Duffy teased: ‘We’re hoping so, our fingers are crossed.

‘The Bold and the Beautiful graciously asked if we would you represent them in the Christmas parade. So we’re being identified with B&B, and we hope that it continues. Absolutely.’ 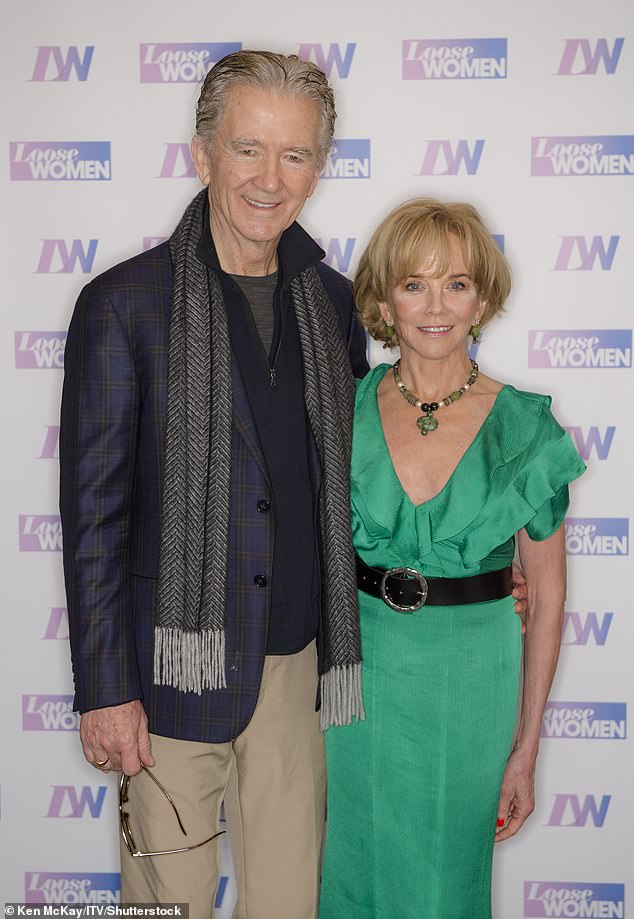 Sweet story: The couple said that their ability to find love later in life was proof that others should never give up hope

More recently, he reprised his character in a continuation of Dallas focusing on a younger generation, which ran from 2012–2014.

Purl’s best known role was as Ashley Pfister in season 10 of Happy Days in the early 1980s.

She also portrayed the daughter of Andy Griffith’s title character in the first season of Matlock, and occasionally featured as Pam Beesley’s mother on The Office.

Purl has been married four times, first to Desi Arnaz Jr. from 1980–1981. She married the screenwriter William Broyles Jr. in 1988, but their divorce was finalized in 1992. 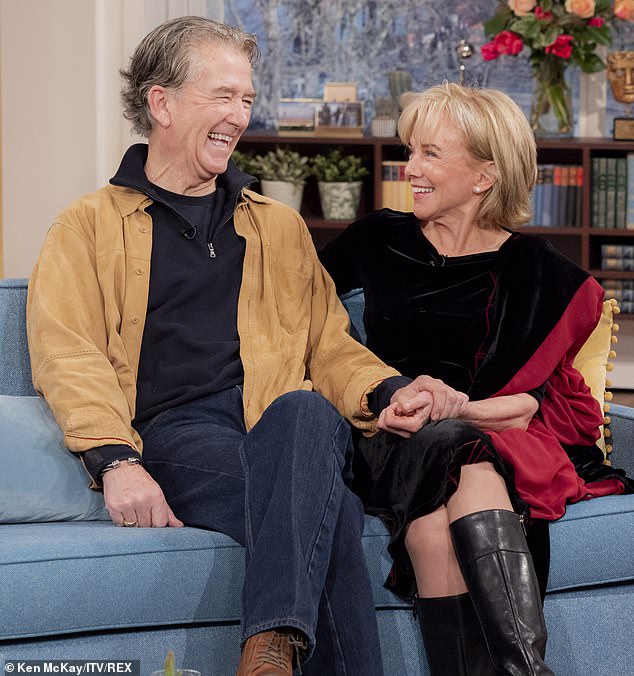 Purl was married to another screenwriter, Alexander Cary, from 1993 to 1999, and her most recent marriage was to James Vinson Adams from 2006 to 2011.

Duffy previously admitted that his romance with Linda came as a complete surprise.

The actor explained that after his late wife Carlyn Rosser’s death from a heart attack in 2017, he never imagined he’d fall in love again.