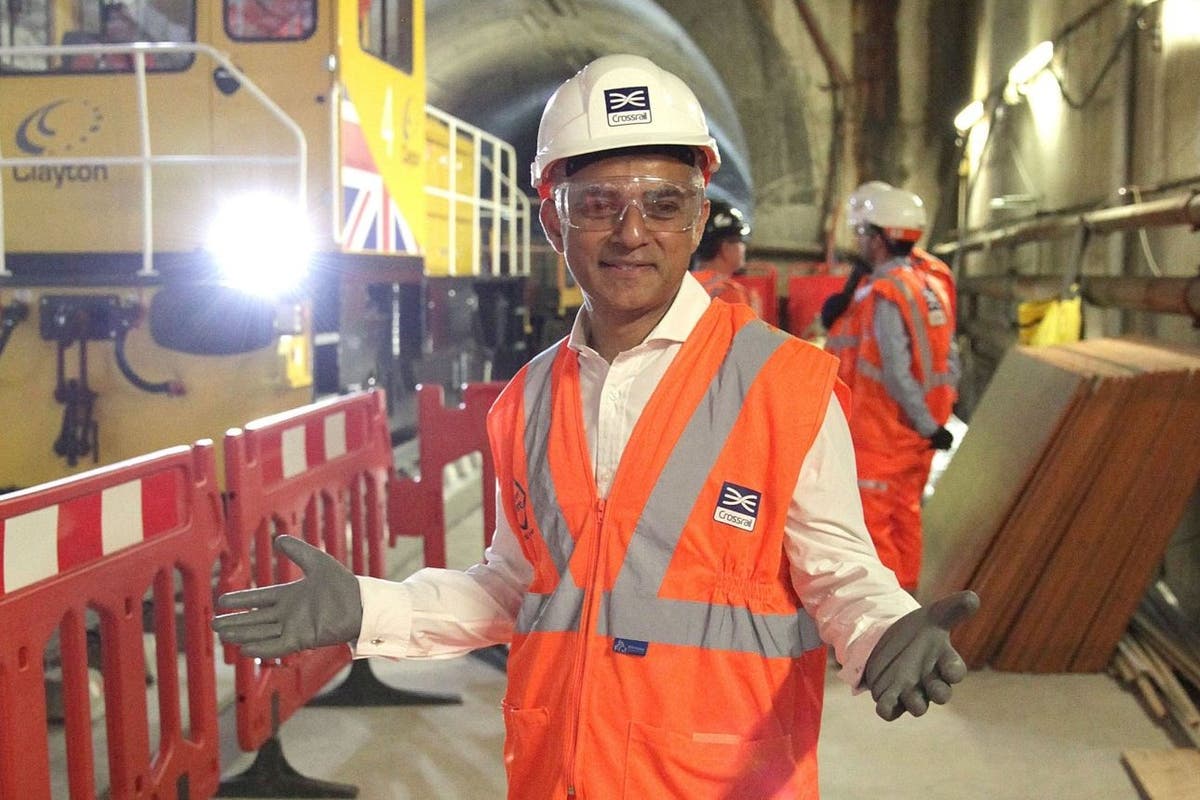 He said it was his “strong belief” that the announcement the Elizabeth line was to open on May 24 was “in breach of the rules governing the pre-election period (purdah)”.

The announcement was made by Transport for London on the morning of May 4 – a day before the polls opened. Elections were being held in all of the 32 London boroughs and elsewhere across the country on May 5.

Mr Khan was not quoted in the TfL press release. But moments later his press office issued a statement on his behalf expressing his delight “that our world-class new Elizabeth line will be opening to passengers later this month”.

The mayor’s statement added: “The opening of the Elizabeth line is a landmark moment for our capital and our whole country, particularly in this special Platinum Jubilee year. I’m so proud of this new line and can’t wait for millions of passengers to start riding on the Elizabeth Line from 24 May.”

In a letter to the Greater London Authority’s monitoring officer Emma Strain on May 4, Mr Shapps said the announcement broke the pre-election rules, which state: “In general, local authorities should not issue any publicity which seeks to influence voters.”

Mr Shapps wrote: “The opening of a £19bn project quite clearly falls foul of that definition, and it was, I believe, wholly unacceptable for the Mayor of London, in an official capacity, to disregard the requirement for heightened sensitivity the day before polling day.

“Such an announcement less than 24 hours before polls opened would clearly have had an impact on the election, and it is my firm belief that the announcement should not have been made, nor should official mayoral resources have been used.”

Mr Shapps said the Department for Transport was “formally notified” on the morning of the announcement, when TfL commissioner Andy Byford called the DfT’s permanent secretary, Bernadette Kelly. He said Ms Kelly “questioned why the announcement needed to be made in the pre-election period”.

Ms Strain wrote back to Mr Shapps on May 12 to tell him that she would carry out an “initial assessment” of the complaint, the Standard has learned.

She will also invite Mr Khan to make representations, she told Mr Shapps.

At the time, TfL told the Standard that the announcement had to be made on May 4 for operational reasons to set in train various measures needed to enable Crossrail to open on May 24, and ahead of the Queen’s platinum jubilee weekend celebrations.

City Hall said the DfT had been informed in advance of the opening date announcement and raised no complaint. Delaying the announcement until polling day or the following day, when results were being declared, were ruled out.

TfL chiefs had finally settled on the opening date at a meeting on the afternoon of May 3 without the mayor present, the Standard understands.

He tweeted: “Thanks to £9bn of Government support, it will transform the lives of Londoners for generations to come and deliver a £42 billion boost to the whole UK economy.”