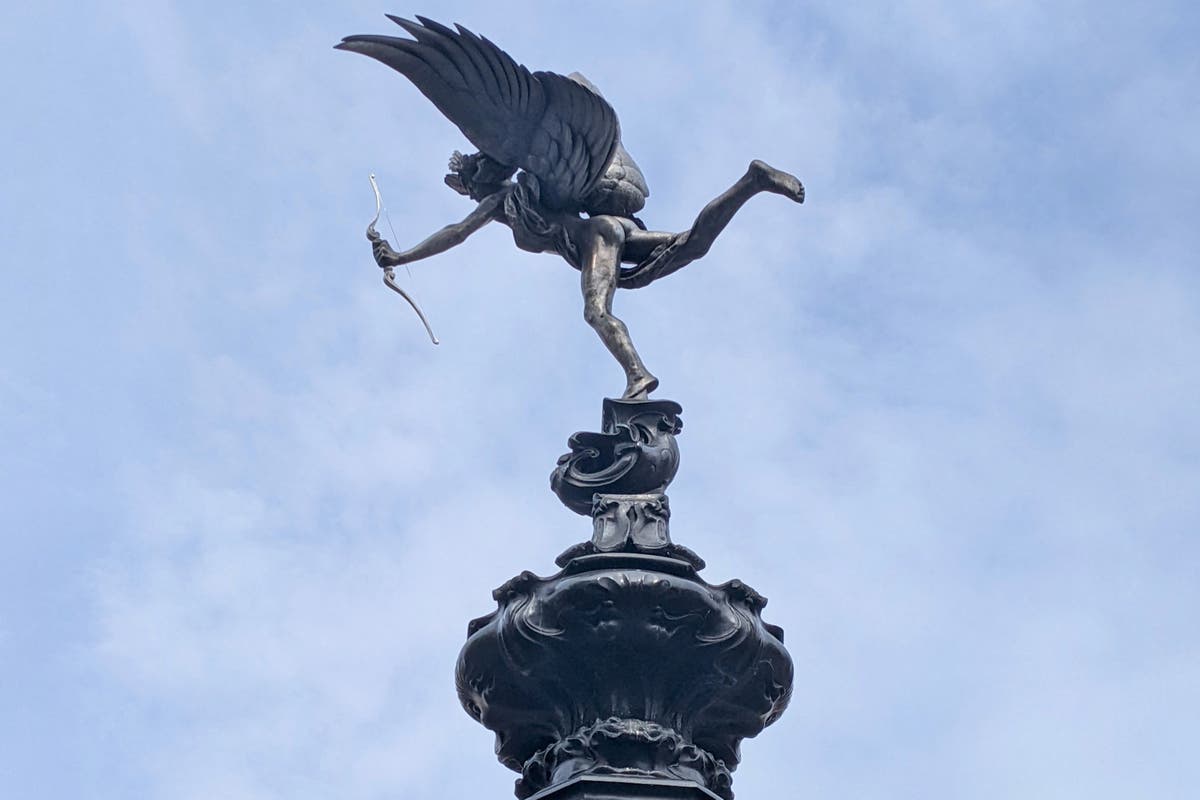 he statue of Eros at the heart of Piccadilly Circus has been fitted with a new bow after its previous one was damaged.

Visitors to the monument in central London spotted it was missing earlier this year, causing many to believe the bow had been stolen.

Westminster City Council assured the public that it had been taken down for repair.

The council announced on Monday that it has installed a new aluminium bow, restoring one of the capital’s most popular landmarks to its former glory.

Councillor Paul Dimoldenberg, cabinet member for City Management and Air Quality, said: “Westminster is home to many of the UK’s most famous and popular landmarks, and the council works hard to keep our statues, monuments and public spaces looking their best at all times.

“I’m pleased that Eros has finally been reunited with his bow and that residents and visitors can once again enjoy the iconic centrepiece of Piccadilly Circus.”

The Shaftsbury Memorial Fountain, popularly known as ‘Eros’, was erected Piccadilly Circus in 1893 to commemorate the philanthropic work of Anthony Ashley Cooper, 7th Earl of Shaftsbury.

The memorial has been repaired and restored numerous times during its life and has even been removed entirely from Piccadilly Circus several times for protection.

This is the second time in recent history that Eros’s bow has been replaced.

A new bow was fitted in 2012 after it was damaged by a tourist.

The monument is widely known as ‘Eros’ the Greek god of love, however the statue atop the monument was originally designed by English sculptor Sir Alfred Gilbert to represent Eros’s brother Anteros.

Eros features on the masthead for the Evening Standard in print and online.