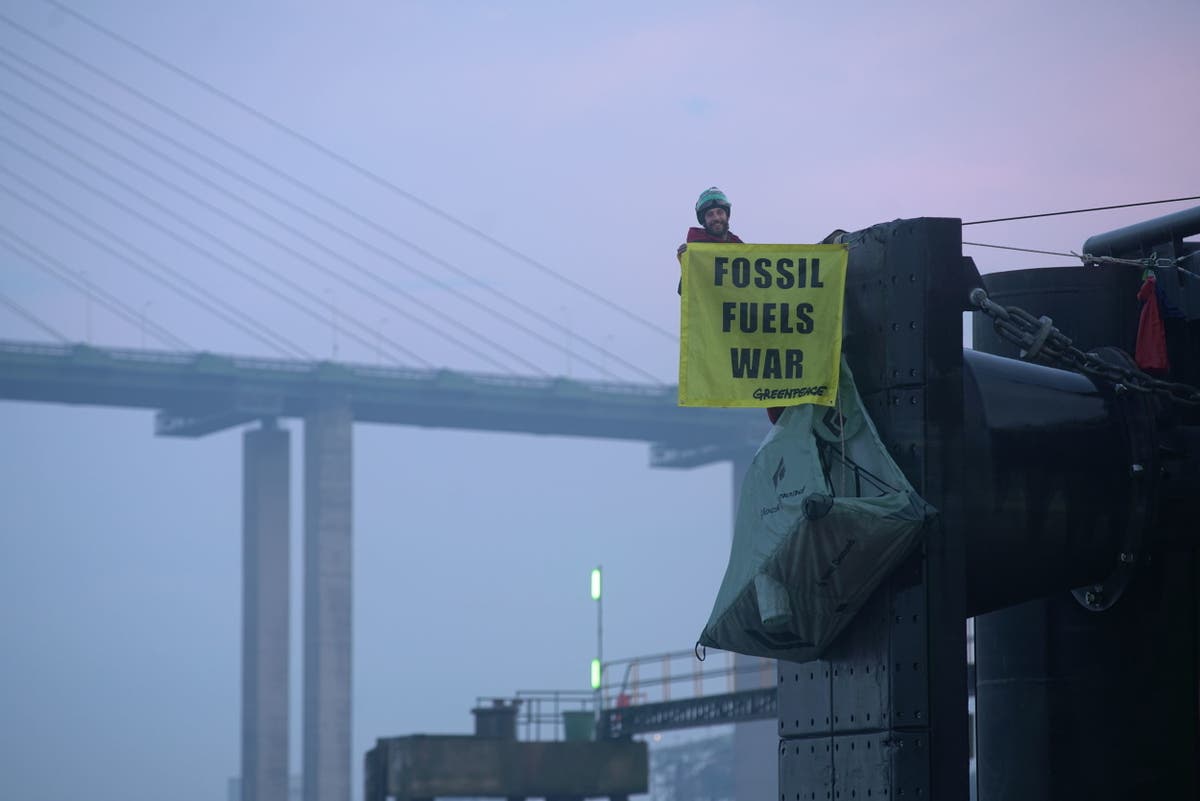 Greenpeace said the load is worth an estimated £30 million “which would go straight back to Putin to fund his invasion of Ukraine”.

Essex Police said they were called to the site in Oliver Road shortly after 11.05pm on Sunday, May 15.

Eight people have been arrested on suspicion of aggravated trespass.

“Our officers are currently working to resolve the situation quickly and safely”, police said.

“We are hoping this will be resolved safely and swiftly so that our officers can get back to protecting and serving the people of Essex.”

Activists managed to dodge security and enter the Navigator Terminals jetty on the River Thames on Sunday evening.

They set themselves up to prevent the Andromeda tanker from docking and unloading its cargo.

Greenpeace said several protesters remain in place, with one activist on the offloading pipes, another hanging off the jetty and others occupying the jetty preventing the tanker from docking.

They have unfurled a banner reading: “Oil fuels war”.

Georgia Whitaker, oil and gas campaigner at Greenpeace UK, said: “The UK’s attachment to fossil fuels has backfired in the worst way possible – we’re funding a war, our energy bills and fuel costs are sky-high, and we’re driving the climate crisis.

“Putin invaded Ukraine nearly three months ago, and yet fossil fuel money from the UK is still funding his war chest.

“Ministers have kicked a ban on Russian oil imports to the end of the year despite strong public support for it.

“To stand up to Putin, bring bills down and tackle climate change, the Prime Minister must get us off fossil fuels as fast as possible, stop ludicrous energy waste from our substandard draughty homes, and prioritise cheap, clean, homegrown renewable power.”

Greenpeace has tracked shipments of fossil fuels from Russia.

The Government has already banned Russian-owned, operated or flagged ships from entering the UK, but there is nothing stopping a vessel owned from elsewhere, from coming to the UK with Russian oil.

The tanker heading to the Essex terminal travels under a Greek flag, but is carrying fuels from the Russian port of Primorsk, Greenpeace said.