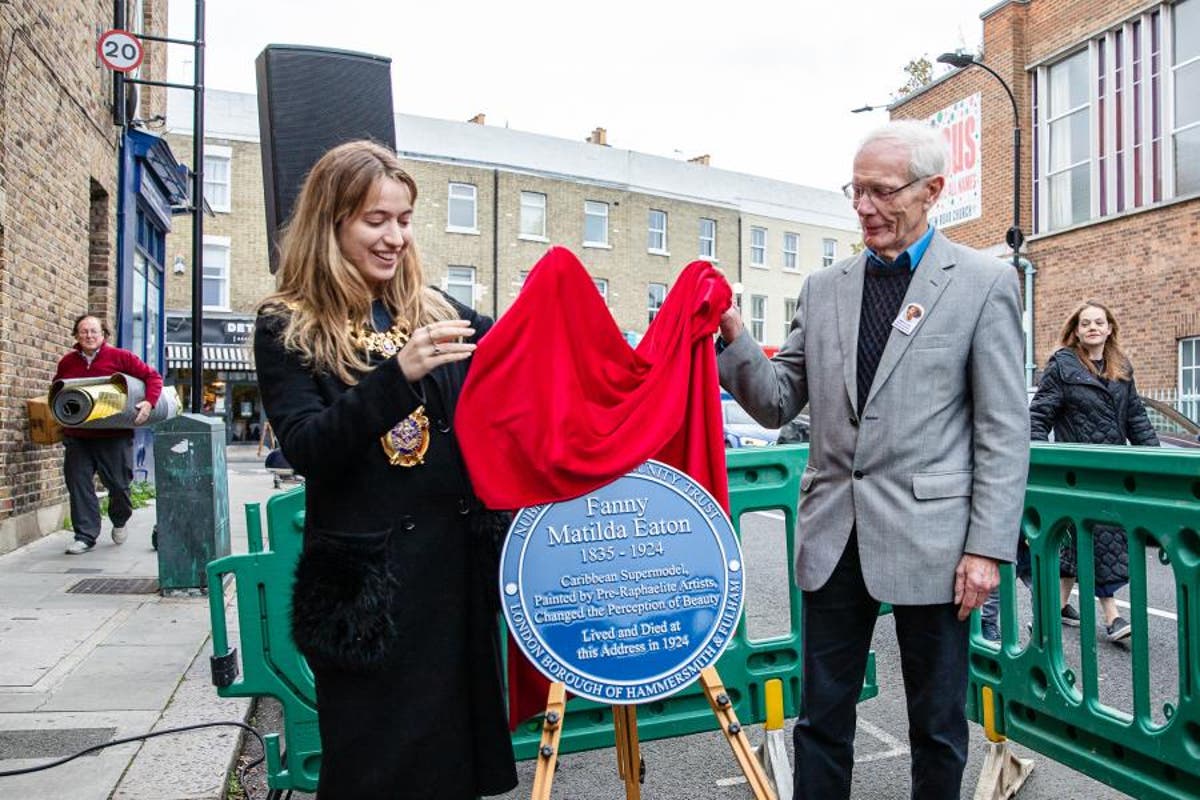 n influential Black model that challenged stereotypes around beauty in Victoria Britain is being celebrated with a blue plaque in west London.

The Shepherds Bush resident was painted more times than Mona Lisa during a time where Black people were not considered beautiful and did not often feature in Western art.

A heritage plaque commemorating her life and achievements has been placed on the building in Bassein Park Road where she died in 1924.

Hammersmith and Fulham Council said it was part of its wider programme to visibly celebrate the borough’s Black heritage and history.

One of her descendants, great grandson Brian Eaton, said: “I’m so pleased and proud that at long last my great grandmother has been recognised with a blue plaque.”

The Nubian Jak Community Trust, which campaigns for moe recognition of notable Black figures, said: “When paint brushes were the original photographic lenses, Fanny Eaton did more than anyone to re-evaluate the notion of what it was to be beautiful.”

The plaque was unveiled at a ceremony on November 26 with Hammersmith and Fulham Mayor, Councillor Emma Apthorp.

Fanny Eaton was born in Jamaica in 1835 a year after the slave trade was abolished.

She married a cab driver and settled in London, supplementing the family’s income by modelling at the Royal Academy. She also worked as a cleaner and seamstress.

She was paid five shillings, or 25p, a session for modelling – the equivalent of £150 today.

Fanny and James had 10 children.

The Eaton family lived at 36 Woodstock Grove, Shepherd’s Bush – a five-minute walk from the Green. But Fanny later lived at 2a Bassein Park Road, where the plaque is now displayed.

She died in March 1924, just after her 89th birthday, and was buried in Margravine Cemetery in Hammersmith. Two months ago, a headstone was placed on her grave.

Her life has been celebrated in a play, Out of the Picture, telling the story of the artists’ model with the help of some of the masterpieces which feature her.

And last year, the eye-catching Black model even featured on a Google Doodle.