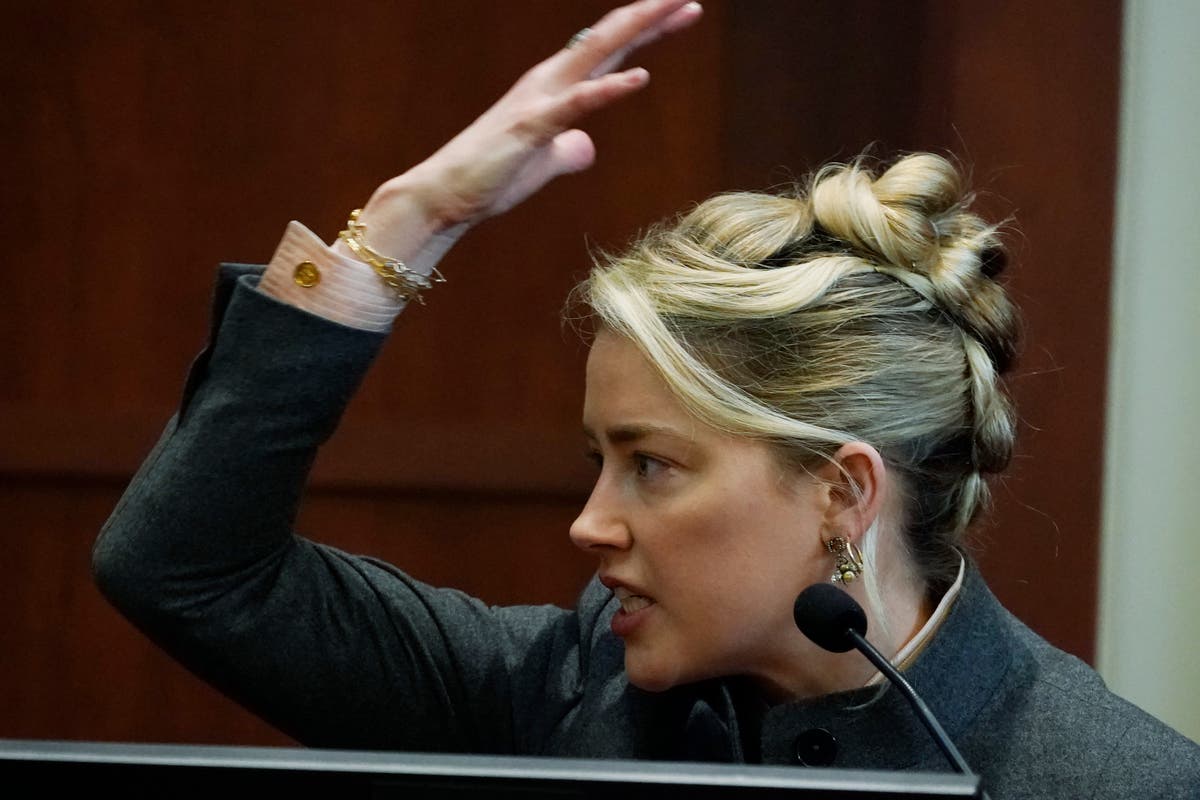 mber Heard has admitted she has not yet donated her $7 million divorce settlement to charity but insists her libel battle with ex-husband Johnny Depp is to blame.

The Aquaman star, 36, went on Dutch TV in October 2018 to say the money “was donated” to civil rights group the American Civil Liberties Union (ACLU) and a children’s hospital in Los Angeles.

During her court battle with Depp, 58, in London in 2020, Heard repeated the claim, saying under oath: “The entire amount of my divorce settlement was donated to charity.”

But giving evidence to her libel trial with Depp in Fairfax County, Virginia, Heard said she intends to honour the pledge but not been able to pay the money.

“I pledged the entirety of the $7 million to charity and I intend to fulfil those obligations,” she said.

Challenged on the difference between pledging money and actually donating, Heard replied: “I use pledge and donation synonymously with each other.”

The actress was asked directly if she has paid $3.5 million to both charities, Heard replied: “I have not yet. Johnny sued me.”

Heard has been accused of trying to portray herself as “altruistic” in TV interviews and press statements, and seeking praise for donating the divorce settlement to charity.

“It wasn’t my interest”, she replied.

“At the time I was being called a liar and my motives were being questioned.

“I did see it as important to clear that up, I wanted to make a statement to make sure there was not any doubt, that I couldn’t be labelled these things just because Johnny was a bigger star and had more publicity reach.”

Depp is suing his ex-wife for $50 million over her 2018 op-ed piece in the Washington Post in which she described domestic and sexual abuse.

He says his reputation was maligned by the article, while Heard is countersuing for $100 million after Depp insisted her allegations were false and part of a “hoax”.

The fate of the $7 million divorce payout – agreed after their 2016 split and settled by 2018 – has been raised in both the UK and US legal battles between the former couple.

The court has heard how billionaire Elon Musk, when dating Heard, donated $500,000 to ACLU and the children’s hospital. But the actress insisted that while the donations were “in her honour”, they did not count towards her pledge to donate the full divorce settlement.

Asked why she had accepted the divorce payout, Heard told the court: “I didn’t care about the money.

“I was told if I didn’t agree to a number that it could be overturned, that this would never actually settle, it would never get completed, we would never settle.

“I took far less than what they were offering and what I was entitled to.

“I promised the entirety of it to charity because I was never interested in Johnny’s money. In the divorce, I wanted my safety. I want to move on with my life, I wanted my future.

“And then he started compromising that, calling me a liar, making it impossible for me to move on.

When her own lawyer, Elaine Bredehoft, asked why the money had not yet been donated, Heard replied: “Because Johnny sued me for $50 million in March 2019 and I’ve spent over $6million…”

However her answer was cut off by an objection from Depp’s legal team.

Heard is due to continue to face questions on Tuesday. The trial continues.

Wordle today: What is the answer for May 17th and what is the meaning?
Food prices could soar by 10% this year, warns M&S boss
Advertisement