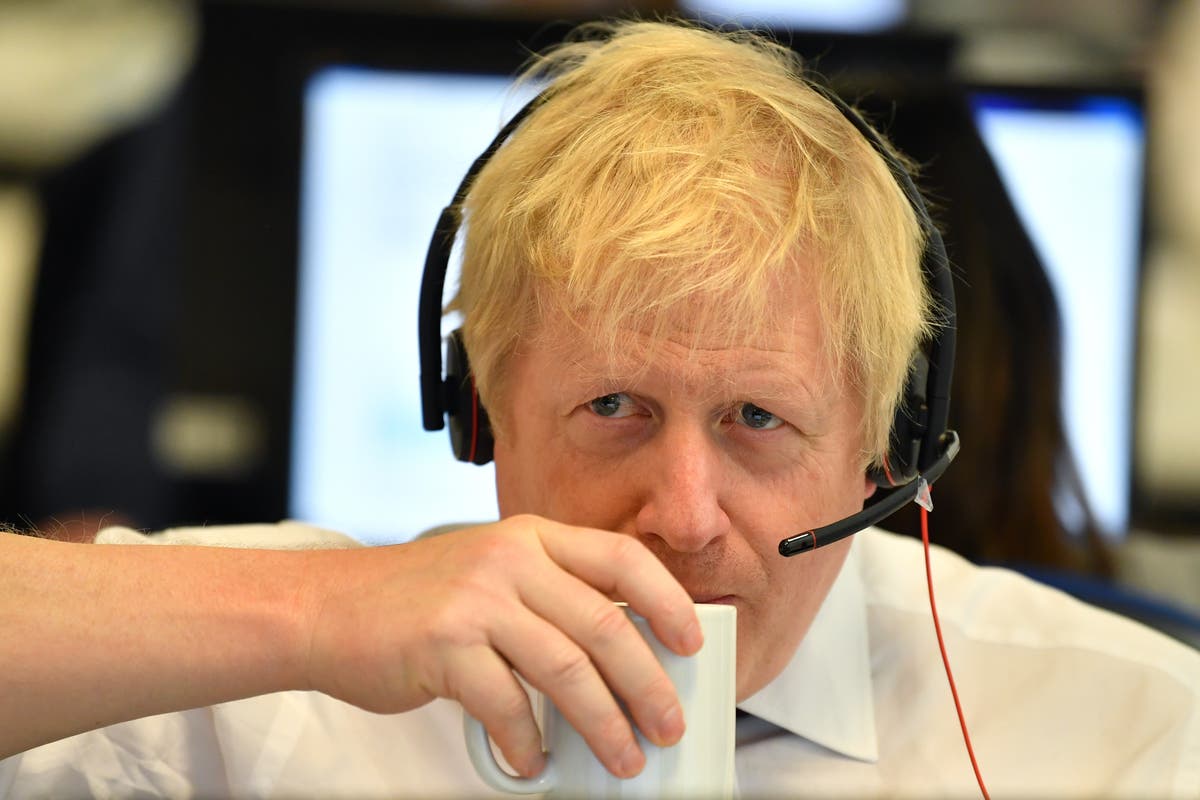 The Prime Minister said working from home doesn’t work because people forget what they are doing after nibbling on cheese and drinking coffee.

It comes amid a battle the Government is waging to ensure civil servants to return to Whitehall, with ministers tasked with the job of getting workers back to their desks.

And in another blow for home workers, plans to give everyone the right to ask bosses for flexible working were missing from the Queen’s speech earlier in the week.

In a fresh push to get people back to the office, the prime minister told Mail+ cutting down on remote working would boost productivity and revive the UK’s town and city centres.

He even admitted to his own working from home struggles as he said it was normal for home workers to forget what they are doing and struggle with Zoom calls.

The PM declared people are “more productive” in office environments.

Mr Johnson told the publication: “We need to get back into the habit of getting into the office. I believe people are more productive, more energetic, more full of ideas, when they are surrounded by other people.

“My experience of working from home is you spend an awful lot of time making another cup of coffee, and then you know, getting up, walking very slowly to the fridge, hacking off a small piece of cheese, then walking very slowly back to your laptop and then forgetting what it was you’re doing”.

His comments come as it emerged 91,000 jobs are to be axed from the Civil Service to free up cash for measurs to ease the cost-of-living crisis with possible tax cuts.

Mr Johnson is understood to have told ministers that the service should be cut by a fifth.

Mr Rees-Mogg, minister for Brexit Opportunities and Government Efficiency, has defended the plans by saying extra staff were brought in to help deal with the pandemic and the “aftermath of Brexit”.

“I know it sounds eye-catching but it’s just getting back to the civil service we had in 2016… since then we’ve had to take on people for specific tasks. So dealing with the aftermath of Brexit and dealing with Covid, so there’s been a reason for that increase, but we’re now trying to get back to normal,” he said.

Mr Johnson said the Civil Service became “swollen” during the pandemic and more than 90,000 jobs had to go

Speaking during a tour of Churchill China Factory in Stoke-on-Trent on Thursday, he said: “It will help save a substantial amount of money, freeing up resources that could be used to help people with the cost of living.”

The current Civil Service headcount stands at just more than 475,000, the highest level since 2010.

Ministers have been given two years to reduce that total by 91,000.