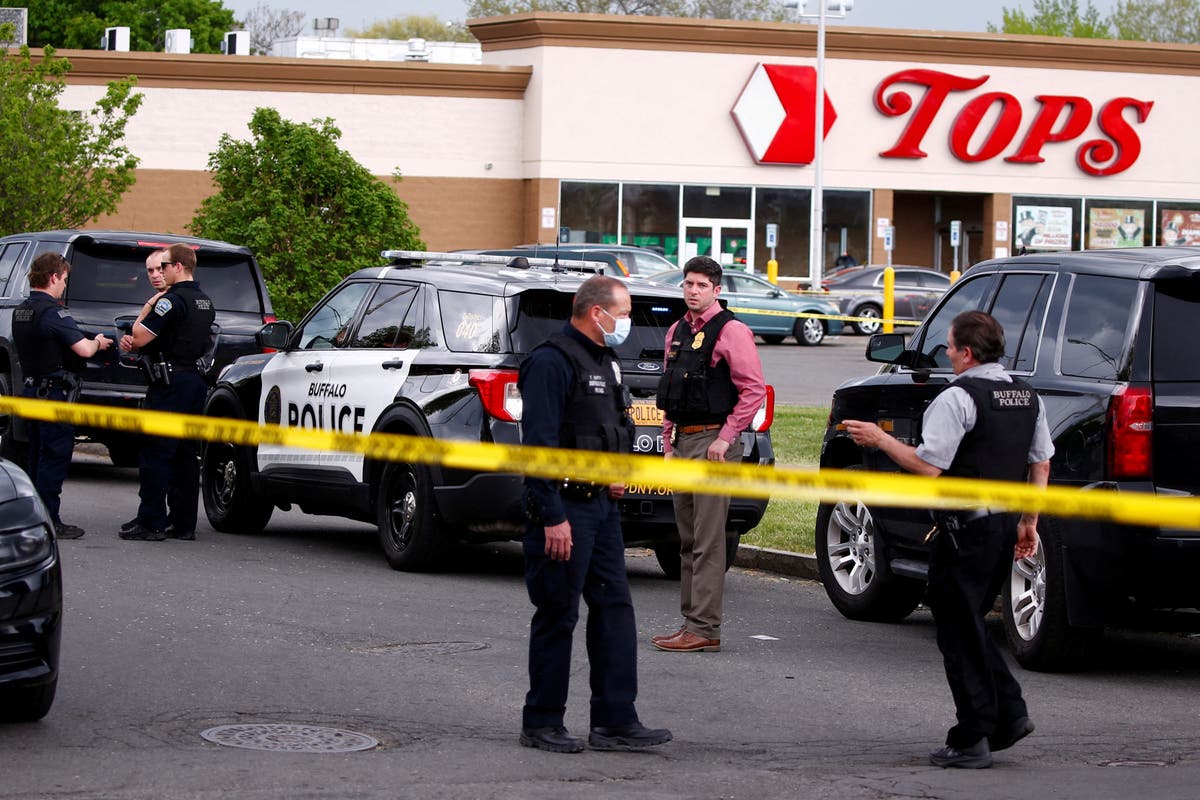 en people have died in what police have claimed was a “racailly motivated attack”.

He then proceeded to shoot 13 people – 11 of which were black.

The man broadcast the shooting live on the streaming platform, Twitch, for up two minutes before the transmission was cut.

“He exited his vehicle. He was very heavily armed. He had tactical gear. He had a tactical helmet on. He had a camera that he was livestreaming what he was doing,” city police commissioner Joseph Gramaglia said at a news conference afterward.

The shooter was later named as Payton Gendron of Conklin, a community about 200 miles (320km) south-east of Buffalo in New York state.

Police said Gendron initially shot four people outside the market before entering the shop where a security guard opened fire.

The bullets struck Gendron’s body armour and he then proceeded to shoot and kill the security guard.

He then walked through the supermarket where he shot at other victims.

After police confronted the gunman, he surrendered.

“At that point the suspect put the gun to his own neck. Buffalo police personnel – two patrol officers – talked the suspect into dropping the gun. He dropped the gun, took off some of his tactical gear, surrendered at that point. And he was led outside, put in a police car,” he said.

Buffalo’s mayor, Byron Brown, said: “This is the worst nightmare that any community can face, and we are hurting and we are seething right now. The depth of pain that families are feeling and that all of us are feeling right now cannot even be explained.”