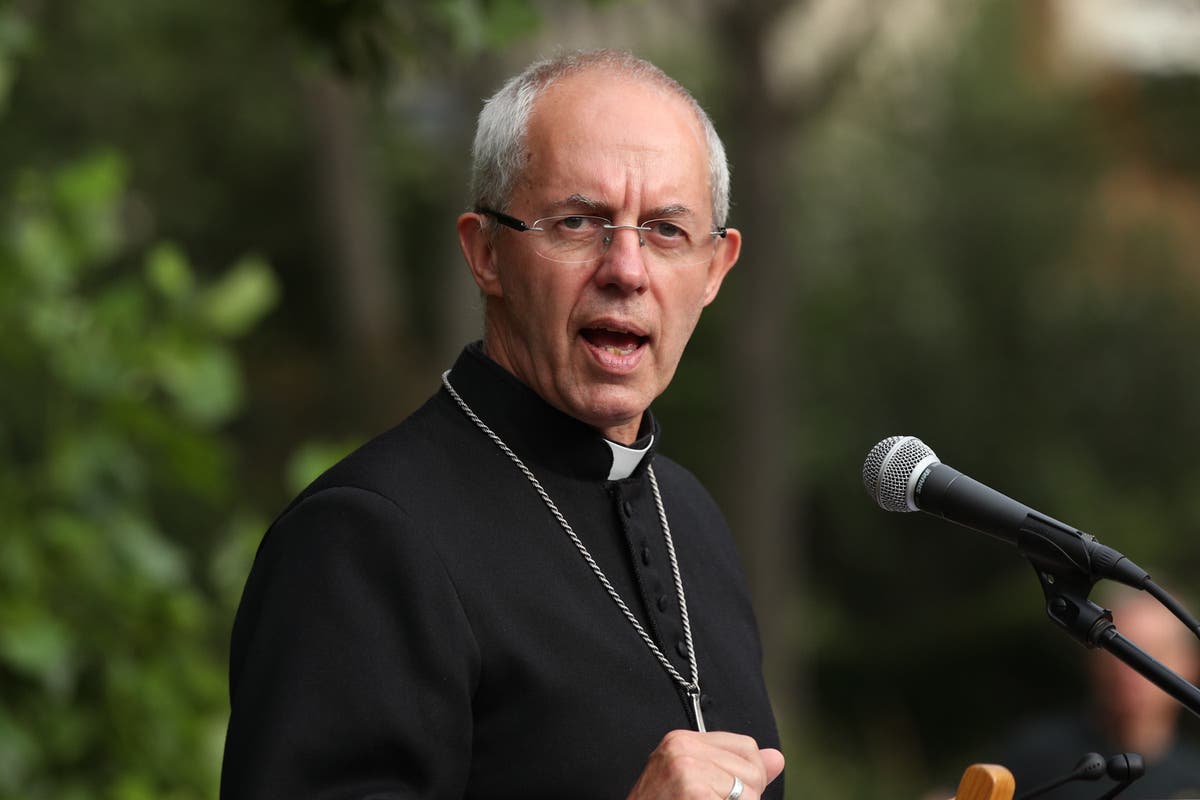 he Archbishop of Canterbury has warned that “control has become cruelty” in a rebuke of the Government’s treatment of migrants and asylum seekers.

Justin Welby, in a speech to the House of Lords on Friday, offered stinging criticism of Rishi Sunak and Home Secretary Suella Braverman as he warned against “harmful rhetoric” that treats those arriving in the UK as “invaders”.

The Archbishop also hit out at the Government’s controversial plan to deport migrants to Rwanda for processing, arguing the stalled scheme is destined to be a “failure”.

Since taking office, Mr Sunak has pledged tough action to tackle cross-Channel migration while Ms Braverman has faced repeated criticism for her language to describe migrants.

Last month, the Home Secretary prompted outcry after she told MPs that the south coast was facing an “invasion” of illegal migrants while she has also frequently singled out Albanians after their numbers crossing the Channel in small boats spiralled.

The right to seek asylum, and the duty of the global community to protect refugees, has been politically degraded in this country when it should be a positive and a source of pride

The Archbishop, who hosts a Lords debate every December, told peers that while the UK “cannot take everyone”, the country needs a system “which balances effective, accurate and clear control with compassion and dignity, a system which is based in our history and proper moral responsibilities”.

He said: “When migrants arrive here, our system is grossly wasteful – in both human and financial terms. Control has become cruelty. Staggering inefficiencies by successive governments trap people in limbo – at incredible expense – in the system for years, unable to build a life or to contribute to society.

“The book of Genesis tells us ‘God created mankind in his own image’. In Matthew 25 in the parable of the sheep and the goats, Jesus tells his followers, ‘whatever you did for one of the least of these brothers and sisters of mine, you did for me’.”

Mr Welby, who heads the Church of England, told peers that he is not only addressing the current Government but a “decades-long downward slide” by successive administrations.

He said: “When we fail to challenge the harmful rhetoric that refugees are the cause of this country’s ills, that they should be treated as problems not people, invaders to be tackled and deterred, we deny the essential value and dignity of our fellow human beings.

“The right to seek asylum, and the duty of the global community to protect refugees, has been politically degraded in this country when it should be a positive and a source of pride. I am not only addressing the Government front bench here. This has been a decades-long downward slide over successive Labour, Conservative and coalition governments.

“We are clear that the UK cannot take everyone. But it can make its decisions through a system which balances effective, accurate and clear control with compassion and dignity, a system which is based in our history and proper moral responsibilities.”

His speech also condemned the Rwanda plan, first announced by former home secretary Priti Patel but which has been hampered by legal challenges.

He told the Lords that it is impossible to separate the policy from “moral arguments”.

“In my sermon on Easter Sunday, I gave my view on this, and shortly after, every one of my colleagues on these benches issued a statement concluding that this was ‘an immoral policy that shames Britain’. I stand by those views.

“The Government has said the Rwanda policy aims to deter people arriving in the UK through ‘illegal, dangerous or unnecessary methods’.

“There is little or no evidence that this deterrence or the hostile environment really works. The Government’s own impact assessments say so … Outsourcing our share creates more opportunities for people smugglers to operate in and around Rwanda. It is not a solution – it is a mistake. It will be a failure.”

The motion the Archbishop moved in the Lords reads: “This House takes note of the principles behind contemporary UK asylum and refugee policy, and of the response to the challenges of forced migration.”

It comes as the Government is reportedly reviewing plans to fast-track the removal of asylum seekers from designated “safe” countries, a list that would include Albania.

On Thursday, Ms Braverman joined interior ministers from France, Belgium, Germany and the Netherlands at a meeting of the so-called “Calais group” of neighbouring countries to discuss efforts to crack down on Channel crossings and bring people smugglers to justice.

The Archbishop argued that it is “absurd” to expect orderly migration and prevent queue-jumping when there is “no legal queue” for asylum seekers who do not come from Ukraine, Afghanistan, Hong Kong or Syria while labelling it “disgraceful” that people fleeing Afghanistan or Syria are having to wait so long to be processed.

Setting out his own vision for a more compassionate asylum system, he proposed instead offering safe ways for people to get to the UK and to receive assessment and, where appropriate, protection.

He will called for the expansion of family reunification models and community sponsorship, as well as creating humanitarian visas and corridors from a greater number of countries, while also suggesting an improved system for triaging those who arrive based on the likelihood of them being offered asylum.