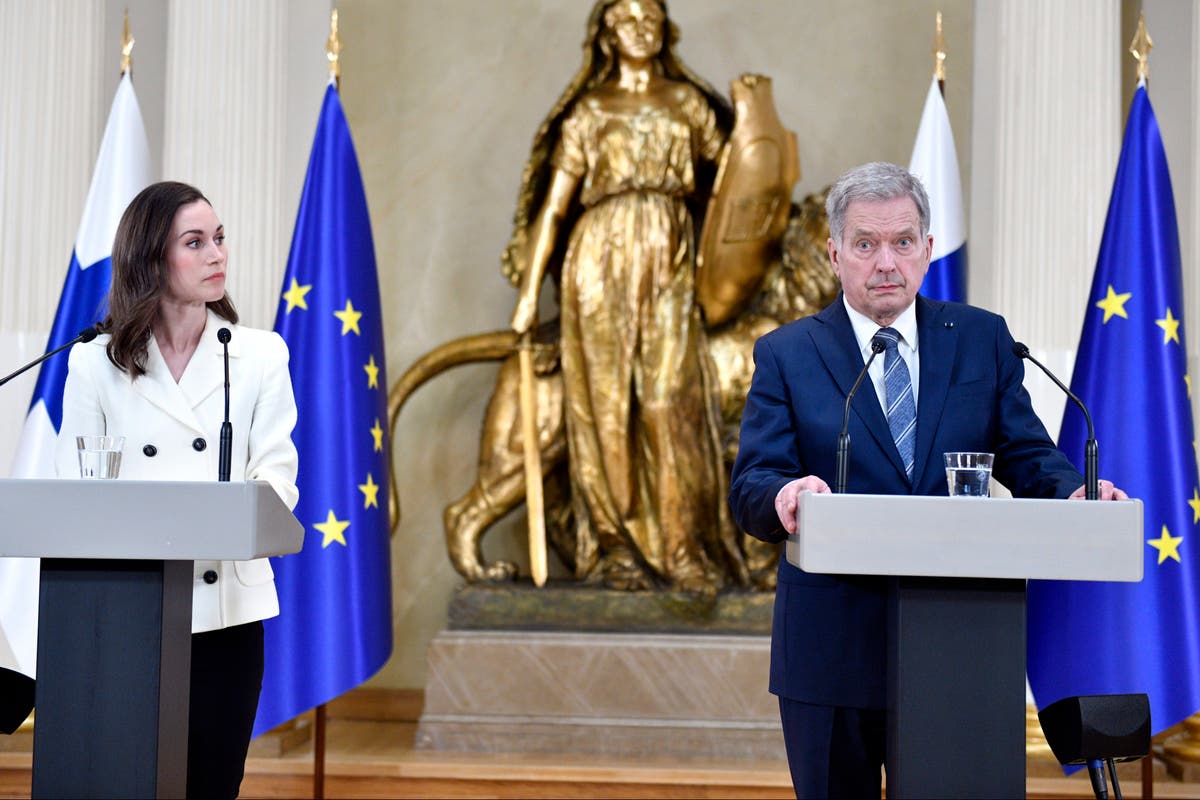 inland will join Nato, the country’s government announced on Sunday.

Nr Niinisto said at a press conference: “A protected Finland is being born as part of a stable, strong and responsible Nordic region.

“We gain security and we also share it. It’s good to keep in mind that security isn’t a zero-sum game.”

The country, which shares a 810-mile border with Russia, had previously opted against joining the allinace.

Since the war, however, FInland and Sweden have both chnaged their stance on Nato.

Ms Marin said: “Our decision is historic. As a member of Nato, we will also be responsible for the security of the alliance as a whole.”

Finland is now expected to formally submit its application to the 30-nation alliance next week.

The decision comes as foreign leaders met in Berlin to discuss the Ukraine war and the expansion of the alliance.

Prior to the announcement, Russia had threatened both Finland and Sweden over their impending membership.

The Kremlin said: “Finland’s accession to Nato will cause serious damage to bilateral Russian-Finnish relations and the maintaining of stability and security in the Northern European region.

“Russia will be forced to take retaliatory steps, both of a military-technical and other nature, in order to neutralise the threats to its national security that arise from this.”