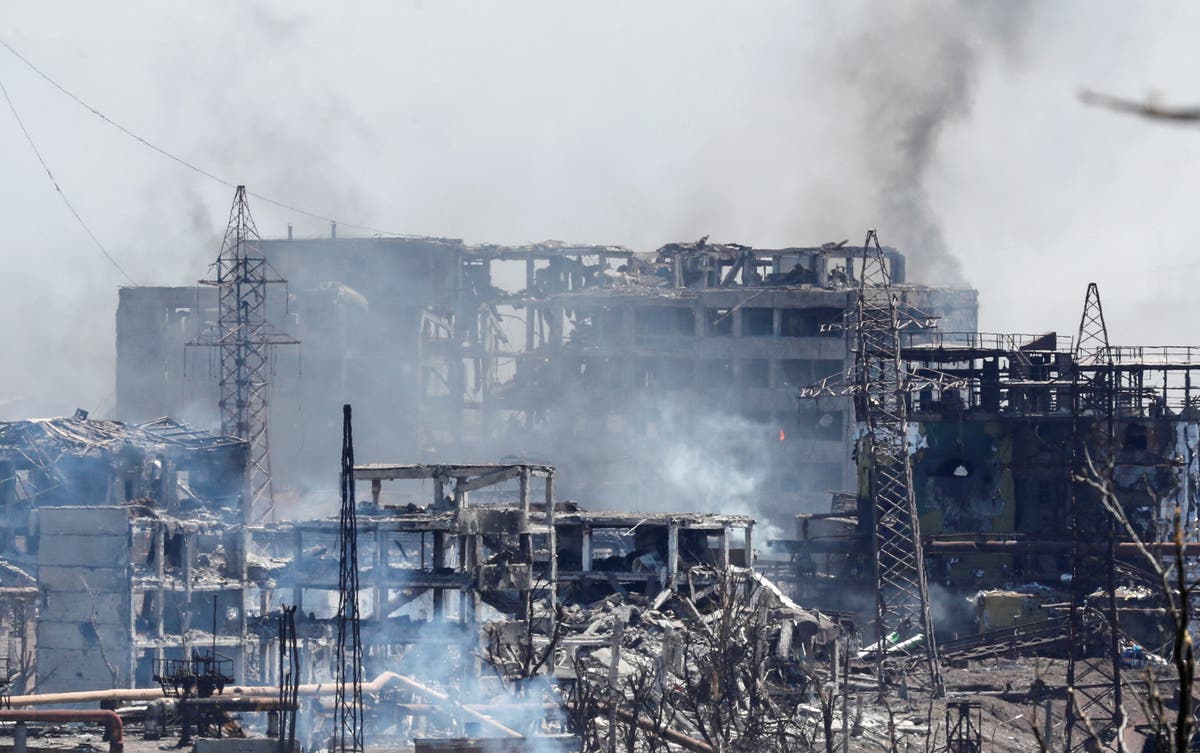 ussian forces have been accused of using phosphorous bombs on the undersiege Azovstal steel plant.

In a video posted by Anton Gerashchenko, adviser to the Minister of Internal Affairs, footage shows what appears to be phosphorous bombs dropping on the plant – although this has not been confirmed by western officials.

Although not banned outright, it is illegal to use the weapon on civilian targets, although militaries across the world use the bombs to mark territory or to create a smokescreen. The substance is highly toxic and ignites on contact with oxygen.

The plant has been the base of approximately 2,000 Ukrainian troops from the Azovstal batallion.

Last week, Ukrainian forces managed to evacuate all remaining civilians from the plant.

The troops left in the steel works have suffered more than 12 weeks of constant bombardment from Russian troops in the valuable city of Mariupol.

While the attack on the plant continues, the Ministry of Defence (MoD) siad Russia’s offensive has “lost momentum” while up to a third of its ground force has now been lost since the invasion of Ukraine began.

“Russia has now likely suffered losses of one third of its ground combat force it committed in February.”