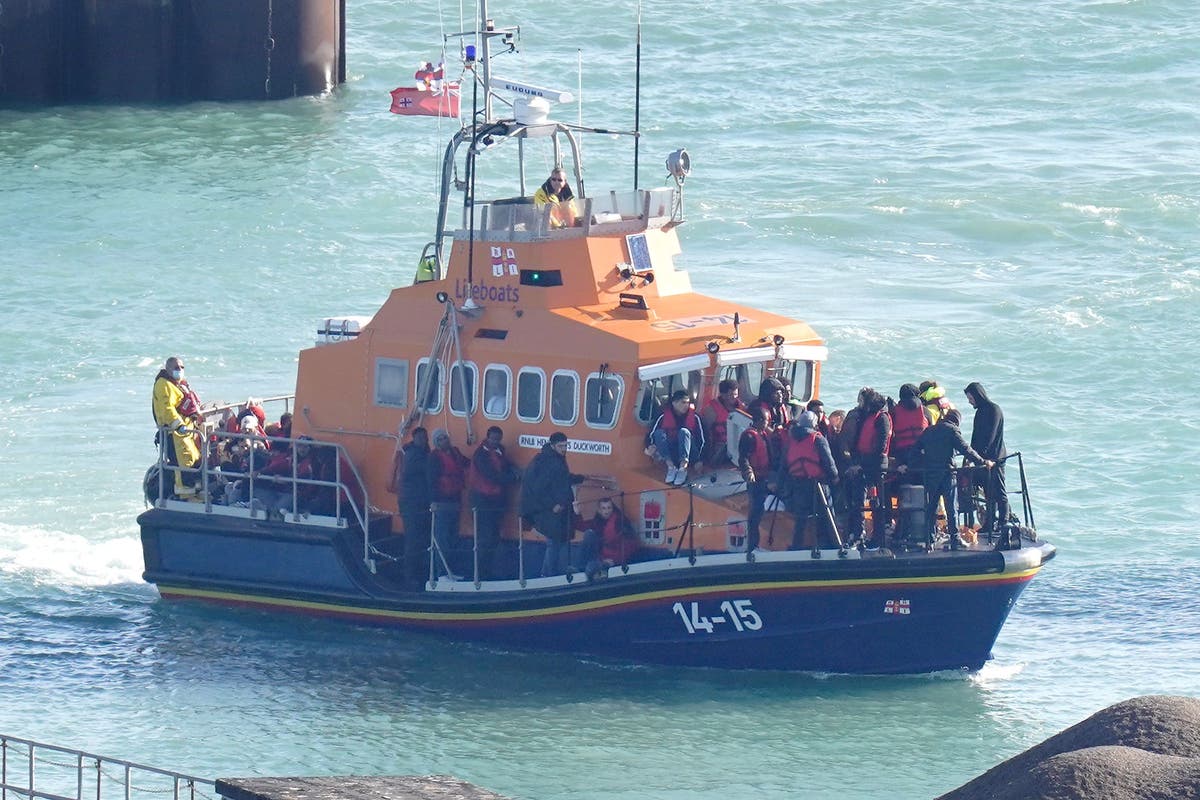 he Home Secretary admitted the Government has failed to control the UK’s borders as she blamed migrants crossing the Channel for overcrowding at the Manston processing centre.

Suella Braverman also struggled to explain the legal routes which asylum seekers fleeing war and persecution could use to come to the UK, prompting criticism that she was “out of her depth” and did not understand her own policies.

She was repeatedly questioned over where the fault lies for the problems at the Kent migrant holding facility when she faced the Commons Home Affairs Committee for the first time since her appointment.

The former military airfield near Ramsgate stood empty on Tuesday after everyone held there was moved into hotels but it has been dogged by controversy over the past few weeks, with ministers coming under fire over the conditions.

At its peak earlier this month, 4,000 were being held there – more than double its 1,600 capacity – a move branded a “breach of humane conditions”.

The Home Office has now been threatened with five legal actions over the site.

Speaking to MPs on Wednesday, Ms Braverman said: “I’m not going to point the finger of blame at any one person. It’s not as simple as that.”

Asked again, she said: “Listen, I don’t think it’s helpful to point the finger of fault at anyone.”

Ms Braverman said “people smugglers” and “people who are choosing to take an illegal and dangerous journey to come here for economic reasons” are to blame.

Tory MP Lee Anderson told Ms Braverman more asylum seekers are being housed in hotels because “the Home Office has failed to control our borders and it’s not fit for purpose at the moment”.

She replied: “We have failed to control our borders, yes. That’s why the Prime Minister and myself are absolutely determined to fix this problem.”

Also in the wide-ranging session:

– MPs said there is a “shortage of safe and legal routes” to claim asylum in the UK after Ms Braverman struggled to explain how a 16-year-old orphan escaping an African warzone and religious persecution to join their sibling in the UK would do so without being deemed to have arrived in the country “illegally”.

– Home Office permanent secretary Matthew Rycroft confirmed Britain has now paid Rwanda £140 million but said he is still unsure whether the plan to send migrants to the east African nation is value for money.

– Channel Threat Commander Dan O’Mahoney could not say how many Albanian police officers have been posted to the UK to tackle the rising numbers of people from the Balkan state crossing the Channel, apart from one who has been stationed in Manston, since a deal was struck with Tirana in August.

– The Home Office is paying staff bonuses as part of efforts to cut the backlog of asylum cases and targets have been set to speed up decision making on claims.

– The department considered housing asylum seekers in a derelict building which had not been used as a hotel for over 17 years, according to an MP.

Ms Braverman was given legal advice over a potential law breach by holding people at Manston when she was first appointed Home Secretary, MPs were told.

During a testy exchange, she declined to directly say when she received the advice but said she arrived in the department in September “in full awareness” of the crisis.

Ms Braverman said she “was aware from the beginning of my tenure there was a problem in Manston” but cited a “Government convention” on not discussing legal advice.

Mr Rycroft said: “Home Office officials made the Home Secretary aware of the legal position as well as policy options from the beginning of her tenure.”

The Home Office has received five pre-action legal letters about Manston but no judicial review claims have been issued as yet, Ms Braverman said.

MPs also heard that the death of a migrant who had been held there was not suspicious and he had received a “significant level of medical support” after he arrived in the UK on November 12. But officials are yet to track down his next of kin.