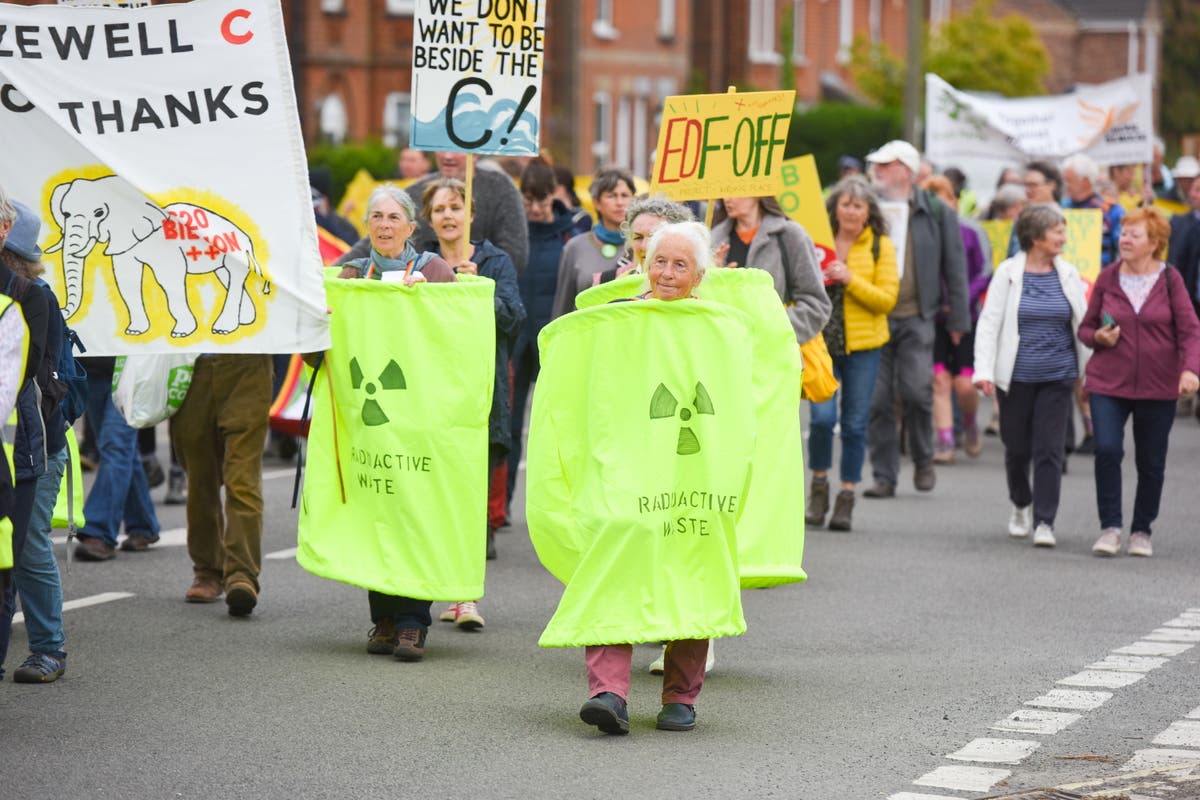 undreds of protesters gathered in east Suffolk on Sunday to oppose the building of the Sizewell C nuclear power station.

Carrying banners that read “chaos coast coming soon”, “EDF-off” and “we don’t want to be beside the C”, the crowd marched from Leiston to Sizewell beach.

The demonstration took place days after ministers deferred a decision on whether to grant development consent by six weeks.

Earlier this week, the Department for Business, Energy and Industrial Strategy set a new deadline of July 8 as it seeks more information on issues such as water supply.

Campaigners say the delay is a recognition of the project’s problems including water supply, transport, coastal erosion and biodiversity.

Alison Downes of Stop Sizewell C said: “A decision to go ahead with Sizewell C would be a wrong decision.

“EDF has clearly not taken this community with them, and the Government has totally betrayed the faith of local people in due process by repeated commitments to Sizewell C when it doesn’t have planning consent, let alone a final investment decision.”

Adrian Ramsay, co-leader of the Green Party, said: “Building a nuclear power station with the kind of subsidy the Government is talking about will lock in raised electricity prices for years to come.

The large-scale Suffolk station is part of a fleet of new nuclear power plants at the heart of the Government’s energy strategy, in which Prime Minister Boris Johnson last month set out aims to boost new nuclear power, offshore wind and hydrogen.

In January, the Government announced £100 million of funding to support Sizewell C’s continued development, with the move aimed to attract further financing from private investors.

If built, Sizewell C would power the equivalent of about six million homes, as well as support up to 10,000 jobs in Suffolk and across the UK.

Its construction is expected to cost around £20 billion and it would be a near-identical replica of Hinkley Point C, the plant currently under construction in Somerset.