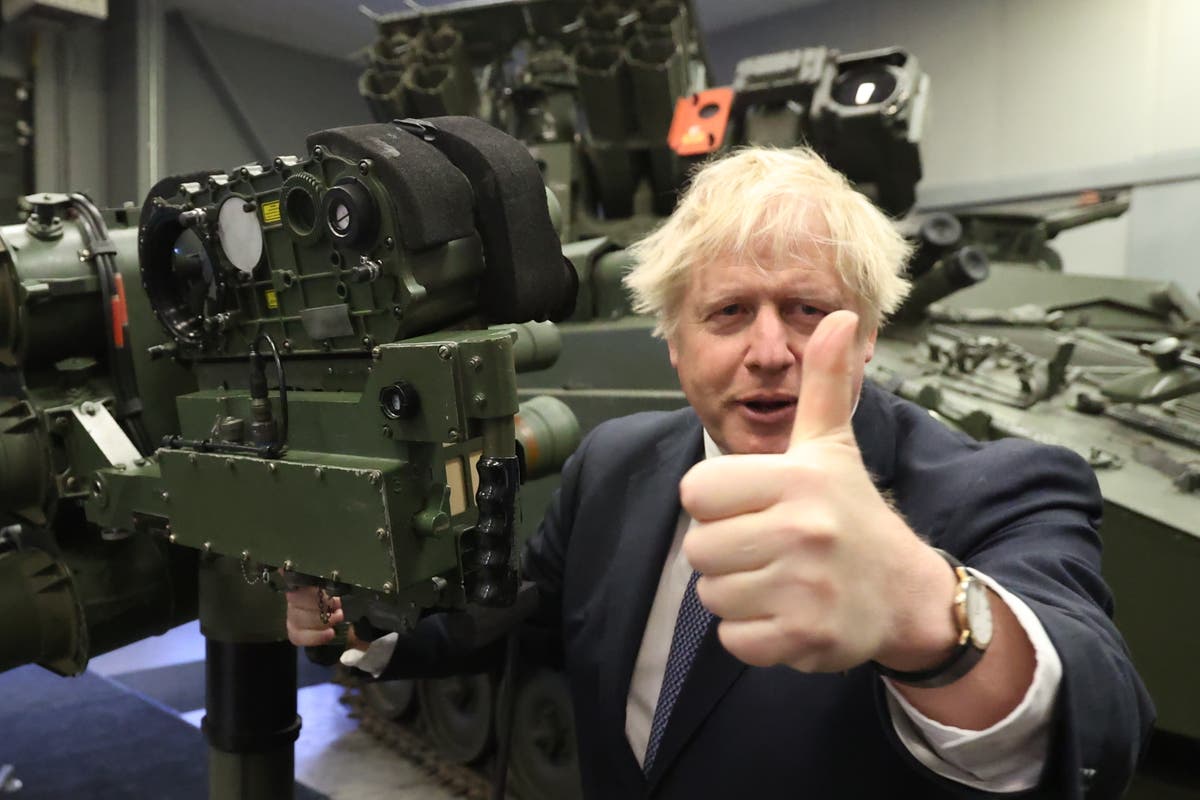 Mr Johnson visited a Thales UK plant in east Belfast during a one-day visit to Northern Ireland on Monday.

He was in the region to encourage the Stormont parties to form a new Executive, however his attention later turned to the Ukraine front line.

The Government is also supplying Starstreak high-velocity anti-air missiles to help Ukrainians defend themselves against aerial bombings, as well as body armour, helmets and combat boots.

The Prime Minister spent a couple of hours at the Thales plant meeting management and touring the facility, as well as being given an insight into how weapons systems such as Starstreak are made.

Mr Johnson joked “watch out everybody” as he peered through the aiming unit of a lightweight multiple launcher missile system.

He described the plant as “amazing” and “absolutely crucial to what the Ukrainians are able to do to protect themselves”.

Thales employs several hundred people in Northern Ireland across a number of plants in Belfast and Co Down.