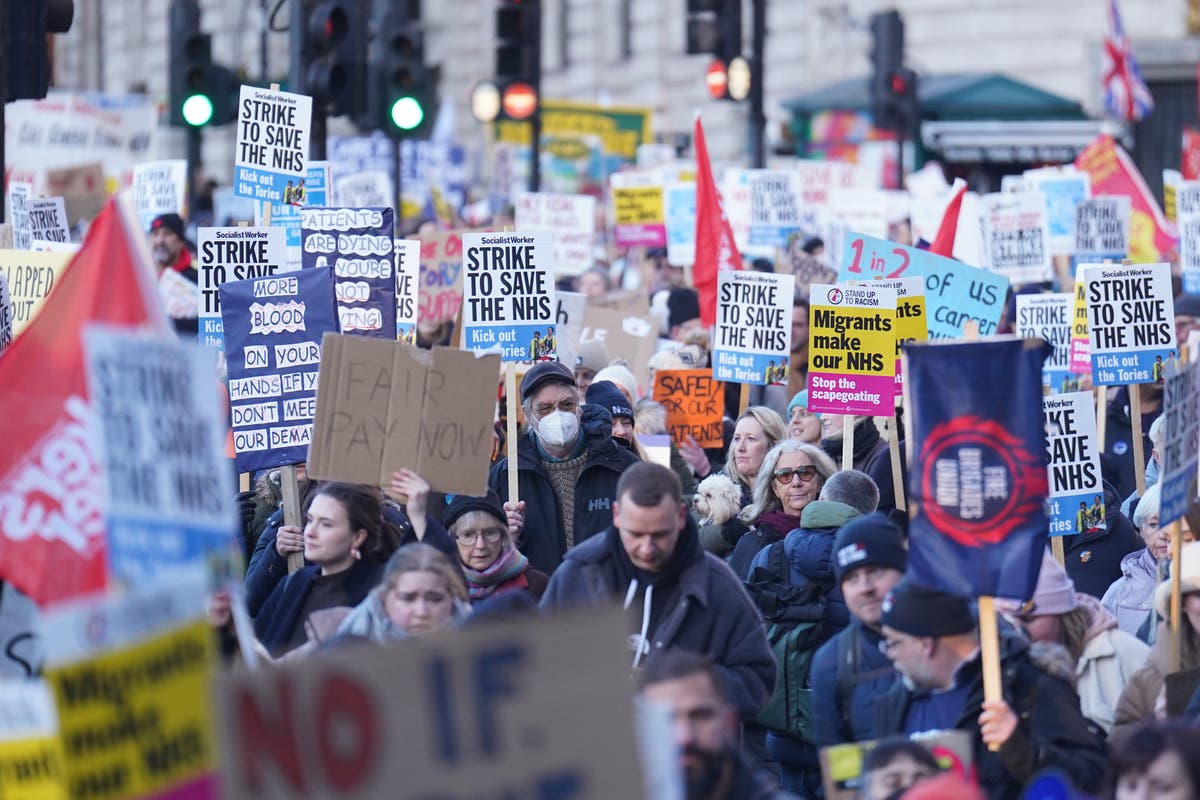 ublic concern about the NHS has soared to its highest level since before the pandemic amid strikes by nurses and ambulance workers.

Pollster Ipsos found 42% of people listed the state of the NHS as a major issue facing the country in January, with more people mentioning it than inflation, the economy or immigration.

The total represents a huge increase on December 2022, when just 27% of people mentioned the NHS as a major issue.

It is the first time the NHS has topped Ipsos’s monthly issues poll since February 2020, and the highest level of concern about the health service recorded since that same month as Covid-19 spread across the UK.

The new year starts with a new concern at the top of Britons’ minds: the NHS is now the most mentioned important issue facing the country

Labour and Conservative voters were equally concerned about the NHS, with 48% of both parties’ 2019 voters mentioning it.

The figures follow a wave of strikes in the NHS and stories about “chaos” in hospitals.

Doctors have described A&E departments as “like a war zone”, while February 6 is set to be the biggest strike day in NHS history with thousands of nurses and paramedics expected to walk out.

The latest poll of 1,000 adults, carried out between January 11 and 17, found concern about the economy also remained high, with 37% mentioning it as a major issue. Some 36% of people mentioned inflation as a major concern.

Mike Clemence, a researcher at Ipsos, said: “The new year starts with a new concern at the top of Britons’ minds: the NHS is now the most mentioned important issue facing the country.

“But this means that there are three big issues in the country right now as the public also remain very worried about the national economy and inflation.”

The fourth most mentioned issue, immigration, trailed well behind these three with just 15% saying they thought it was an important topic.

However, Conservative voters were much more likely to mention immigration, with 29% saying they thought it was a major issue – level with the number mentioning inflation.