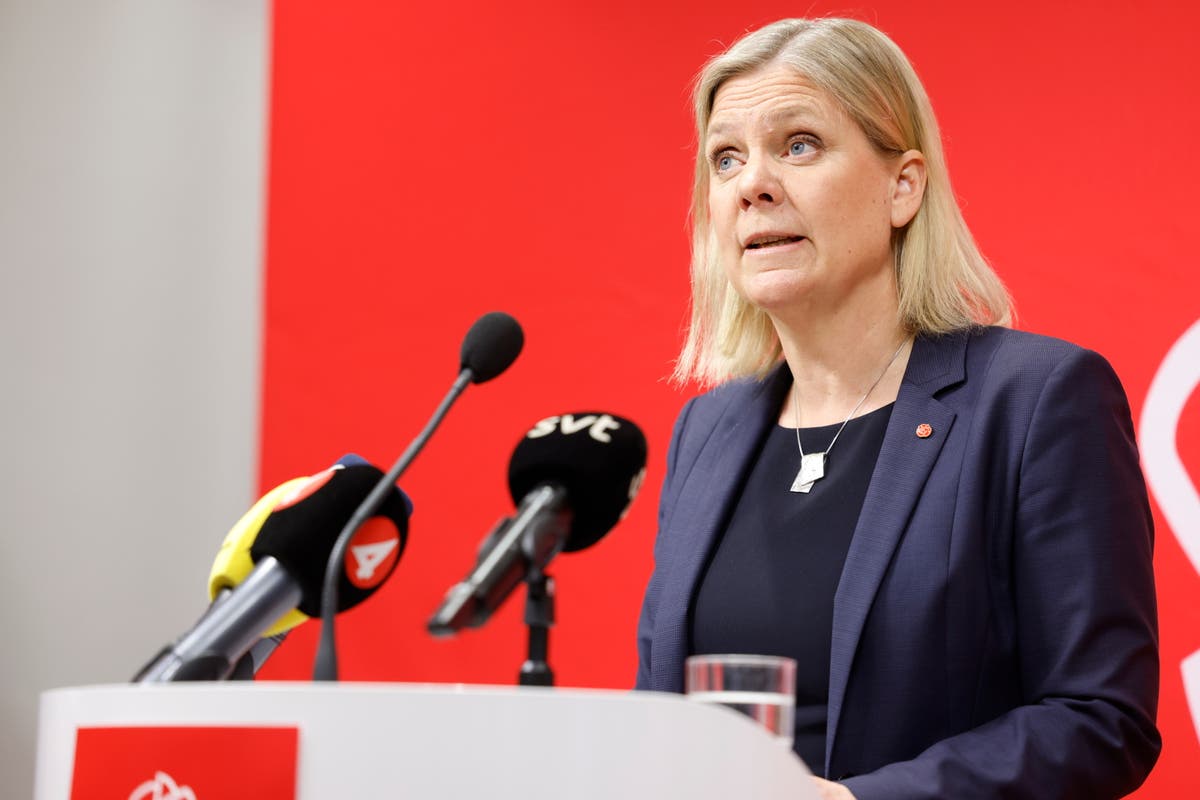 ladimir Putin has “shot himself in the foot” by triggering moves by Finland and Swede because of his invasion of Ukraine, a top military expert said on Monday.

Rear Admiral Chris Parry, a former commander of the UK’s Amphibious Task Group, stressed that the Russian president’s military campaign had backfired to create a “modern nightmare” for him with the expansion of the western military alliance.

“What’s really interesting here is that Vladimir Putin went to war in Ukraine to stop Ukraine joining Nato and for lots of other reasons as well,” he told GB News.

“The last thing he would have wanted would be Sweden/Finland, which constitutes a major part of the Baltic, which is a real neurosis for Russia, to join Nato as well.

“He’s significantly shot himself in the foot here.”

He stressed that during the Cold War Russia had been able to rely on Finland and Sweden being neutral.

“Now, they virtually are going to have a Nato lake in the Baltic,” he added.

“All they’ve got left is Kaliningrad, that tiny exclave between Poland and Lithuania and the approaches to St Petersburg.

“From Vladimir Putin’s point of view, that is a modern nightmare for them.”

Mr Putin said on Monday that the Kremlin had no issue with Finland and Sweden, but that the expansion of military infrastructure on their territory would demand a reaction from Moscow, as the Nordic countries move closer to joining Nato.

The Russian president, speaking in Moscow at a summit of the Russian-led Collective Security Treaty Organisation, said Nato’s expansion was a problem for Russia and that it must look closely at what he said were the US-led military alliance’s plans to increase its global influence.

Sweden was defying Mr Putin’s regime on Monday by following Finland in moving to join Nato despite a warning from Moscow that it would not “simply put up with it”.

Russian Deputy Foreign Minister Sergei Ryabkov branded the move a mistake which would spark a rise in “military tension”.

The move to join Nato from two historically neutral powers would be one of the biggest changes to Europe’s security architecture for decades, reflecting a sweeping shift in perceptions in the Nordic region since Russia sent tens of thousands of troops into Ukraine on February 24.

“The situation is, of course, changing radically in light of what is happening,” the Interfax news agency quoted Mr Ryabkov as saying.

“The fact that the security of Sweden and Finland will not be strengthened as a result of this decision is very clear to us.

“They should have no illusions that we will simply put up with it.”

He added: “The general level of military tension will rise, predictability in this sphere will decrease. It is a shame that common sense is being sacrificed to some phantom provision about what should be done in this unfolding situation”.

But Sweden’s ruling Social Democrats dropped their 73-year opposition to joining the military alliance on Sunday and are hoping for a quick accession, abandoning decades of military non-alignment.

Finland on Sunday also confirmed it would apply to join the Atlantic military alliance.

However, Turkey surprised its Nato allies by saying it would not view applications by Finland and Sweden positively, with President Recep Tayyip Erdogan saying “Scandinavian countries are guesthouses for terrorist organisations”.

Nato and the United States, though, said on Sunday they were confident Turkey would not hold up membership of the two Nordic states in the Western military alliance.

Sweden will send diplomats to Turkey to try to overcome Ankara’s objections to its plan to join Nato, Defence Minister Peter Hultqvist said, with a formal decision to hand in an application expected on Monday.

“We will send a group of diplomats to hold discussions and have a dialogue with Turkey so we can see how this can be resolved and what this is really about,” he told public service broadcaster SVT.

Turkey said it wanted the Nordic countries to halt support for Kurdish militant groups present on their territory, and lift bans on sales of some weapons to Turkey.

Any decision on Nato enlargement requires approval by all 30 members of the alliance and their parliaments, but diplomats said Mr Erdogan would be under pressure to yield as Finland and Sweden would greatly strengthen the military alliance in the Baltic Sea.

“I’m confident that we will be able to address the concerns that Turkey has expressed in a way that doesn’t delay the membership,” Nato Secretary-General Jens Stoltenberg said on Sunday.

Sweden’s parliament will hold a debate on Sweden’s membership application on Monday, a formality as there is already a broad majority for an application. The government will take the formal decision to apply later in the day.