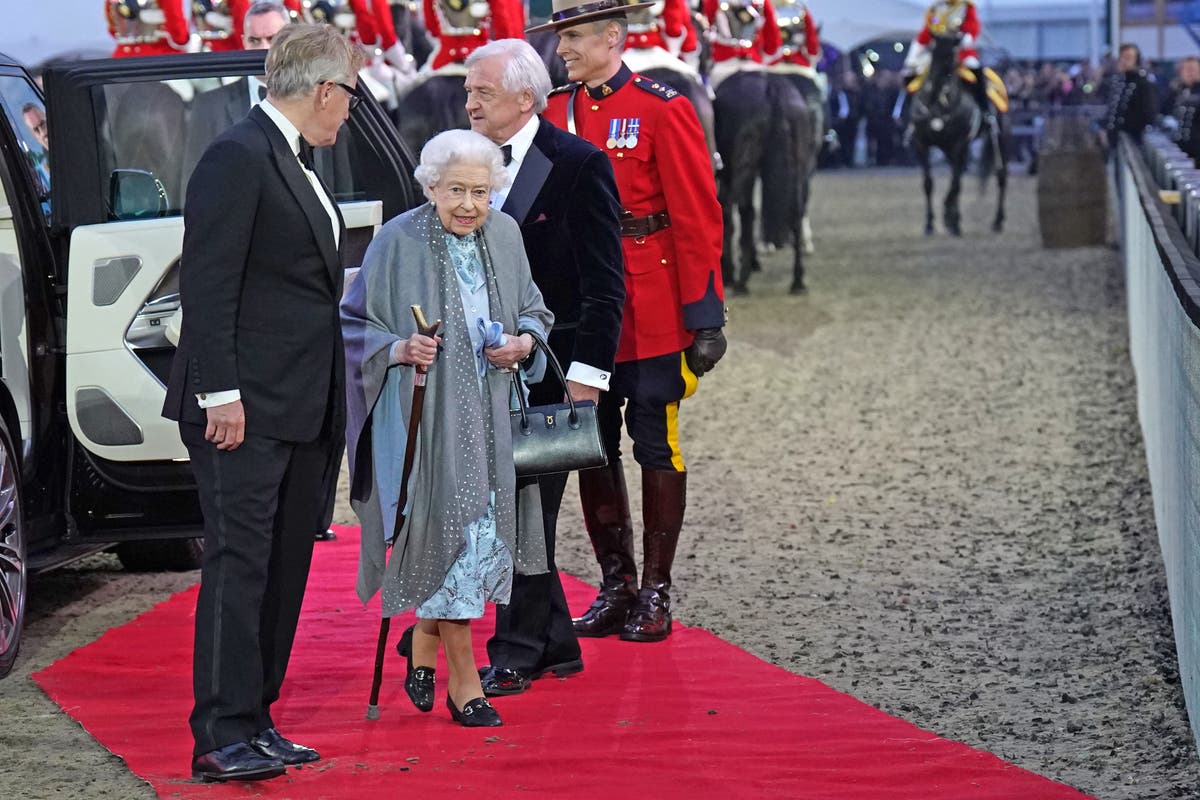 he Queen was honoured with a standing ovation as her Platinum Jubilee celebrations kicked off with a star-studded equestrian extravaganza featuring some of the world’s leading performers.

Hollywood actors Tom Cruise and Dame Helen Mirren – once again playing a Queen of England – led the cast of entertainers who appeared in the first major event marking the Queen’s 70-year reign.

The audience rose to their feet applauding and cheering when the monarch arrived at the arena close to Windsor Castle for the musical and theatrical romp across the centuries called A Gallop through History.

The event was staged by the Royal Windsor Horse Show which has been welcoming spectators for the past three days including the monarch who spent part of her Friday touring the show grounds after earlier missing the State Opening of Parliament.

Despite ongoing mobility issues the Queen walked to her seat in the royal box after she was driven into the Castle Arena escorted by mounted divisions of the Household Cavalry.

She was joined by her son the Earl of Wessex for the show that reflected her life-long passion for horses.

A tri-service guard of honour featuring the Coldstream Guards, RAF Regiment and Royal Navy was in place for the Queen’s arrival which was signalled by the National Anthem being played by military musicians.

Among the celebrities taking part in the show were Damian Lewis, Omid Djalili and Katherine Jenkins, an all-star cast of British and international talent for Sunday’s performance which was broadcast live by ITV.

Ahead of the event Cruise was asked by the PA news agency if he was looking forward to the show, where he is expected to announce an element of the performance, and he replied “absolutely”.

Dame Helen, who won an Oscar for her portrayal of the Queen in the film of the same name, played Queen Elizabeth I as the show began by chronicling the events of the first Elizabethan age from the attempted invasion of the Spanish Armada to leading figures of the day like William Shakespeare.