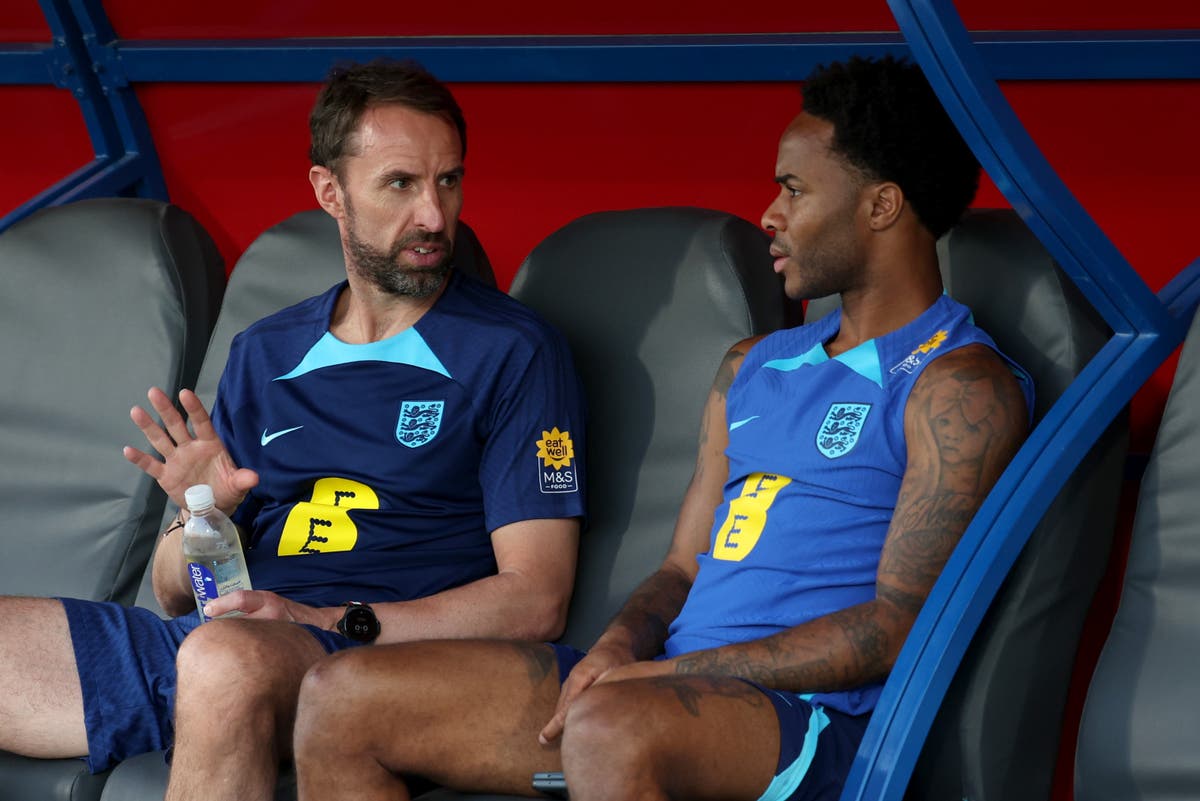 ngland star Raheem Sterling will be “horrified but determined to bounce back” after armed intruders broke into his mansion while his family were inside, friends said on Monday.

The Chelsea winger, 27, flew home from the Qatar World Cup before the Three Lions’ 3-0 victory over Senegal on Sunday night.

Sterling is said to have been shaken and concerned about the well-being of his children following the break-in near Cobham, Surrey on Saturday evening.

His terrified fiancée Paige Milian, 27, raised the alarm when the gang took watches worth £300,000, according to The Sun.

Now Sterling’s team-mates are said to be beefing up security at their homes.

Paul Lawrence, 62, who coached Sterling at Copland Community School in Wembley and helped put him on the road to stardom, told the Standard: “For Raheem to leave the World Cup because of this, he will have a horrible feeling in his stomach.

“No person who claims to be a football fan could have done this. Raheem’s on the international stage trying to do the best for his country, lift everyone’s spirits and give us hopes and dreams. This is probably one of the best chances England has of winning, so it’s terrible.

“I understand why Raheem rushed back to be with his fiancée and children. He’s a family man. Let’s hope that everybody’s okay.

“I’m hoping he can get back to Qatar as soon as possible. We still speak and I know he will be horrified but determined to bounce back.”

Support for Sterling flooded in on social media including from Match of the Day presenter Gary Lineker.

He tweeted: “Thoughts are with (Raheem Sterling) and his family after their awful and harrowing ordeal.”

Sterling may return to the World Cup for Saturday’s quarter-final against France.

It is not known if property developer Ms Milian confronted the raiders or whether they fled when they realised someone was in.

The gang may have thought she and the couple’s sons, five and three, were still in Qatar.

Before England’s games with Iran and Wales she posted Instagram pictures of the family in Doha and was tagged in images with cocktails.

Sterling was also targeted by burglars in Cheshire when he played for Manchester City.

But the thieves were scared away in 2018 when the alarm system activated and left empty-handed. Police tackling serious organised crime have warned of a rise in raids on stars due to gangs scouring social media feeds.

In a press conference after the game, England manager Gareth Southgate told reporters: “Raheem, as the FA statement says, is having to deal with a family situation, so he’s going back to England.

“We’ve got to give him time to try to resolve that or be there for his family. That’s the most important thing at this time, so we’re going to give him that space.

“I spent a lot of time with Raheem this morning, but you know you have days where events happen and you have to deal with them.

“He’s on his way home and, yeah, we’re obviously mindful of him being allowed space and (having) privacy respected, so we don’t want to talk in too much detail.”

England captain Harry Kane sent his best to Sterling at the man of the match press conference in Al Khor’s Al Bayt Stadium.

“Our thoughts are with him and his family,” he said.

“It is a private matter with him, but it’s never easy to see one or your teammates and friends have to deal with something like that.

“We will take it day by day and take the best decision for him and his family.

“From us as a team we send him our best and hope to see him as soon as possible.”