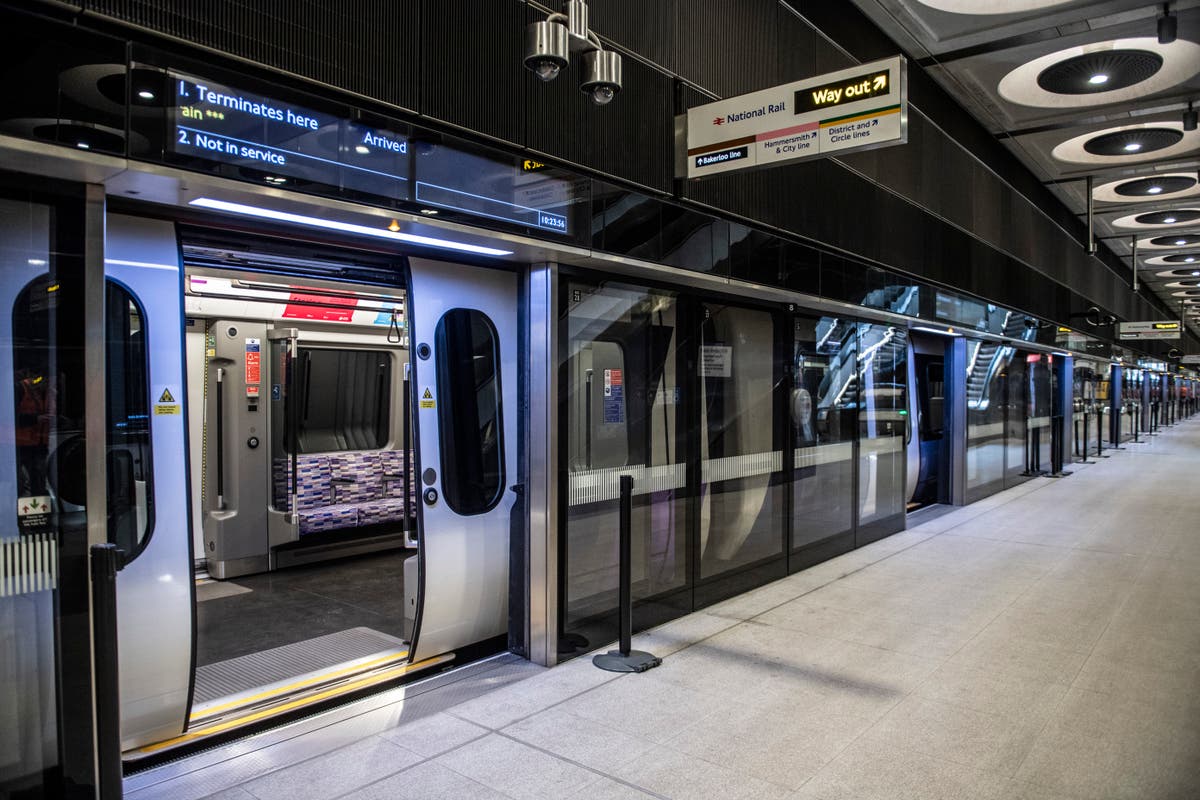 It felt like stepping into the future. After more than three years of delays and wrangling over budgets, the Elizabeth Line has finally arrived in London – and it’s every inch as impressive as I’d hoped.

The journey from concept to construction has been long and arduous for Transport for London (TfL), the Greater London Authority and Londoners themselves. The opening also comes at a time of acute political difficulty for TfL, who are locked in a funding standoff with ministers and facing the closure of other services if a deal is not agreed.

Descending the escalator into the cathedral-like space that is Paddington Station, concerns over the expense of the project and its chaotic timeline melt away. This is a first-class transport experience; the likes of which Britain has never seen before.

Ahead of the grand opening on May 24, the Standard was given a glimpse of the new line on a journey from Paddington to Whitechapel. We look at what you can expect from London’s most ambitious transport project.

After my painfully long journey from Deptford to Paddington involving the DLR, Jubilee and Bakerloo Line, the most immediate advantage of the Elizabeth Line became clear – it is incredibly fast.

It felt barely believable that we had left Paddington and pulled into Whitechapel in the space of 14 minutes. A trip between the two stations currently takes around 35 minutes on the Hammersmith and City Line.

Speedy trips open up possibilities. TfL officials say the sheer ease of reaching major train stations such as Paddington or Liverpool Street will encourage those living outside London to travel into the capital more often – in turn boosting business in the city centre. Too often, the hassle of a long journey with multiple changes has been the difference between an evening in and a night on the town for many on the outskirts of the capital.

For commuters, the Elizabeth Line is a dream: Tottenham Court Road to Ealing Broadway will take 13 minutes while Paddington to Slough will take just 26 minutes. These new sections, set to launch in the Autumn, will connect London’s suburbs to the city centre in an unprecedented fashion.

Passing through Bond Street is a brief reminder of the Elizabeth Line’s tricky past: it is still the only unfinished station and will not open on May 24. However, it is expected to be ready by September.

One of the most striking aspects of the Elizabeth Line is how gloriously silent it is.

Gone are the failed attempts at conversation over the blood-curdling screech of the Central Line as it pulls into its stop; Elizabeth Line trains make so little noise you can realistically have a quick nap on your morning commute.

While trains on other lines seem to heave themselves noisily to the next station, the Elizabeth Line positively glides. This is possible, TfL says, due to the work of new rail milling and purpose engineering trains which will carry out maintenance work on the tracks while London sleeps.

These will eliminate sparks, fire and dust created by rail grinding trains and leave behind a smoother surface – in turn reducing unnecessary noise on your journey.

Carriages on the Elizabeth Line are airy and spacious, with each nine-coach train providing space for around 1,500 customers. At around 200 metres in length, they are over one and a half times longer than the longest tube train.

And this sense of personal space does not just apply to the Elizabeth Line’s trains – its stations are cavernous, sleek, and accessible.

TfL’s chief operating officer Andy Lord says that Paddington station is so large you can fit The Shard – London’s tallest building – inside. Its 260-metre-long platforms are double the average length of a tube station platform and feel big enough to handle even the most intense Monday evening rush hour.

Another impressive feature of Crossrail’s stations is the abundance of artwork– making it feel distinctly London. Spencer Finch’s ‘A Cloud Index’ – a spectacular, 120-metre-long roof canopy depicting 32 different types of clouds – gazes down at commuters as they descend the escalators at Paddington.

Artworks at other stations showcase the diversity of London. At Whitechapel, Chantal Joffe’s series of two-metre collages depict a multigeneration, multicultural spectrum of east Londoners going about their daily lives.

The integration of art into the passenger experience brightens even the most miserable Monday morning commute and – along with the Poems on the Underground series – continues TfL’s tradition of transforming travel in London into a cultural experience.

Travelling on the Elizabeth Line to Whitechapel, at times, felt too luxurious to cost £2.50.

The colour scheme is also impressive, with the ‘Crossrail purple’ livery on the seats blending smoothly with the train’s white and lilac exterior.

To everyone’s delight, wifi and 4G will also be available on every train.

Vast and much-needed improvements have also been made for disabled people, with dedicated spaces for wheelchairs in each carriage and step-free access in every station. This will also come as a relief for anyone who has attempted to climb the 193 stairs at Covent Garden after a night out.

All in all, Londoners tapping into Elizabeth Line stations on May 24 can expect to be blown away. At first glance, TfL have delivered exactly the world-class service that we were promised for so long.